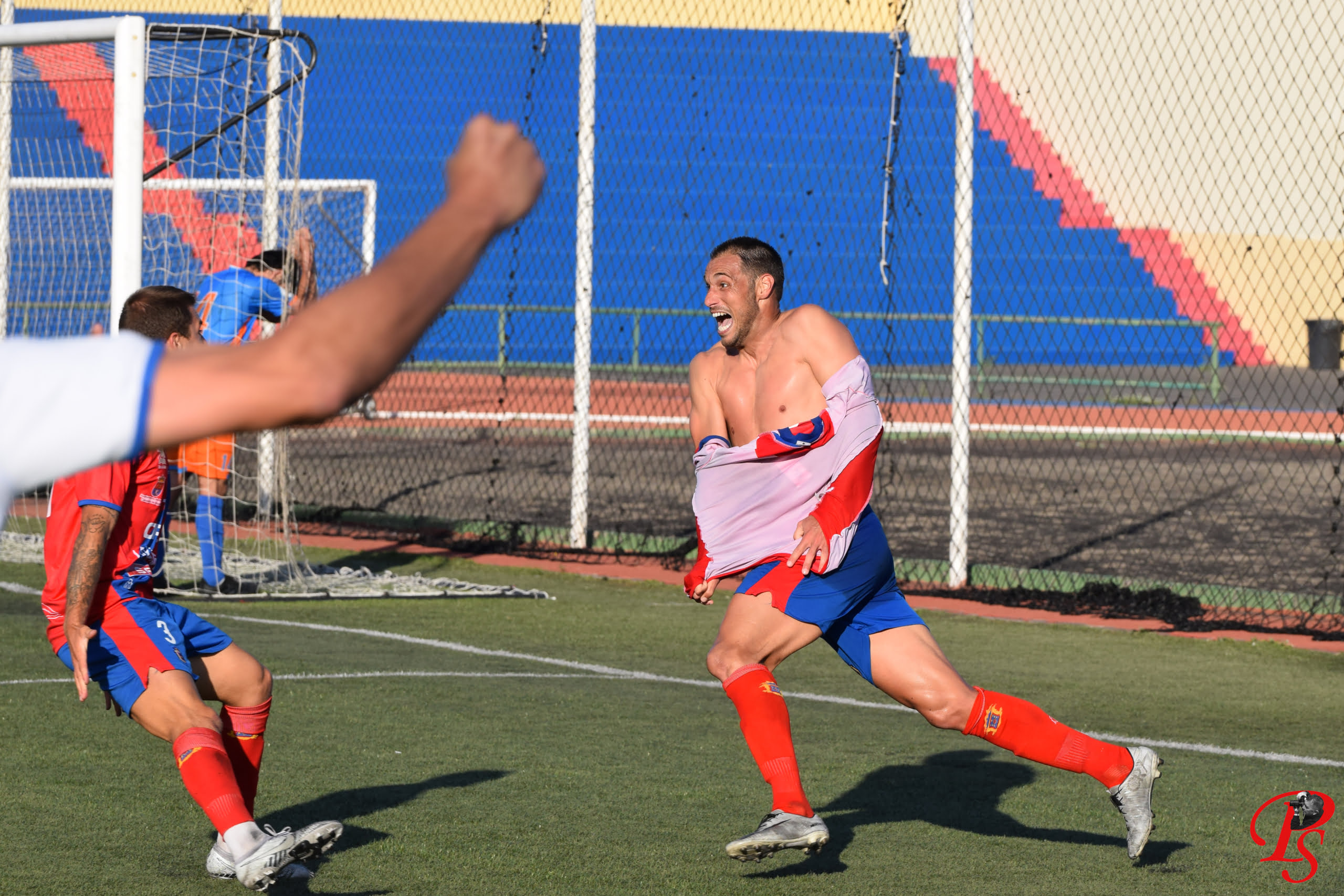 A 91st minute winner from Captain Fantastic Rosmen gives the Rojillos all three points and a huge amount of breathing space to escape the relegation playoffs.

The second placed side took hold of this match from the start. The Rojillos were under onslaught from the opening minute with the Gran Canarian side passing crisply and had their opposition chasing shadows. 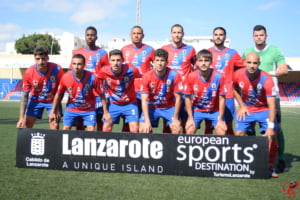 In the 7th minute the visitors had a wonderful chance to take the lead. A cross from the left fell into the path of striker Braulio, he controlled the ball well but his strike from ten yards went high and wide.

The pace of the San Mateo attackers were a constant threat but in the heart of the Rojillo defence stood Raúl, Dani and Matheus and throughout the match they gave their heart and soul to the cause diminishing out any threats.

After the initial stampede from the visitors the Rojillos began to get a foot on the ball and on the half hour a cross from the right by Oriol was only inches away from the oncoming boot of Javi Morales. Lanzarote were still under pressure but there was a feel of confidence growing through the team.

On the stroke of halftime the Rojillos keeper Alejandro produced a great diving save to his right from midfielder Raúl from 15 yards to ensure his side went into the break level with the promotion chasing side.

Lanzarote have had the most hectic schedule of matches over the last month than any side in the league however their opposition have also played two games per week for the last fortnight and were feeling the effects.

Even though this game was goalless it was an absolute cracker which had you on the edge of your seat. Both sides were desperate for three points and whilst threats directly at goal were few and far between one felt that could change in an instant.

In the 91st minute Rosmen sprinted like a teenager to take a throw in the oppositions half. His attitude, energy and downright quality can only rub off on his team mates and from that throw the ball ended up with Miguel Gómez. He swung in a beauty of a cross into the box, sub Guti got a good head on it and the 40 year old Rosmen guided the loose ball into the bottom left hand corner giving his side an incredible 1-0 lead. 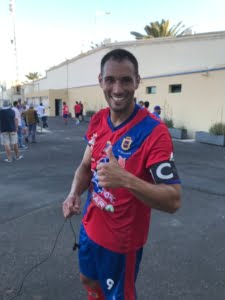 The one, the only ROSMEN!

The visitors gave all they could with the three further minutes of added on time but they were met with an inspired Rojillos defence as Lanzarote claimed all three points and gave themselves a three point breathing space between them and two other teams with two games to play. 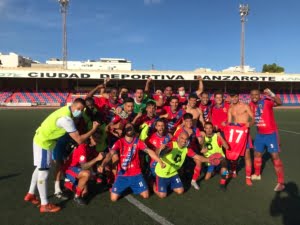 All happy with their days work

Lanzarote´s next match is away this Sunday versus CD Unión Puerto. The Fuerteventura side are the team directly behind Lanzarote in the league and a win for them to close the three points and take it to the last match is imperative.

Lanzarote remain in sixth spot but are only a point behind Unión Viera in fifth and will want six points on the board in their last two matches to move into the promotion positions in a better standing. Following the end of this league all teams will be in the playoffs whether it’s for relegation or promotion. To understand this well though up system click on this link https://mercancialanzarote.com/2020/09/22/explaining-the-canarian-league-system-for-2020-21-season/