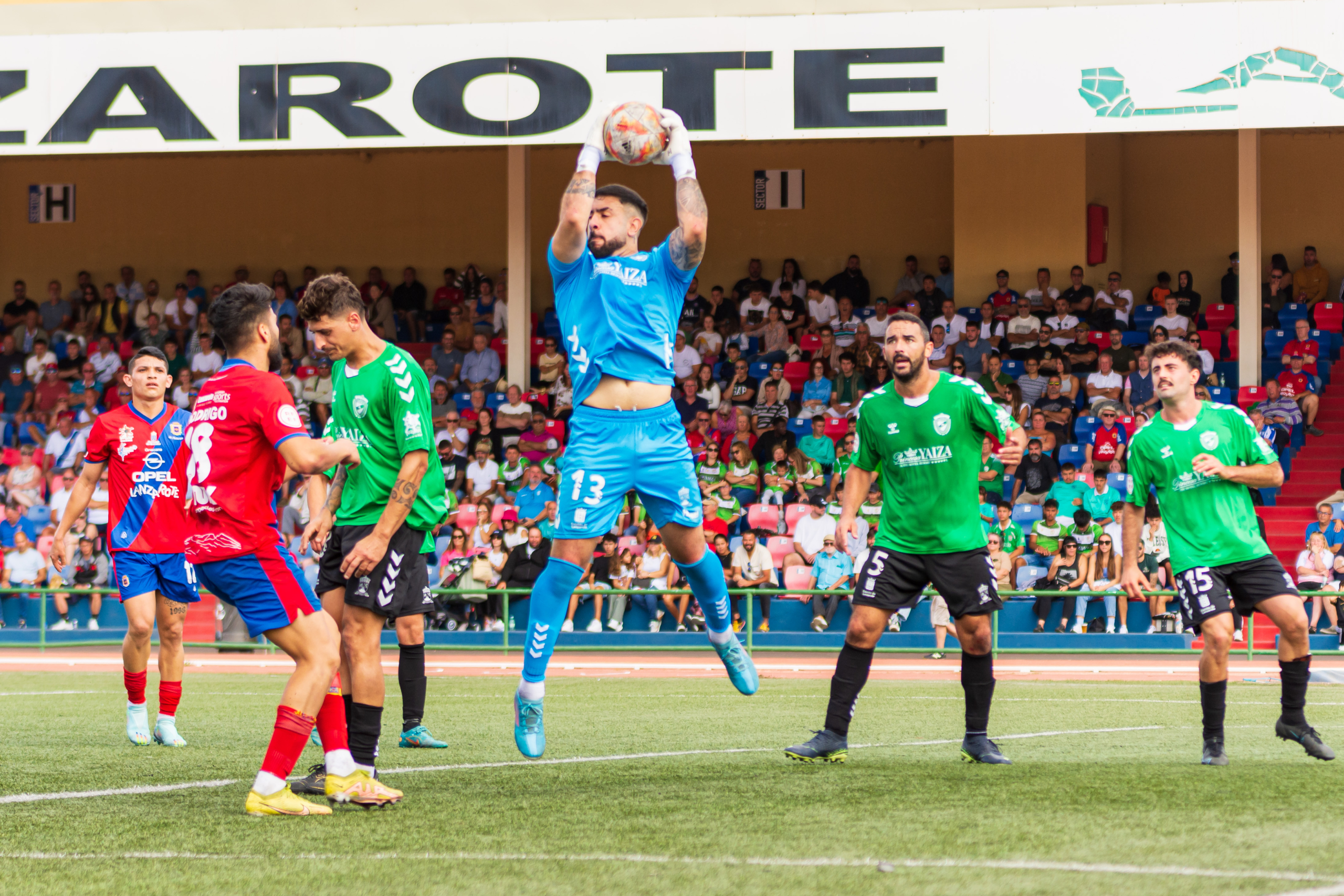 For the second consecutive year lightning hits twice as in form Rojillos go down to their derby rivals by a goal to nil.

The two teams have met eight times in Arrecife and each team has won four of those games and in all of those matches no side has ever scored once they have gone 1-0 down.

The Rojillos began the opening minutes well and in the 5th minute Meca struck across goal narrowly missing the far left hand post. That was really as good as it good for Lanzarote in the first half.

Despite being third from bottom and three points from safety Yaiza were not afraid to take the game to Lanzarote and only moments after Lanzarote´s initial threat, a shot from striker Acorán forced Rojillos keeper Ruymán into a save. 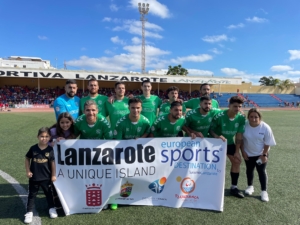 Yaiza were the more threatening though neither goalkeeper was called into further action in those early stages, then in the 20th minute the visitors won a corner. Ex Rojillo Javi Melián swung the ball in deep and Acorán lost his marker and from six yards and completely unchallenged headed cleanly home to send Yaiza 0-1 up. 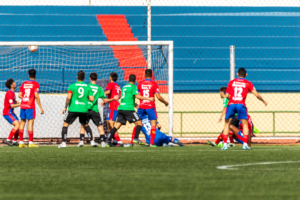 Yaiza 0-1 up with Acorán heading downwards with the ball bouncing into the roof of the net.

The goal did seem to wake the Rojillos up but it had also given Yaiza belief and helped them find that extra yard when defending. Lanzarote had the majority of possession as the half ended but a solid green wall in the middle and in the defence prevented Lanzarote having a strike on target.

Rojillo fans, many of them with fresh memories of last season´s dismal 0-1 home loss to Yaiza were beginning to think it was déjà vous as Lanzarote still failed to create chances and it was now heading to midway through the second period.

In the 63rd minute Rojillos manager Mateo García made a triple change which included bringing on Captain Ayoze Pérez. An injection of urgency now became notable as the Lanzarote skipper began to dictate play.

It seemed as though Ayoze had levelled in the 69th minute as his free kick from 20 yards left the Yaiza keeper motionless but unfortunately his effort sailed inches past the left hand post.

The home side piled on the pressure winning corner after corner and in the final minute there were claims by some players and fans for a penalty but those cries were more in hope than belief. 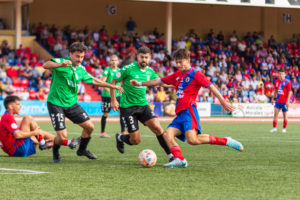 The Rojillos responded but it was too late.

The Yaiza defence withheld the storm and have taken four points out of a possible six from Lanzarote this season. They remain in the final relegation position but are now only goal difference away from safety.

Lanzarote remain in the final playoff position, fifth spot but their gap has been reduced from five to two points and they still remain six points adrift of new league leaders CD Mensajero.