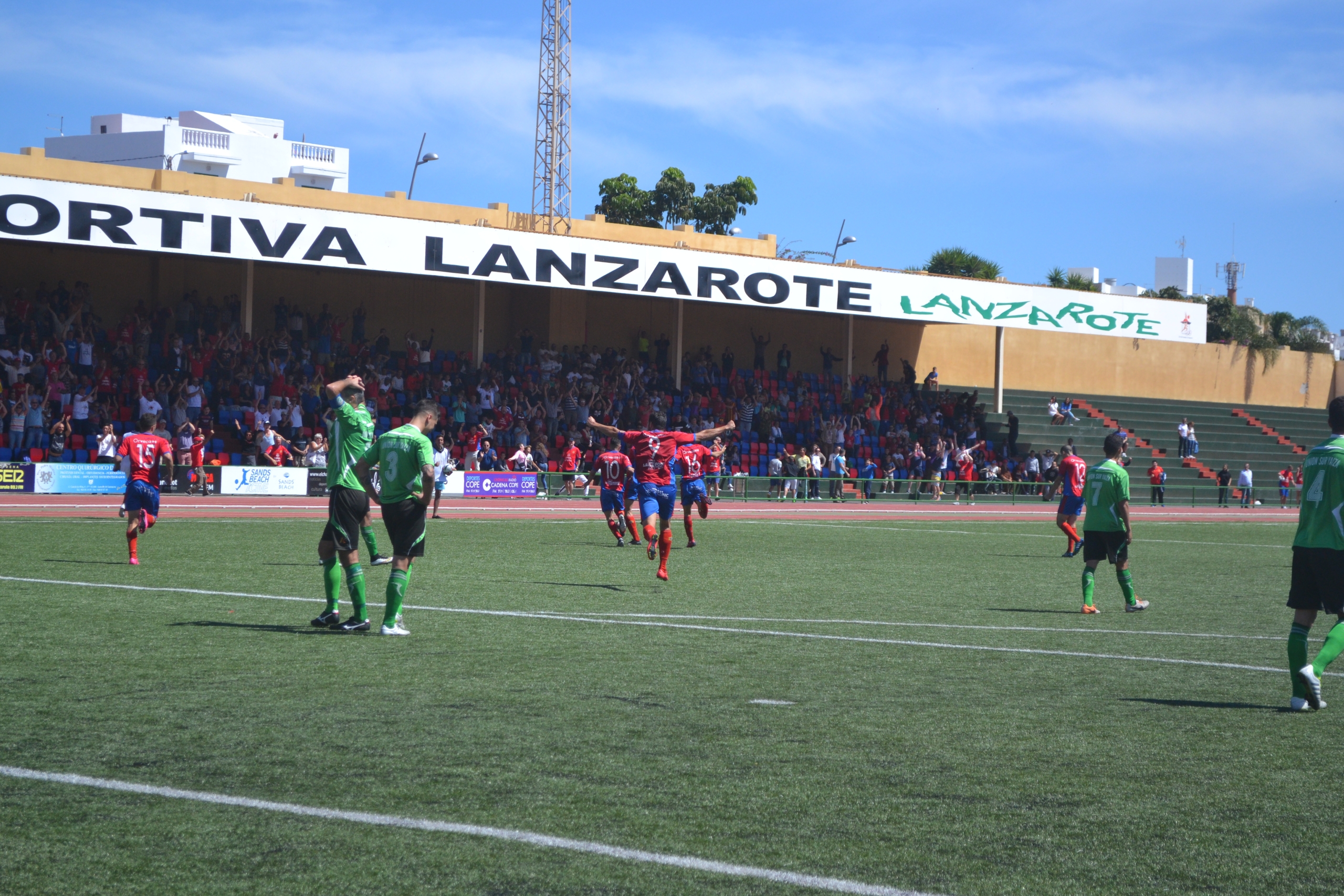 This Sunday 15th January Lanzarote face local rivals U.S. Yaiza at 12 noon in Arrecife. Doors open at 11am. Pay on the gate 8 Euros adults and 6 Euros Pensioners (Residents have a 2 Euro discount), children under 16 years are admitted for free. If you are coming by bus or taxi have a mask with you. Not needed in stadium.

Derby days are always important matches but this Sunday a win for Lanzarote could see them move into 3rd spot and stamp and extend their current five point cushion in the playoff positions. In contrast Yaiza are in the final relegation position and defeat could see them slipping to five or even six points from safety.

The Rojillos have been in scintillating form with no team having scored more goals than Mateo Garcia´s men. In their last 10 matches they have tasted defeat just once and have won their last two games. Only up until a few games ago Lanzarote were 11 points from the league leaders and nobody thought about challenging for top spot but now that is reduced to six points so a win Sunday and a win against the league leaders next week could be the beginning of a title challenge.

Going into December Yaiza were rooted to the bottom and the only team without a win this season. A change of manager then inspired them to two 3-2 wins on the bounce but this was followed by last Sundays 3-0 loss to CD Mensajero which has left them three points from safety.

The visitors have a good record against UD Lanzarote which was emphasized last season in a last minute goal for a 0-1 win in what was a shambolic Rojillo performance. Both teams met in the opening game of this season and Lanzarote tore Yaiza apart in the first half and should have gone into the break with more than their 0-2 advantage.

A sending off for Rojillo striker Di Renzo early in the second half inspired Yaiza as they fought back to earn a draw at two goals apiece.

Arrive early to avoid queues at the ticket box and always handy to have the correct change. Season tickets for the remainder of this campaign are reduced (Adults 35 Euros, Pensioners 20 Euros, 7 home games remaining) and can be bought at the gate on match day or from the shop in Costa Teguise Monday to Friday 10am to 1pm and Wednesdays 5-7pm.