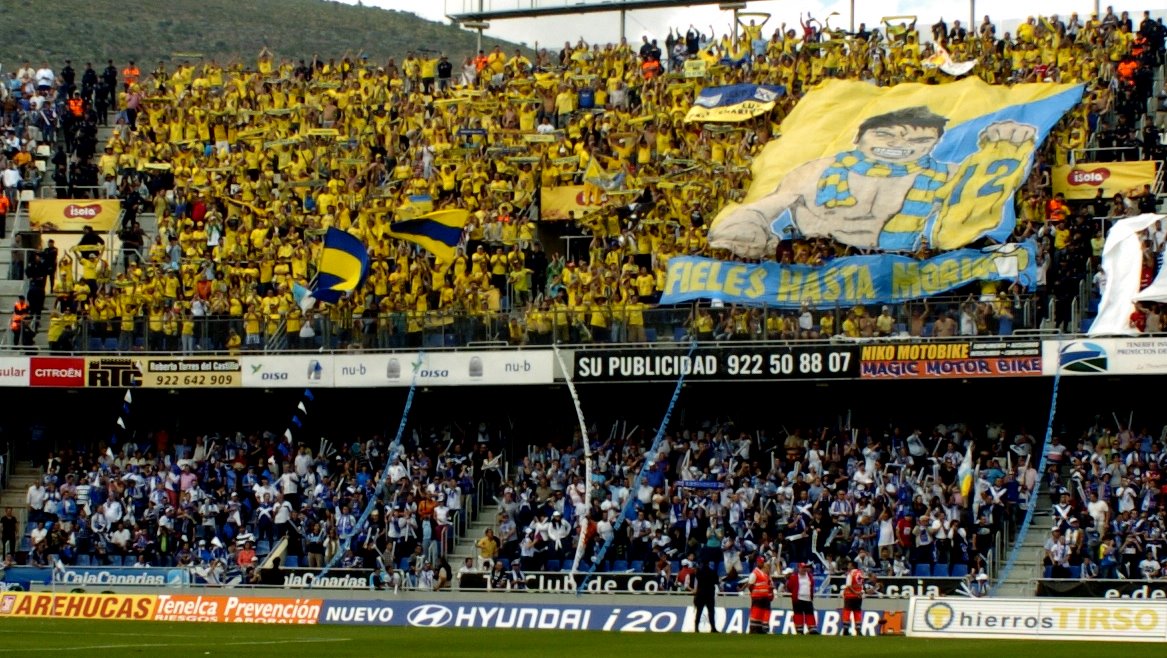 The league season in Lanzarote´s division only met its conclusion last week when CD Tenerife B lost 1-0 in the playoff final in Madrid to U.E. Olot. Not only has CD Tenerife B failed in its bid for promotion but because of this fellow Tenerife side CD Buzanada has also been relegated.

This means a total of seven sides in a 17 team league have been relegated. Many clubs in the Canarian Islands and in the mainland have complained to the Spanish Football Federation about the viciousness of the relegation system this season but because of new league structuring their complaints have fallen on deaf ears.

The restructuring of the Spanish league system will need its own explaining but I will do that another day but what it does mean is that Lanzarote were in the fourth tier but now it is the fifth tier. The only promoted side this season is CD Atlético Paso and the La Palma side will be the only Canarian club representing the islands in the fourth tier of Spanish football.

Today is Canarian Day and it is a public holiday on the islands (Dia de Canarias) and processions will be taking place with Canarians and residents dressing up in traditional dress to enjoy festivities.

The two biggest football clubs in the Canary Islands are CD Tenerife and UD Las Palmas from Gran Canaria. Both of these teams have had brilliant seasons in the Segunda Division (Championship 2nd Tier) and have finished the league season in the playoff positions.

As it happens an extra celebration for Canarian Day will take place this Wednesday (1st June) when these teams meet in the semi-final 1st Leg in Tenerife with the second Leg in Las Palmas on Saturday (4th June) both at 8pm.

This is as an intense derby rivalry that would compare to anywhere. There is no love lost between these two sides and these two games will be the most important matches for both clubs in their recent history with a place in the final up for grabs and the chance for a Golden ticket to compete in Spain´s La Liga.

Lanzarote is part of the district of Las Palmas so the vast majority of Conejeros (Lanzaroteans) will be supporting Las Palmas including me. Many Rojillo supporters will never forget how thousands of Las Palmas fans came to support UD Lanzarote when Primera Liga side Sevilla refused to play in Lanzarote because of the artificial turf in the Copa Del Rey match in 2003.

The game was held in Las Palmas with over 3000 Lanzarote fans making the journey by plane or boat then a further 4000 Las Palmas supporters cheered on the Rojillos in an incredible atmosphere but a cross from the late José Antonio Reyes finished off by Brazilian international Julio Baptista in the 13th minute gave the Primera Liga side a 1-0 victory.

UPDATE ON LEAGUE STRUCTURING AND SIGNINGS
Scroll to top