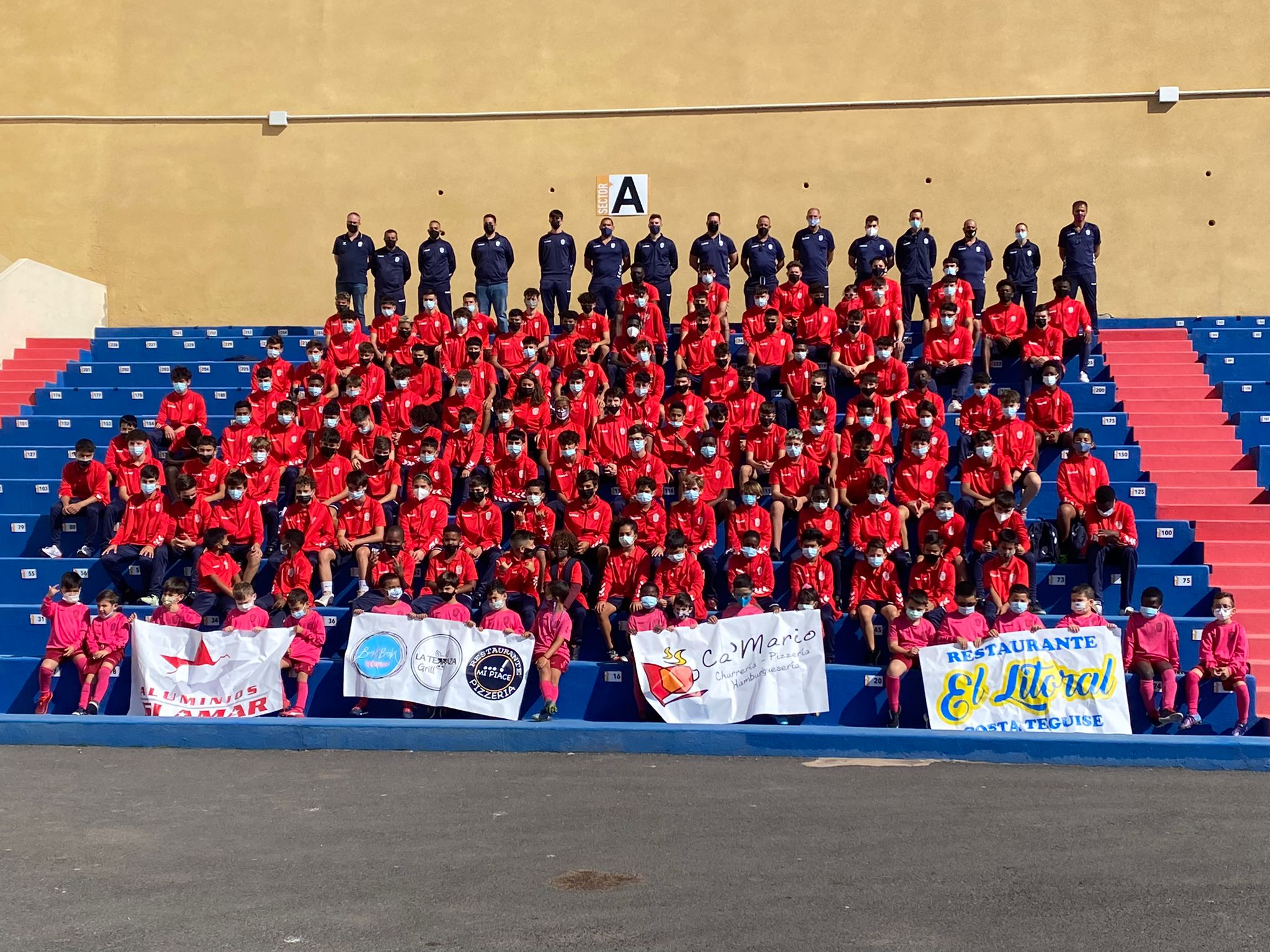 Many of us fans just follow the clubs first team however the junior sides are so important to the club to harvest young talent for the future. This season all the junior teams and the B side have performed superbly to help make it a memorable season.

UD Lanzarote has a total of 12 teams and also a junior football school for children between the ages of 4-7 years. These boys and girls do not have competitive matches but they do play friendly games to give them a taste of what’s in store to see if they wish to continue football as a sport. 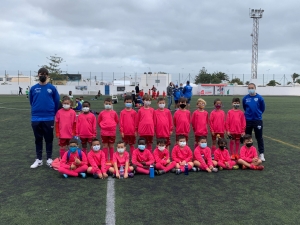 The 4-7 year old’s getting a taste of competitive football.

In most of the junior B sides the children are usually one year younger than the A team.

BENJAMIN A (Under 8 years)

They are currently in second spot in the highest league for this age group on the island and have only lost once this season. Should they win their final match on Saturday 21st May they will be Champions of the 13 team league. https://futbolaspalmas.com/benjamin-preferente-lanzarote/

BENJAMIN B (Under 8 Years)

The B side played in Group 2 of the league below the first team and finished their season in 7th position out of 9 teams. https://futbolaspalmas.com/benjamin-primera-grupo-dos-lanzarote/

The first team is currently in 2nd spot in the 14 team league but has one match remaining this Saturday 21st May and a big win against the side which has conceded the most goals this season would see them be Champions. https://futbolaspalmas.com/alevin-preferente-lanzarote/

Lanzarote have been very strong in this age category this season and the B side won the 11 team league by 9 points to become Champions. https://futbolaspalmas.com/alevin-primera-grupo-dos-lanzarote/

It was neck and neck with Maritima A team all season and even though Lanzarote only lost one match they could only finish in 2nd position three points behind Maritima. https://futbolaspalmas.com/1infantillanzarote/resultados-infantil-preferente-lanzarote.html

The B side were the league’s second top scorers but still finished in 4th place in the 12 team league. They are currently playing the cup matches. https://futbolaspalmas.com/infantil-primera-grupo-uno-lanzarote/

Lanzarote first team captain Ayoze Pérez is the coach of the under 15s first team. They are having a great season and won their group and are now doing well in the playoffs beating Yaiza in the semi-final first leg 1-4 and play the second leg this Saturday 21st at 6pm in Arrecife. Should they progress and win the final they will be promoted to the Inter island league playing the best teams from Gran Canaria, Fuerteventura and Lanzarote. https://futbolaspalmas.com/1cadetelanzarote/

The B team ended their season in a respectable 4th spot in the 10 team league. https://futbolaspalmas.com/1cadetelanzarote2/

The first team played in the interisland league and finished in 6th position in the 14 team league. https://futbolaspalmas.com/1juvenilinterinsular/

There are still three matches remaining for the B team and they are currently in 7th position in the 17 team league but realistically the best they can finish would be in 6th place. https://futbolaspalmas.com/1juvenillanzarote/

The B team over the last 10 years or so was one of the teams that the club had to sacrifice on certain years because of poor finances so have not been consistently in the league. This season has shown just how important it is to have that B side because the first team has had an unbelievable season blighted with injuries and many of the young players have had a taste of playing in the first team.

The B team had a poor start to their season but came on strong late on and on the final day had a chance of making the playoffs. They did all they could by winning 4-0 but they needed 3rd placed side Maritima to beat 4th placed Tinajo but Tinajo claimed that final playoff position with a 1-2 win. https://futbolaspalmas.com/1regionallanzarote/resultados-primera-regional-lanzarote.html

Whilst UD Lanzarote´s  first team avoided relegation dozens of other clubs in the same tier as Lanzarote within all of Spain are complaining about how the relegation system has been dictated this season and are ordering a review on how many teams should be relegated.

In Lanzarote´s league six sides have already been relegated and one other side, CD Buzanada will know their fate this weekend. They will be hoping that CD Tenerife B will win the playoff final and are promoted. If they lose then fellow Canarian side CD Buzanada will be relegated.