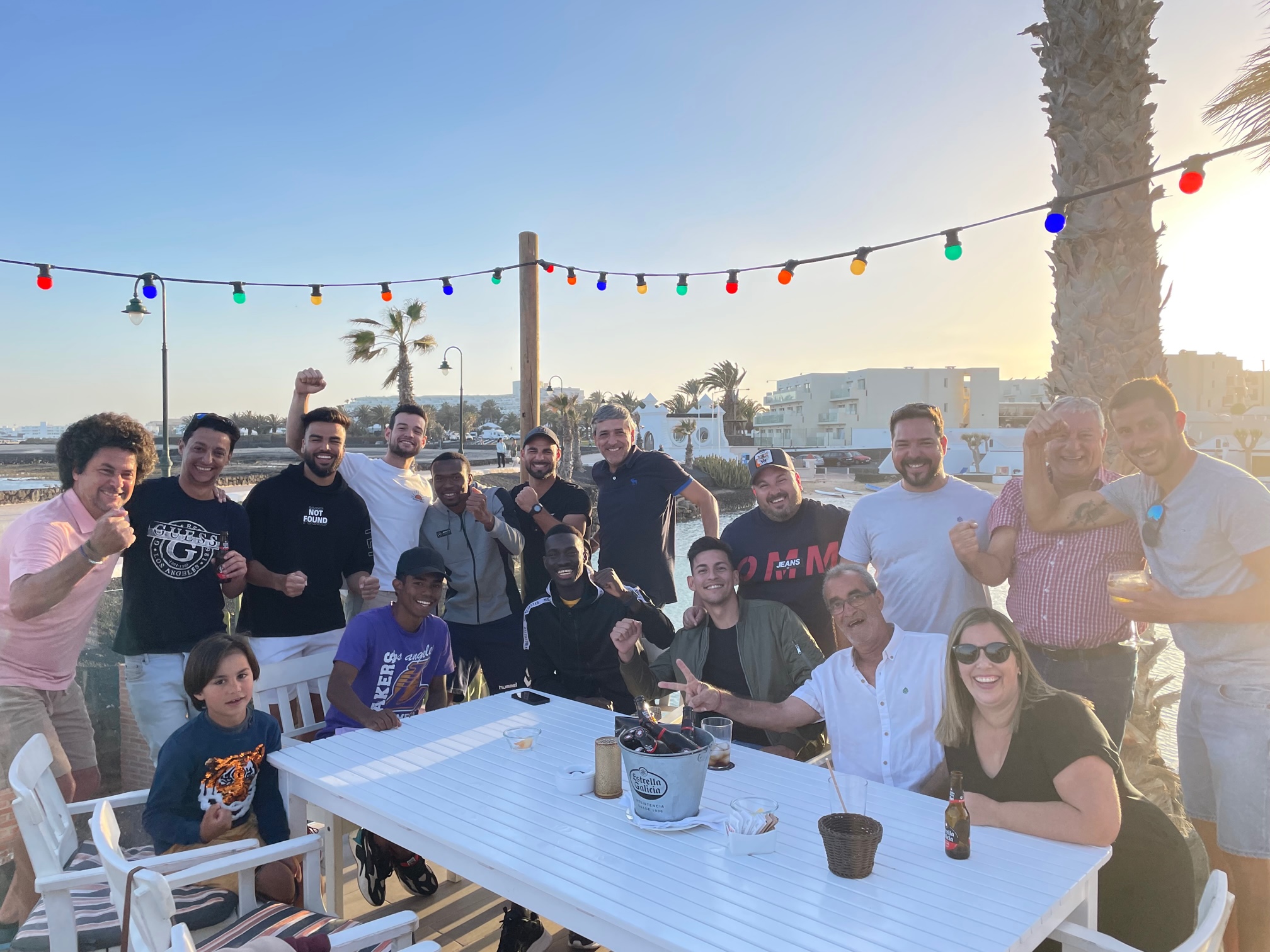 On Sunday afternoon after a hellish wait to see if UD Lanzarote remained in the Tercera Division the wonderful news filtered through that Lanzarote had survived.

The President of the club Juan Carlos Albuixech sent out an impromptu message to his players, management and directors to come and join him for drinks on the terrace at his Mai Tai Bar at The Sands Beach Hotel in Costa Teguise.

It was more of a relief than a celebration, however needing two wins from your final two games and still depending on some results to go your way which it did, this seriously warranted a beer or two to celebrate.

On Tuesday evening players, management and the directors were once again invited for a buffet and drinks at Sands Beach to say farewell to this campaign.

In the coming days I will write a brief review of the season but congratulations must be mentioned now to the Champions of this league CD Atlético Paso who are the only side guaranteed promotion. This is truly a remarkable feat for the La Palma side especially as they had to endure three months of volcanic eruptions which turned their lives upside down.

LANZAROTE HAVE A NERVOUS WAIT TO SEE IF THEY AVOID RELEGATION