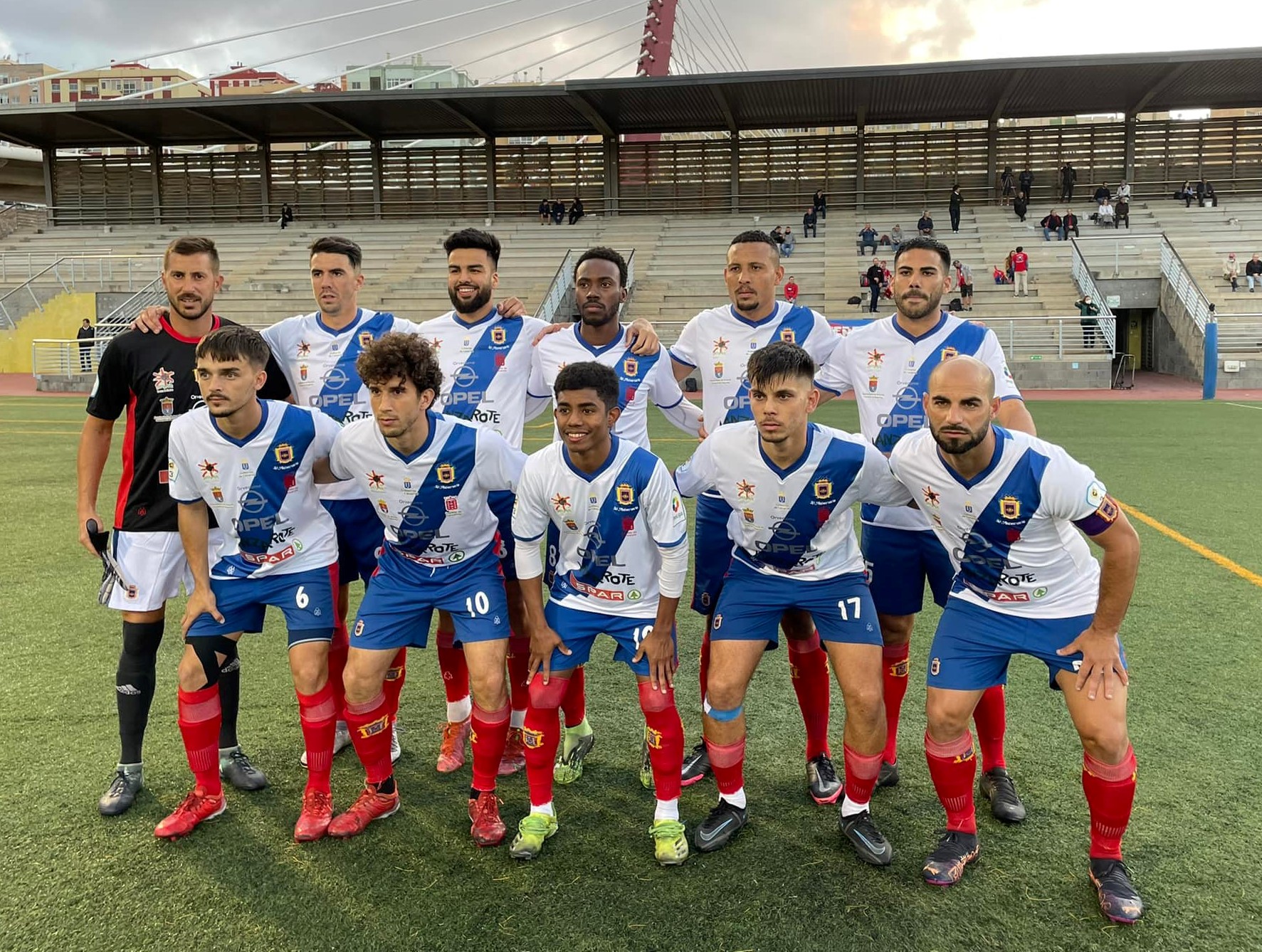 UD Lanzarote played their final match of the season in a 1-4 away win versus Gran Canarian side CF Unión Viera on Wednesday and have moved up to 9th spot however they will not know until Sunday if this was enough to avoid relegation.

The Rojillos went into this match knowing that anything other than victory would mean that they would almost certainly face the drop. The Lanzarote frontline of Di Renzo, Alyson and Adrían Machín ran rings around the home defence with two goals from Alyson and a goal apiece for the other two players.

In any other time one would think that a side in mid table would have been safe, however even with Covid set in decline, the effects of the pandemic will continue in many areas of life including football for some time.

The Spanish Football Federation overall have been sensible over the past two years keeping the league going introducing new systems in an attempt to be fair to all clubs. Unfortunately one aspect where I believe that they have failed is that all teams on the final day of the season should kick off at the same time. This must be mandatory.

Due to only 17 teams in the league this was impossible and meant that each week one team had a free week. Lanzarote´s free week fell on the final round of games so whilst every other club will kick off on Sunday at 12 Lanzarote will be anxiously watching updates on how rival teams are fairing.

Surely the unluckiest of teams must be current league leaders UD Las Palmas C because even if they win on Sunday they are 99% certain to be relegated because their B side is very likely to be relegated from the league above. Obviously two teams from the same club cannot be in the same league so the C team pay the price for the failings of their B side and drop a division.

Five teams will be relegated from the league above (Segunda B) and with three games remaining the five Canarian sides are all in those relegation positions. Two are already down and another two sides will need a miracle to remain in that league.

At this moment seven teams will be relegated with UD Las Palmas C, UD Las Zocas, CF Unión Viera and SD Tenisca already gone. There are three teams remaining who are likely to be relegated and they are between six clubs; UD Lanzarote, CD Marino, CD Buzanada, CD Vera, CD Herbania and UD Gran Tarajal.

Lanzarote are in 9th spot and must not finish lower than 11th. CD Marino trail Lanzarote by two points and are away at relegated CF Unión Viera so a win looks likely which would put them above Lanzarote.

CD Buzanada trail Lanzarote by 3 points and only a 4-0 win against league leaders UD Las Palmas C would see them reach relative safety. Fourth from bottom side CD Vera face relegation rivals UD Gran Tarajal and they will be fighting for a win which could lift them up to 12th and then they would have to hope CD Mensajero don’t get relegated from Segunda B. Gran Tarajal just need a point from this match to guarantee safety.

One of the most interesting games involves CD Herbania who began the season storming the league with three wins and looked a good bet for a playoff spot up until only a couple of weeks ago. They now find themselves in that final safety position of 11th.

The Fuerteventura side are at home but face second placed team CD Atlético Paso and this is an absolute crunch match. The La Palma team have everything to play for because if they win they will be promoted in the only automatic promotion position available and this would leave CD Herbania needing a calculator to see if they survive.

It is quite complicated however also quite logical with the exception of every side finishing their season on the same day at the same time.

Lanzarote looked destined for relegation two weeks ago but two wins in their final two matches has given them hope of a reprieve, now they must sit and wait until all the results have filtered through about 2pm this Sunday.

A FAREWELL TO THIS SEASONS CAMPAIGN
Scroll to top