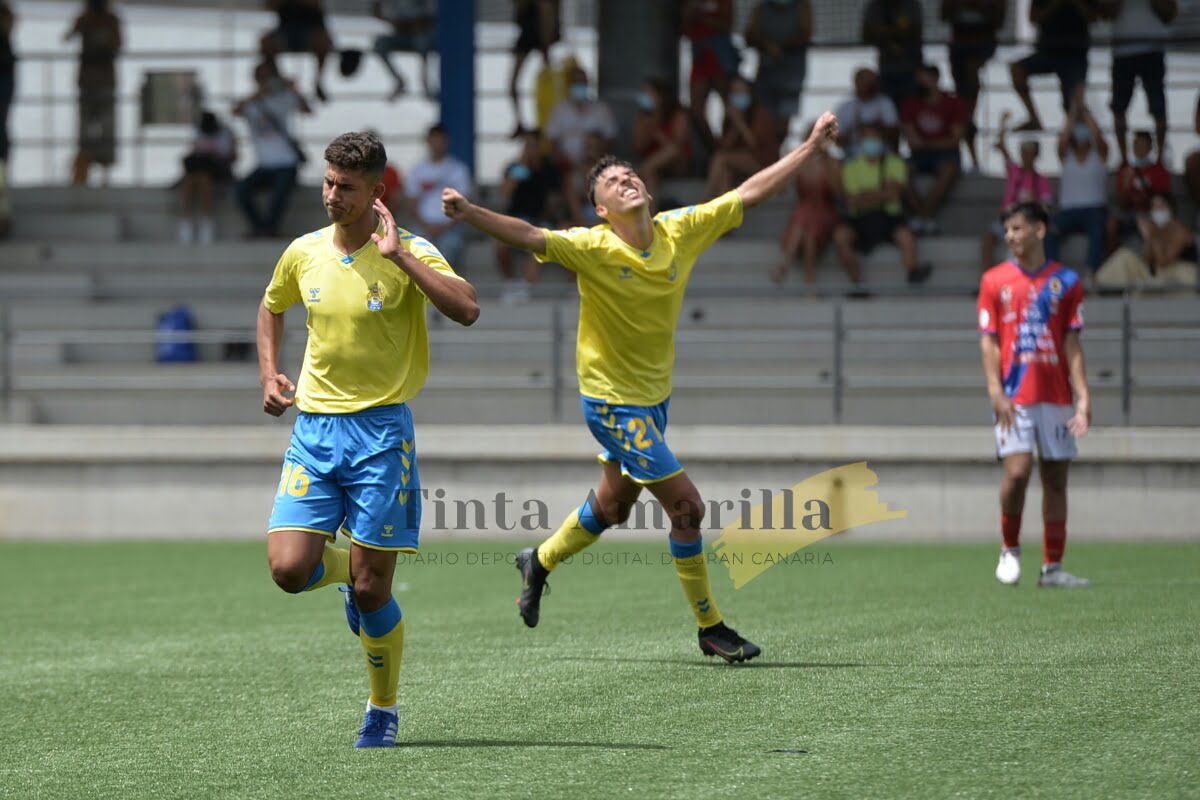 The Rojillos have not started the league season well with an opening day home draw and now their first defeat, on both occasions Lanzarote were 1-0 up.

The game was played on Saturday at noon and Las Palmas were in confident mood following their 1-3 away win the week before but it was Lanzarote who dominated the first half, though failed to convert the good chances that they created.

Lanzarote´s hard work paid dividends inside a minute of the second half when a strike from Miguel Gopar was saved but striker Rubo was there to pick up the pieces and stroke the ball home for his first of the season and to send his side into a deserved 1-0 lead.

This goal seemed to wake up the Gran Canarian side and within eight minutes they were back level when Samuel Ramos finished off a good move. On the hour mark sub Pablo González who had only been on the pitch for a minute finished off his own move from a strike from distance and his side were now 2-1 in front and the Rojillos early celebrations became a distant memory.

In the 70th minute the home side gave themselves breathing space when Samuel Ramos converted a spot kick with his second of the afternoon and his team’s third.

It was an even bigger uphill battle for the Rojillos now and even though they finished the match on the front foot they also finished up with no points.

The good news is the return of the Brazilian midfielder Keita and also the authorities have relaxed some of the rules about attending a game. Families will be able to sit together and this will create much more shaded seating. Match tickets can be bought on the day but you MUST bring identification with you for Trace and Tracking purposes. You will not be granted entry without this. Unfortunately due to Spanish law you will have to wear a mask in any public area that you cannot guarantee 1.5m distancing. I will cover this in more detail during the week.

It was also not a good opening day for the islands other side in this league U.S. Yaiza. They fell to a 0-2 home defeat by fellow new boys to this division CD Herbania. Surprisingly Herbania have won their first two matches and are top of the league with five goals scored and as yet none conceded. The last time they played in this league was in 1945 so congratulations to the new boys.

Lanzarote will be looking for their first victory of the season next Sunday at home when they play Fuerteventura side UD Gran Tarajal at 12 noon.