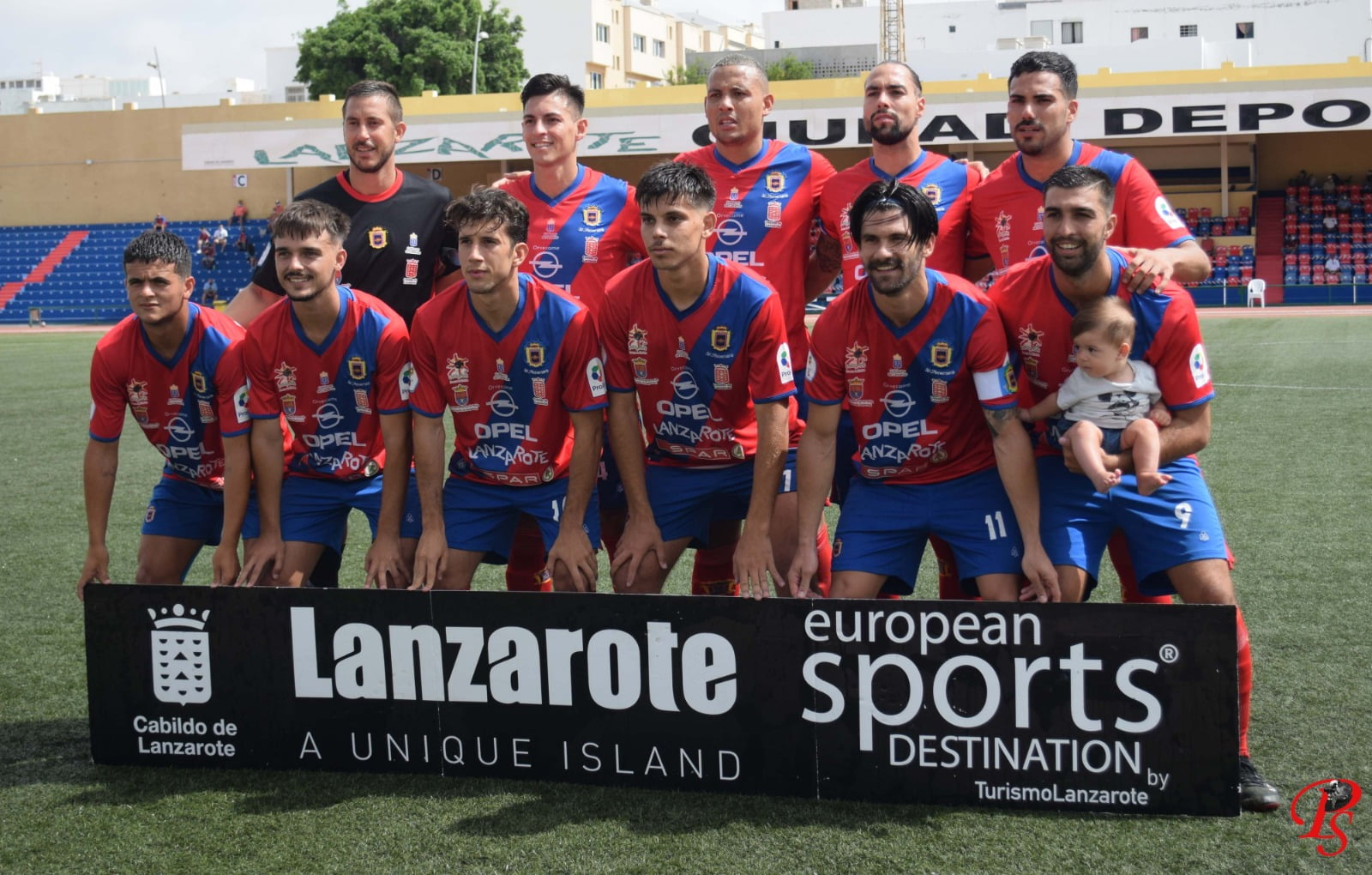 The Conejeros (Lanzaroteans) and Los Majoreros (Fuerteventurians) deservedly earned a point apiece and got their season up and running in their opening match on a scorcher of a day in Arrecife.

Lanzarote began the better of the two sides with Miguel Gómez as keen as ever to begin the season and start attacking defences. Even as early as the 2nd minute I believe he attempted to score from his vicious in swinging left footed corner. The keeper was forced to tip it away for another corner.

In the 12th minute midfielder Miguel Gopar saw his strike from the edge of the box narrowly fly over the crossbar following good work from new right back Miguel Ángel. 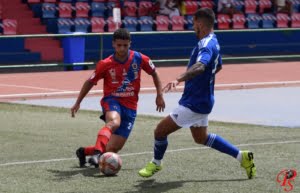 Five minutes later and the Rojillos were 1-0 in front. Miguel Gómez picked up a loose ball and ran at the Fuerteventura defence. He then fired in a sizzling low drive as a shot come cross. The ball ricocheted off a defenders foot leaving the keeper with no chance and Lanzarote had their first goal of the season.

The Rojillos could have doubled their lead a couple of minutes later when new striker Rubo controlled the ball well but from ten yards his shot was hurried and went well wide of the goal.

Unión Puerto has a solid team and with ex Rojillo manager Maxi Barerra as their new boss they will certainly be a hard side to beat. In the 28th minute a deep cross was left unchallenged as central defender Ancor rose and powered in a header to level the match at 1-1. 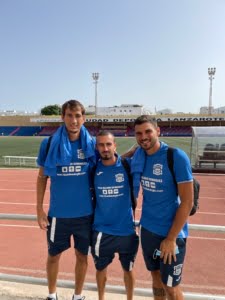 The visitors began to share the same amount of possession as the home side but it was Lanzarote that looked the more likely to score. Just before the break Miguel Gopar broke through the centre, the defender wisely backed off teasing him to strike rather than to feed his striker Rubo on his left. From the edge of the box Gopar put his laces through the strike but it must have cleared the crossbar by 20 metres. With hindsight I am sure he would have chose the much better second option and fed his striker that is paid to score goals.

Early in the second half both sides had opportunities to take the lead. The visitors missed a golden chance when their striker shot over from six yards. In the 52nd minute Rojillos centre back Matheus fired his header against the meat of the crossbar from a Gómez corner.

Two minutes later and Gómez again made the keeper work but his strike was from a narrow angle and was comfortably saved. In the 68th minute the same player tried his luck from a long distance free kick. He has this quality of nearly always shooting on target with power and from 30 yards he unleashed another great strike but the ball skimmed off the top of the crossbar. The referee order a corner kick thinking that it was tipped over but Lanzarote couldn’t capitalize on the official’s error.

Lanzarote manager Mateo García then made a double substitution bringing on Rodri and Aythami and the Rojillos once again looked the sharper of the two teams. Five minutes later the 19 year old Brazilian Alyson was also introduced making his debut for Lanzarote. The three subs were all lively but Lanzarote could not break down that solid Fuerteventura defence as the game ended in stalemate.

Personally I would like to say a huge thank you to all Lanzarote and Fuerteventura fans for turning up on a scorcher of a day and by also showing respect to your fellow person as we begin to head back to good times. 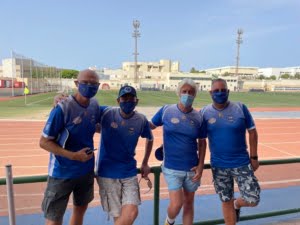 In an island with such a low Covid problem and one of the best vaccination programs in the world with over 80% of the islands residents double jabbed, many, especially the foreign visitors could understandably  not comprehend our harsh restrictions. Unfortunately we had to seat many of those people under the Lanzarote midday sun, whilst if sense would have prevailed you would have been sitting in the shade and in replace of a face mask a cold beer would be have been attached to your lips.

Several turned up at the gate wishing to purchase a ticket but did not come with ID (driving licence or passport). This must be brought to games whilst restrictions are in place. That is all you need to bring other than cash to pay the entrance fee.

Team of the day has to be the newly promoted Fuerteventura side CD Herbania who eased to a 3-0 home win against the might of CD Tenerife B and are top of the league. Next Saturday Lanzarote travel to Gran Canaria to face the team that are second, Las Palmas C following their 1-3 away win in La Palma versus SD Tenisca.