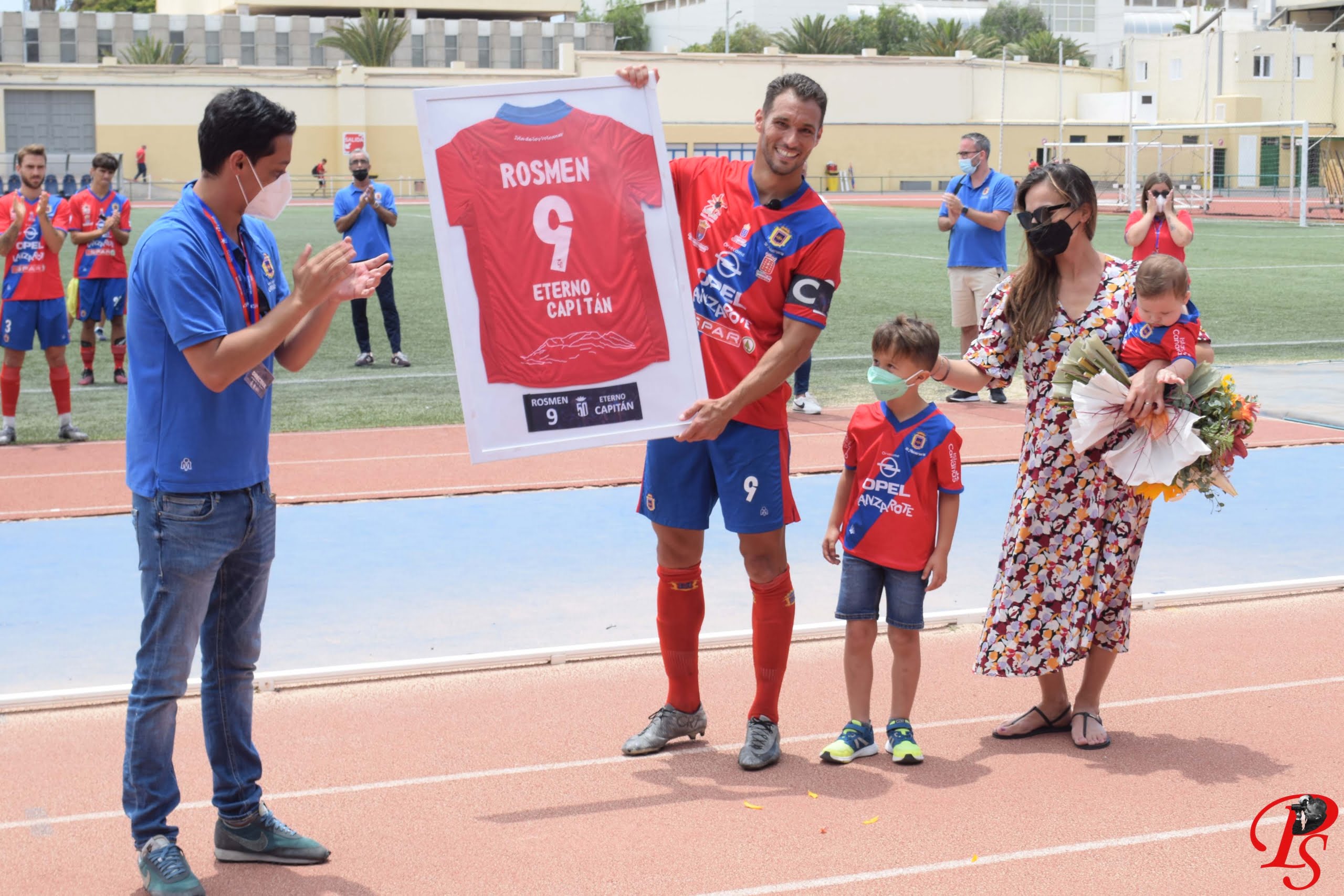 The Lanzarote captain Rosmen walked out representing the Rojillos for his 405th time spread over 17 seasons for his final home match for his beloved club last Sunday at noon.

This day was little to do with a football match it was all about the veteran striker. Even before the match kicked off the soon to be 41 year old picked up the award for “Player of the Season” voted for by the fans. 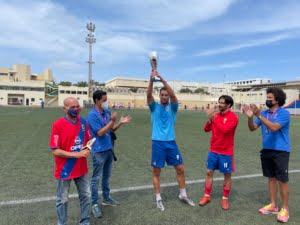 Rosmen receiving the fans Player of the Season award prior to kick off.

His team mates wanted to send him off with a victory as Lanzarote began the match at a frantic pace. In the 5th minute Brazilian Keita produced a magical bit of skill beating two defenders when boxed in at the corner flag. His perfectly weighted pass then found fellow countryman Rodrigo who blasted home from six yards to give his side the early 1-0 advantage.

Keita couldn’t put a foot wrong and by halftime he could have been given the man of the match award by the way he was playing. Winger Adrián Machín was also demonstrating moments of quality and at 22 years of age it was reassuring to see that type of quality coming through the club. 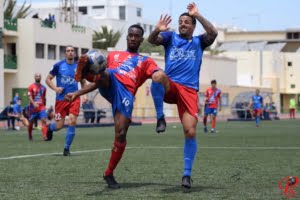 An outstanding performance for Keita who was voted Lanzarote´s 4th best player this season.

The Tenerife side had their moments in the first half and midway through they had a goal disallowed for a narrow offside decision. In the 40th minute striker Semidan had a low strike saved well by keeper Ruyman but it was almost a fairytale ending to the first period when Rodrigo whipped in a cross and Rosmen rose majestically as he has done for just under a quarter of a century but his glancing header went inches wide of the upright.

The visitors came out for the second period and had Lanzarote on the back foot, though keeper Ruyman looked comfortable with the solid defence that he had in front of him.

The moment had come. In the 83rd minute number 9 came up on the board from the officials and Rosmen´s last home match had come to an end. The striker received a standing ovation and the 40 year old was replaced by a player who was promoted from the now nonexistent B team and was born five years after Rosmen made his debut for the Rojillos.

The 20 year old made quite an impression. In the 87th minute it was his vision and 40 yard pass that set Miguel Gómez on his way. There is not much of a better sight than seeing this lad in full flight. Even though he was forced wide his blistering pace gave him the opportunity for a strike at goal, he made no mistake planting the ball low in the far corner and sealing a 2-0 win. 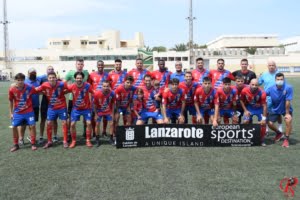 There is little change in league standings for both sides but today’s game was about Rosmen and finishing the home season positively.

Lanzarote´s famous number nine still has one match left next week to add to his 142 goals tally that he has scored for the Rojillos.

A presentation from the club was then made to Rosmen in the form of a specially made gold club badge and a framed shirt with his name and number with Eternal Captain written below.

Rosmen´s family, friends and ex players then joined the player for an emotional farewell. 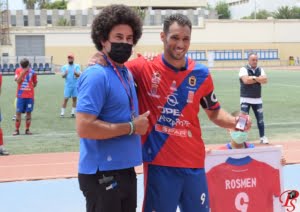 I will write more about Rosmen in the near future however there is still one match remaining next Sunday away versus CD Tenerife B. Lanzarote have little to play for however a win for Tenerife´s B side will elevate them to the final stage of the playoffs. Lanzarote and the Big Man won’t make it easy for them.

ROSMEN WINS PLAYER OF THE SEASON