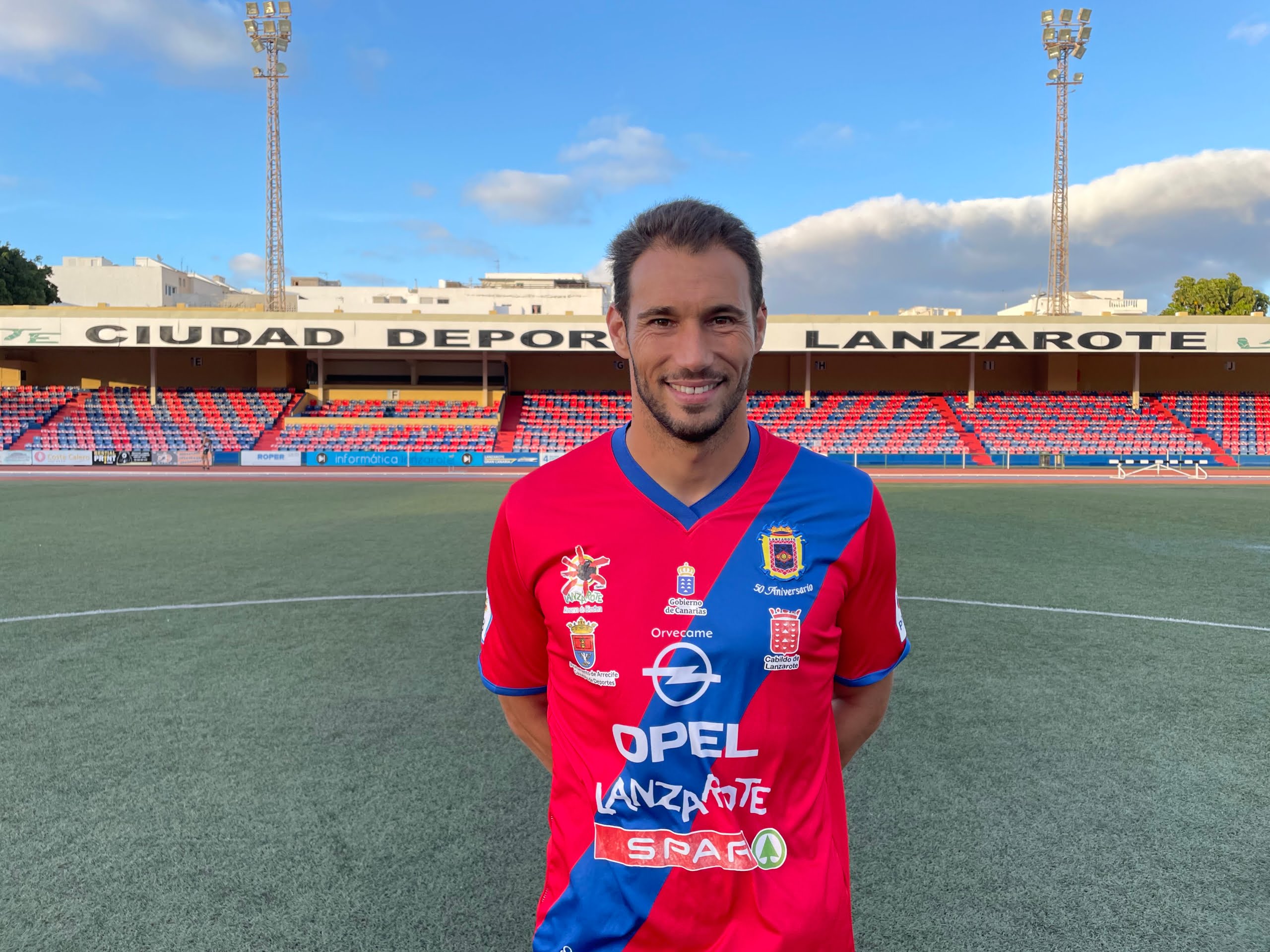 The Lanzarote captain Rosmen, four months shy of his 41st birthday has won “Player of the Season” voted for by the clubs fans. He will be presented the trophy by the club President Juan Carlos Albuixech before kick off at this Sunday’s game.

It is sure to be an emotional day for Lanzarote´s number 9 as he has announced his retirement and this will be his last ever home match for UD Lanzarote. The game is at 12 noon and plenty of tickets (10 Euros, bring Nie and ID) are available at the gate. It would be best to arrive around 11am.

At the end of the match the club will also pay tribute to Rosmen so please stay on after the final whistle.

THE TOP 5 PLAYERS VOTED FOR BY THE FANS ARE:

The rest of the votes were as follows

Many thanks to Carole and Angela Spendley who counted the votes and kept an eye on the proceedings and also thank you to British fan Brian Barnett who made the memento for player of the season which Rosmen will keep.

LAST HOME MATCH OF THE SEASON