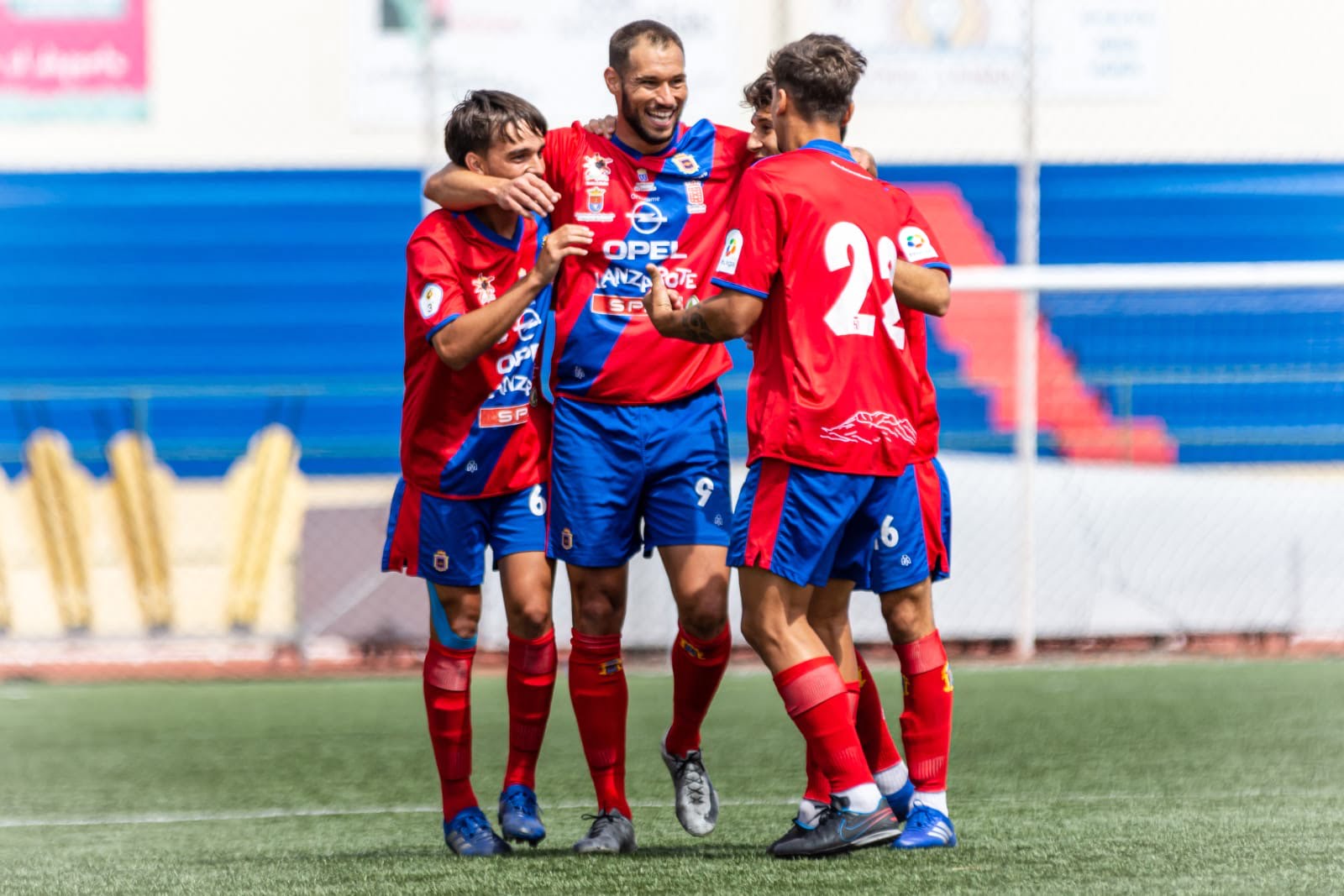 The Rojillos crawl out of the relegation playoff positions with this hard fought point but are ahead of two other teams solely on goal difference. 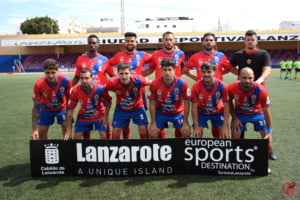 Lanzarote began the match the much better of the two sides with both front men Giovanni and Rosmen coming close in the opening minutes.

In the 7th minute a long throw was controlled by Ayoze Pérez and from a narrow angle he turned and struck at goal, his effort was blocked but the ricochet fell to Rosmen and the Lanzarote captain blasted a low drive from 12 yards in off the far post to give his side a 1-0 lead. 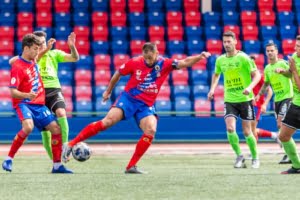 Six minutes later and the impressive Brazilian Keita stole the ball in midfield then received a return pass from Rosmen, from the edge of the area he curled a shot but missed the far post by inches.

The home side had controlled the opening 20 minutes though the Fuerteventura side began gaining possession and were showing signs of getting back into the match.

In the 26th minute they really should have levelled when a training ground free kick almost paid dividends. A free kick was driven in near post with striker Figueroa losing his marker with a late run. With a free header from 8 yards he couldn’t angle his head well enough to get a finer glance and saw his header go a yard wide. 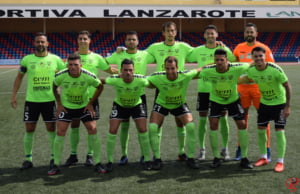 On the half hour ex Rojillo Gastón Cedrez tried his luck from 25 yards but keeper Alejandro saw the ball all the way and made a comfortable save.

Rosmen was making a mockery of his 40 years skipping past two players with some delightful footwork and had another magnificent game. He will turn 41 in September and if he wants to, there is easily another season left in him. He still chases like a teenager and celebrates a goal with the enthusiasm of a child opening their presents on Christmas Day.

Ayoze Pérez was being his usual energetic self and was playing against his great friend and a popular ex Rojillo Josito. In the 38th minute Ayoze got the better of his mate as he attempted to go around him, mate or no mate Josito was having none of it and threw out an arm in the face of his good friend flooring Ayoze and earning himself a yellow card. 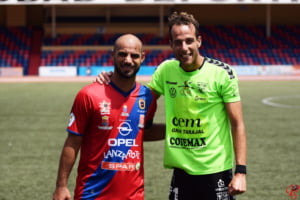 Josito may have given his mate a slap during the game but all has been forgiven by Ayoze.

Shortly before the break the visitors threatened with a strike, but again it was from distance and was easily dealt with by the Lanzarote keeper maintaining his side’s narrow 1-0 lead going into the halftime interval.

Only three minutes into the second period and Ayoze surged through the midfield and set up Giovanni, the centre forward had to delay an instant strike so he could get his body in shape but then let fly from 15 yards an only a super fingertip save from the Tarajal keeper prevented Lanzarote doubling their lead.

The Rojillos were trying their utmost to get that second goal and in the 51st minute Rodrigo fired in a dangerous low cross which wasn’t cleared by the defence. Rosmen set his body for a strike at goal but before he could a defender appeared to bring him down. Unfortunately the Ref and his team didn’t see it that way and waived play on.

The Fuerteventura side were keeping good possession and passing well ensuring that an already tired Lanzarote side were going to weaken further from chasing the game.

In the 55th minute Gastón set up his Tarajal team mate with a pass through the centre. Striker Figueroa latched on to the pass and with only the keeper to beat not only lobbed too high but in doing so had to stretch and pulled his hamstring ending his match prematurely.

Two minutes later and an overworked Lanzarote midfield lost the ball in the centre of the pitch. Another ex Rojillo Enrique Castaño capitalized and the Rojillo players were well aware of his beautiful passing abilities as he threaded an inch perfect pass onto the newly arrived substitute. After only being on the park for a minute Oscar kept his head and sent a low strike past Alejandro to level the score at 1-1. 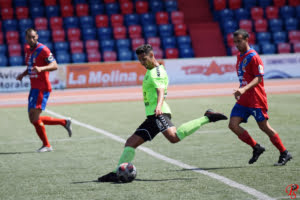 Former Rojillo Enrique Castaño sets up his sides goal with a trademark pass.

Giovanni was still full of running and in the 65th minute powered a strike from 20 yards that went inches over the crossbar.

I am sure that many Rojillo fans were asking themselves why the manager hasn’t brought on the electric Miguel Gómez. It seems Miguel is suffering with a minor injury and was only brought on in the 73rd minute along with Aythami to avoid further risk of injury.

Lanzarote were chasing the game near the end but this must be expected with such a heavy fixture schedule. All of the other sides are playing one match a week and have time to properly train as a team whereas the Lanzarote players only have recuperation time before their next game in three or four days. A Champions League side can deal with this but a semi pro side with players having to work is an entirely different matter.

Even still the Rojillos defence had looked very good all afternoon especially Dani who is normally in midfield but has been playing an unfamiliar role as centre back in the past few games. What he lacks in  height and build he more than makes up with his reading of the game and is looking more and more comfortable in that role.

There was plenty of commitment from both sides up until the final whistle but neither defence was wavering in the afternoon heat and both teams should be content with a point.

That point still leaves Gran Tarajal challenging for a top three position and a point for the Rojillos lifts them out of the bottom four on goal difference and still with a game in hand.

That game in hand will be played at home on Wednesday at 5pm (live on Lanzarote Deportiva Youtube) versus second placed side CF San Mateo P.P.  An unexpected 1-0 home loss from league leaders UD San Fernando has allowed Lanzarote´s opponents to close the gap to just one point at. A win for the visitors could see them go top but a win for Lanzarote would be a huge step in avoiding the relegation playoffs.