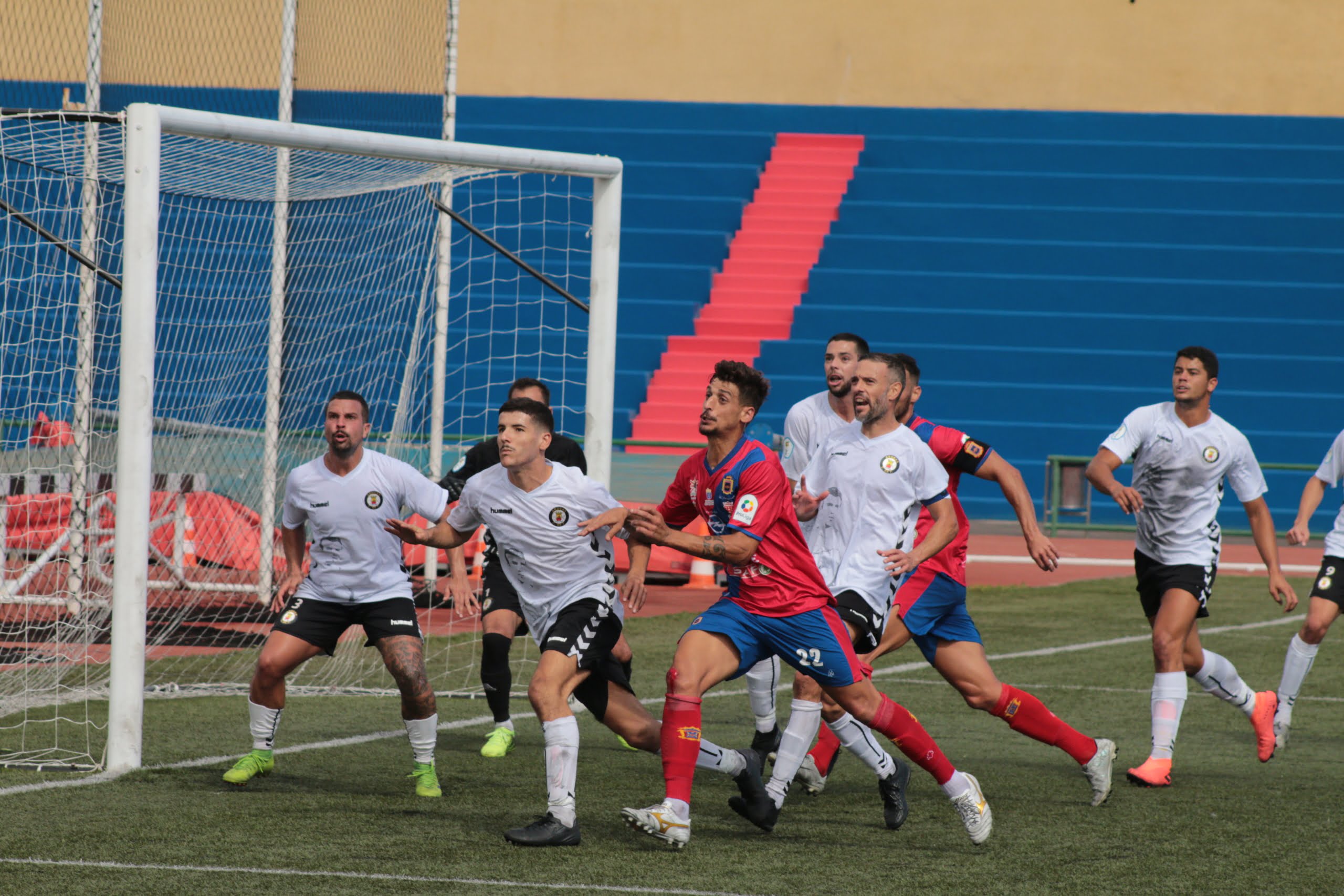 The Rojillos great restart to football with four wins and a draw has been somewhat dampened with two straight losses and this sees Lanzarote return to the final relegation playoff position.

The club does not have time to go into excuses as their next match is this Sunday at 12 noon against a side competing for top spot UD Gran Tarajal, however 7 matches in 21 days has taken its toll. This was starting to become evident last week when a fresh San Fernando side had two weeks rest and clearly fitness won the match.

This match may have been against the leagues bottom club but when they are only playing one match per week there is time to prepare and regain fitness. Lanzarote´s players are part time and should never of had to compete is such a marathon schedule of matches.

This is the situation that the playing staff are in but also the club is hanging by a thread financially with such little help from the authorities and the only club in the league that has not been able to get one euro in gate receipts. The players, staff and management must dust themselves off and prepare to battle the final four matches of this first phase of the season which will end on the 18th April.

In this match the Gran Canarian side must have sensed that this was a great opportunity to earn all three points and give themselves a faint hope of avoiding the relegation playoffs. Even with victory they remain bottom five points from safety with three games remaining.

The match was won with a low strike in the 14th minute and even though Lanzarote had chances to grab a point from this match it was not to be.

The squad has less than 72 hours to prepare and go out and do battle this Sunday at home versus a club who have their sights set on promotion. It has the potential to be a great game as UD Gran Tarajal is littered with former Rojillo players including Josito, Enrique Castaño, Gastón and Juanma whilst not forgetting their manager and popular ex Rojillo manager Maxi Barrero.

Unfortunately there will not be fans at this match however we are hoping that this will change very soon. The game will be streamed live on Lanzarote Deportiva YouTube channel. There is no cost to watch the match but we do hope that our fans can buy a 5 Euro raffle ticket or 5 tickets for 20 Euros as this is at the moment the only way you can help the club. Please just add your donation to this link https://gofund.me/7d5eb7a6 and live after the match we will do the draw.

The prizes are as follows:

WHAT A WEEK FOR LANZAROTE GIRL 16 YEAR OLD AINHOA DELGADO