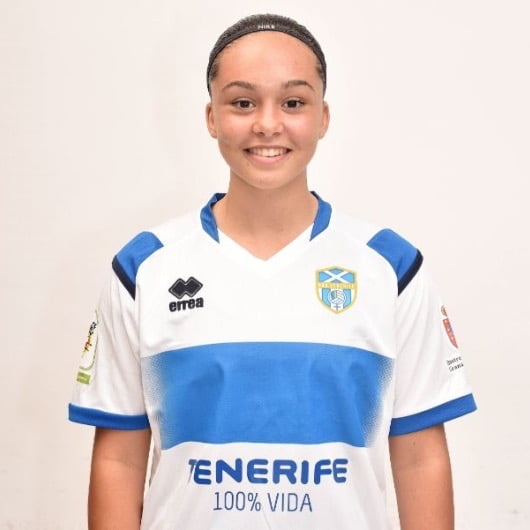 Ex UD Lanzarote player Ainhoa Delgado made her debut for UDG Tenerife Ladies team who play in the women’s top tier of Spanish football and a day later got a call up to Spain’s Under 19 National side. Wow!

Ainhoa signed for UDG Tenerife this season from UD Lanzarote and after impressing and being top scorer in the reserve sides she was given her chance last Sunday. With 20 minutes remaining Ainhoa´s dream came true as she helped her team beat Athletic Bilbao Ladies 3-2 and send Tenerife to Sixth spot in Spain’s Primera Liga. 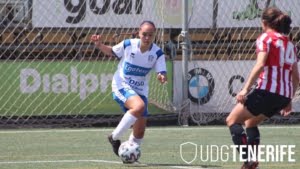 Ainhoa running at the Bilbao defence.

The teenager barely had chance to believe she had fulfilled a dream when the next day she was chosen in the squad to represent Spain Ladies at Under 19 level. What she must be feeling will be indescribable. Ainhoa has joined fellow Lanzarotenean Sandra Hernández who plays for Valencia and has also represented her country.

The winger/striker is a lovely character who lives and breathes football. She has played for many years in the junior ranks with UD Lanzarote and has been a supporter of our first team for as long as she can remember. 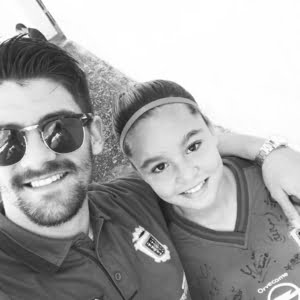 I am sure that you will all join me and congratulate this young lady on such a remarkable achievement. GO and Conquer the World Ainhoa Delgado Martín.