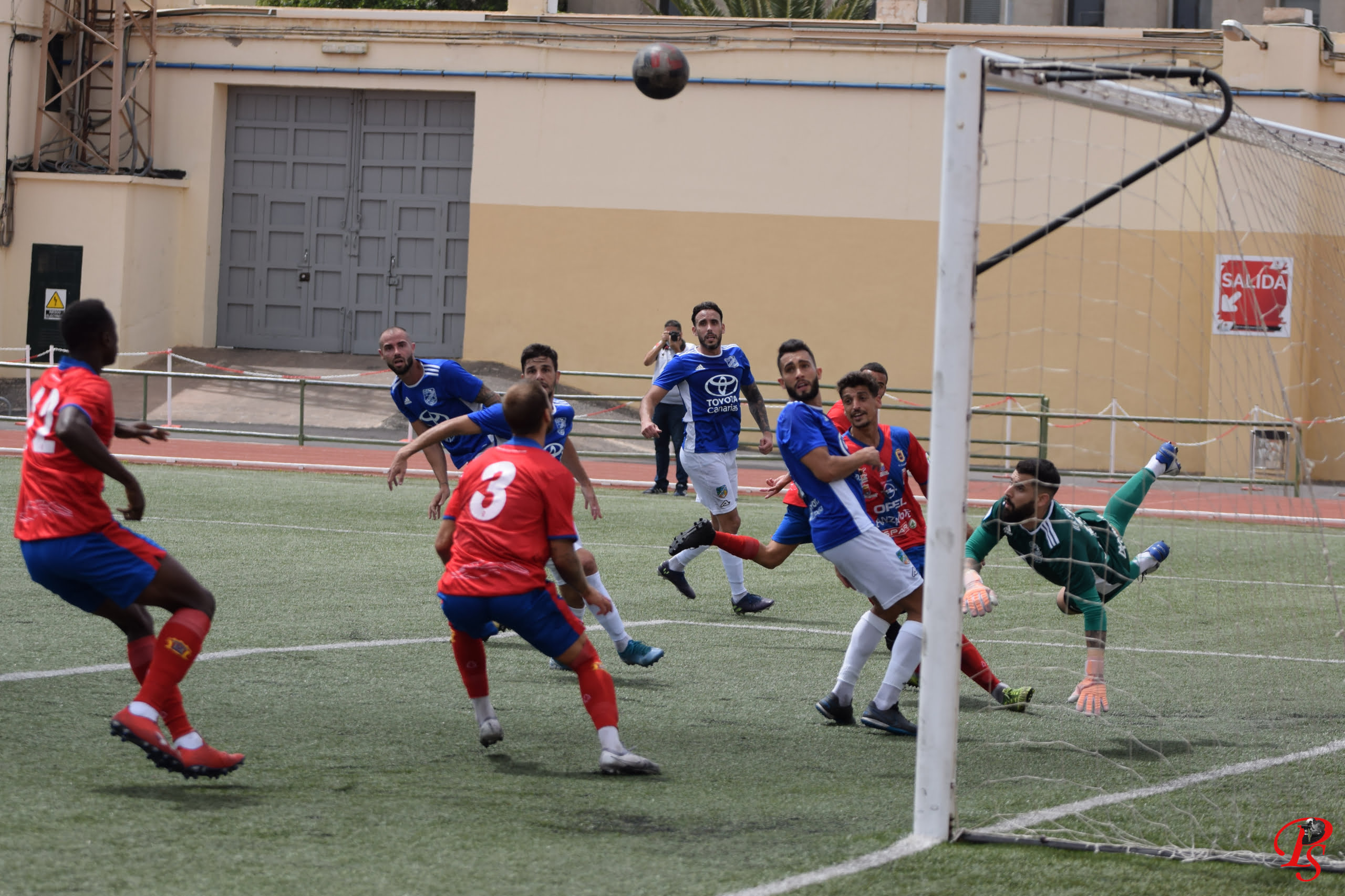 The Rojillos were unlucky to suffer their first defeat since football started up again and slip down one spot to sixth whilst UD San Fernando return to winning ways and remain top. 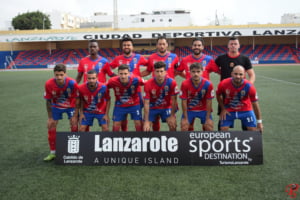 Once again even though Lanzarote are in level two and are allowed to have 25% of its seated fans according to the Canarian government and the Canarian health authorities our local government decided not to allow this.

One thing that has been done by the local government and this also applies to lower league stadiums and that is all the seats are now numbered and the island is preparing for a return of fans. No date has been set but one would assume that after the Easter holidays we could see the public allowed back to support their teams. 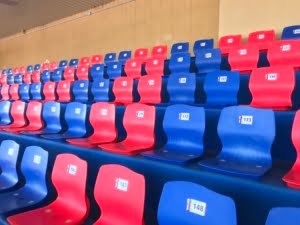 Hopefully with this seat numbering a return for fans could be imminent.

Whilst Lanzarote will not be looking for excuses this was their sixth game in 19 days whilst their opposition came into this match with a full fresh squad not having played in the last two weeks.

The Gran Canarian side looked the sharper of the two sides in the opening minutes having a couple of attempts at goal from distance though neither attempt caused concern for the Lanzarote keeper, Alejandro.

Lanzarote´s first effort on goal was in the 13th minute. Giovanni acrobatically connected from a cross by Raúl from the right but his overhead kick cleared the crossbar by a metre.

Four minutes later and clearest opportunity of the first half fell to the visitors. A deep corner from Stephane was headed from four metres out by Pedro at the far post; Alejandro reacted quickly and managed to get a palm on the ball which then deflected off the post and away for another corner.

The players were playing with passion and some tackles could have been worthy of a warning however it was great to see the officials not book any player in the opening period and in the whole match only one player from each side picked up a booking. On many other matches referees are all too happy to dish out yellow cards early and if a player makes a second mistake he can see himself sent off before halftime as this happened with Lanzarote a couple of weeks ago.

Five minutes into the second half and Lanzarote had their best chance of the match up until then. A fierce in swinging free kick from Ayoze Pérez caused panic in the San Fernando defence, the ball fell in the six yard box and Rosmen swivelled his body around but unfortunately he couldn’t wrap his foot enough around the ball and this led to his volley flying a metre over the crossbar.

Almost immediately the Gran Canarian side broke down the left and winger Alejo took on Rojillos right back Oriol. As he skipped past the Lanzarote defender Oriol stretched and didn’t make any contact with the ball. The striker new exactly what he was doing leaving his trailing leg and went down. The referee had no hesitation in awarding a spot kick.

My initial thoughts and this was from some distance that it was a clear penalty however with the benefit of seeing this again, it’s quite clear that I was fooled along with the referee. Defender Stephane stepped up and blasted the ball to Alejandro´s right, he managed to get a hand to it however the power was too much and the visitors were in front 0-1.

This led Rojillos manager Josu Uribe to introduce Miguel Gómez and shortly after Guti and Senagelese striker Abdoulaye Ba were brought on to freshen up the side.

Lanzarote began to press the visitors back however they were quite content in defending and tried to hit Lanzarote on the break. In the 71st minute it did look as though Lanzarote were back in the match. Another dangerous free kick from Ayoze on the left was glanced goal wards by Giovanni, the keeper got down low and superbly got a solid hand on the ball, the ball flew into the air and Adboulaye Ba could not generate enough power from the rebound as his header fell into the arms of a relieved keeper.

In the 83rd minute the Rojillos were awarded a free kick 25 yards from goal. Ayoze Pérez struck the sweetest free kick and the ball seemed destined for the top corner but unfortunately it hit the meat of the left hand post and fell kindly to a defender. 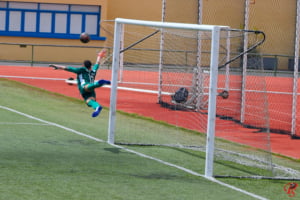 A wonderful effort by Ayoze Pérez though denied by the woodwork.

A couple of minutes later Miguel Gómez hit a crisp volley from 25 yards but the ball just cleared the crossbar. Just as we were heading into injury time good work from Giovanni and Javi Morales down the left wing saw the latter try to surprise the keeper with a powerful strike from 20 yards from a narrow angle. David Armas in goal for San Fernando wasn’t going to be fooled by that and made another excellent flying save at his near post. 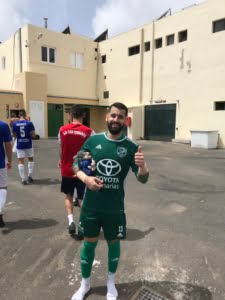 The San Fernando keeper David Armas, a strong contender for man of the match.

Deep into stoppage time and Lanzarote believed they should have won a penalty. Sub Adrián Machin went to control the ball from a cleared corner; the defender competed and stuck his foot round the ankle of Machin but even with the referee having a clear view of the incident he waived off appeals for a spot kick. From there the Gran Canarian side broke and sub Ayoze ran the entire length of the pitch and was one on one with Alejandro. The Lanzarote keeper stood his ground and blocked the shot of the striker.

There was no more time for Lanzarote to force anymore opportunities and for the first time in six matches were defeated. On Wednesday Lanzarote travel to Gran Canaria and will face bottom club Arucas CF.