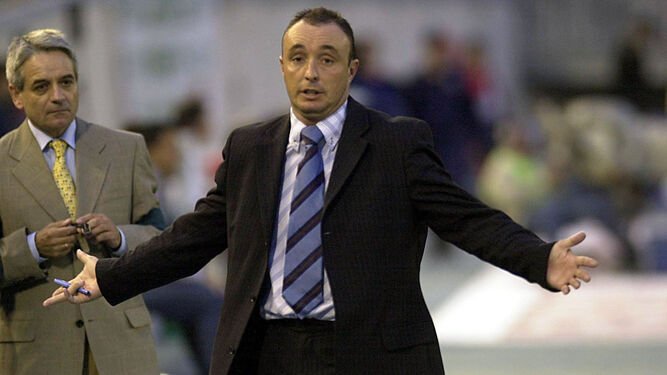 Josu Uribe is from the Asturias region of Spain and has agreed terms with the Rojillos to lead the club into the 2020/21 campaign.

The 51 year old has an incredible amount of experience as a coach beginning when he was just 21 years of age coaching junior sides of Real Sporting de Gijón.

His career began to take off in 2001-02 when he led fourth tier club Ribadesella CF to promotion to Spain’s Segunda B.

The following season he was snapped up by Segunda A (Championship) side UD Las Palmas and finished the season in a very respectable fifth spot.

Season 2003-04 has to be the highlight of his career to date when he took Madrid club Getafe CF into Spain’s golden league (La Primera Liga) for the first time in the clubs history.

Josu has arrived from Xerez Deportivo FC where his side just missed out on promotion in the playoffs.

We welcome Josu with open arms to Lanzarote.

Today is also the clubs 50th birthday. Unión Deportiva Lanzarote was formed on the 29th July 1970 and this season there will be various events celebrating the 50th Anniversary.

THE CANARIAN PLAYOFFS FOR PROMOTION TO SEGUNDA B (THIRD TIER), 15th July 20...