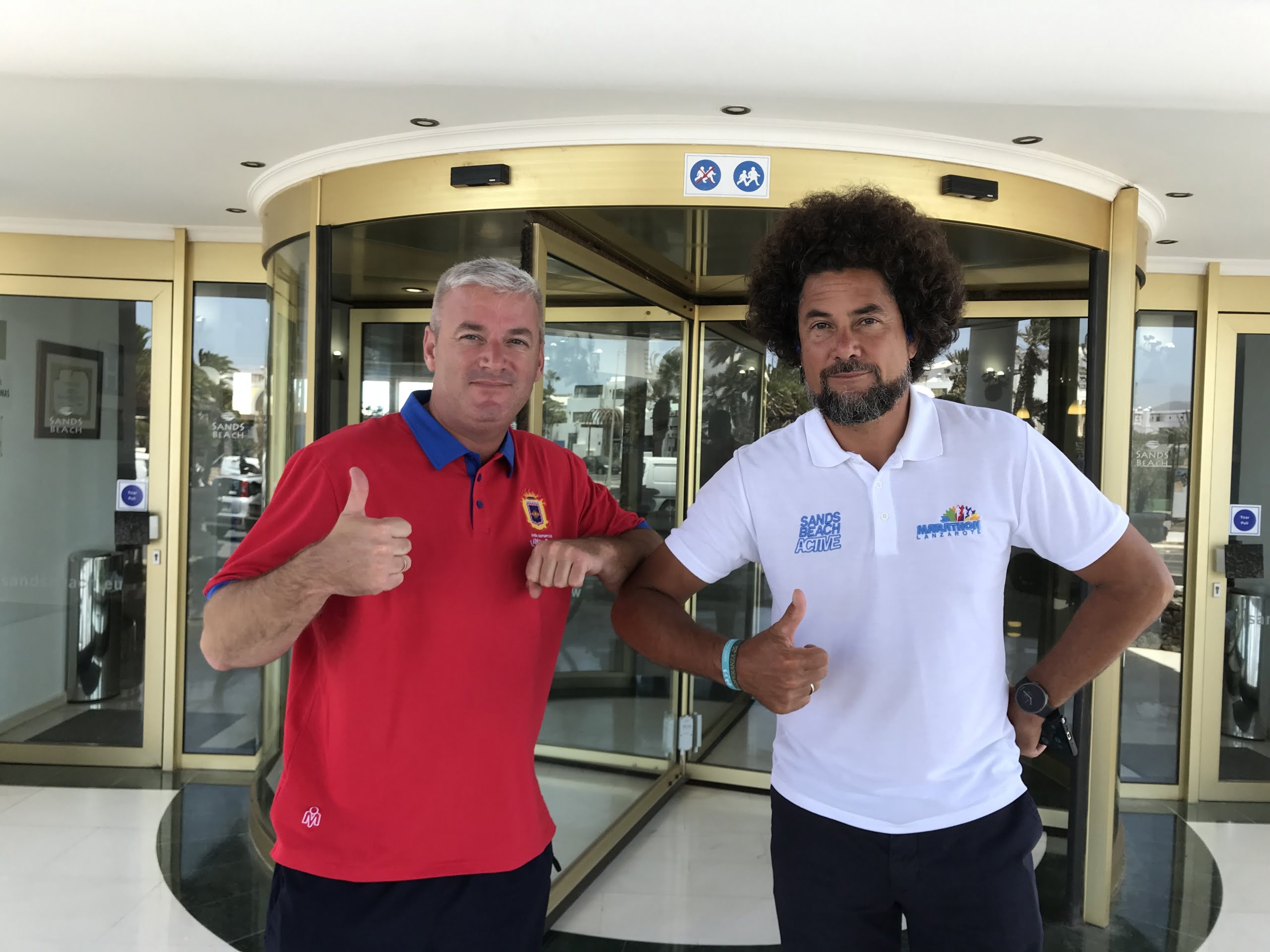 President of U.D. Lanzarote Juan Carlos Albuixech is delighted that Irishman David Timmons is the latest person to join his board of directors to help push the club forward.

David arrived on this island from Kildare in Ireland 14 years ago and has been a regular at the games for the past 10 years as well as being a Club Socio (Club member). 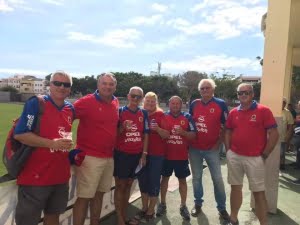 David on the right at an away match in Tenerife with some regular travelling supporters.

The 46 year old is the manager of the popular Irish Harbour Bar in the Old Town in Puerto Del Carmen. During lockdown David was frustrated by seeing so many people on the island in desperate situations with families going hungry. The local authorities were often slow in benefit payments and many people were on such poor contracts that any benefits would be of little help. 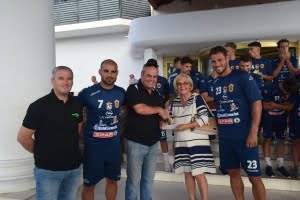 David (left) with the owner of the Irish Harbour bar Mai Blake alongside club captains Ayoze Pérez and Rosmen at the beginning of season 2018/19.

He and his friend Joey Bracken decided to ask a few of his musician friends to help raised funds via an online Facebook concert with expectations of raising two or three thousand Euros.

David wasted no time in publicising this event and in a time of real concern brought not only the island together but thousands of people outside of Lanzarote whom have this island embedded into their hearts. In a matter of days David got important help from a wonderful team of people and together raised 53,000 Euros which was donated to the charity Emerlan, primarily to help out with the immediate hunger problem.

I have known David for several years and his love for football is only bettered by his love for Lanzarote. He has stated that he is proud to represent our island club and looks forward to helping the club raising funds as well as increasing the foreign support that Lanzarote is well known for within the Canary Islands.