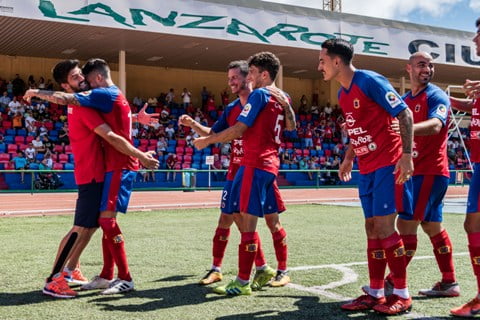 HOME GAME CONFIRMED FOR THIS SUNDAY 22nd December at 12 noon in CIUDAD DEPORTIVA STADIUM in ARRECIFE.

Lanzarote will be playing against 19th placed Tenerife side CD Buzanada in ARRECIFE this Sunday 22nd December at 12 noon.

There was some confusion to where this game was going to be played as the club is still seeking permission to play in Tias. In future, games could well be Tias but until it is confirmed our home matches will be played at our regular ground Ciudad Deportiva in Arrecife.

Lanzarote as their rivals will be, are desperate for a win. The Christmas match is always a great atmosphere and this time last season against Las Zocas the Rojillos were 0-3 down at halftime. A brilliant comeback followed with Lanzarote winning 4-3.