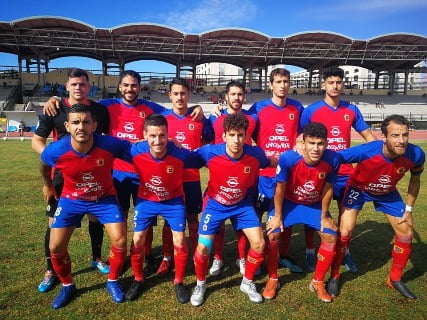 It’s difficult to pinpoint why the Rojillos (The Reds) results have been so poor this season. The commitment of the players and the team morale is good.

There has just been three wins out of their 19 games played. Many fans have agreed that in most matches we were the better side and have had more than our fair share of bad luck. There is no point in feeling sorry for yourselves because at the end of a season the league table rarely lies.

Lanzarote were always going to be the underdogs against fourth placed CD Marino. 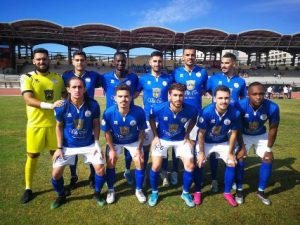 The Tenerife side began the match the better of the two sides forcing Rojillos keeper Alejandro into a couple of good saves but it didn’t take long for Lanzarote to show their qualities.

In the 45th minute a strike from defender Raúl rebounded into the path of Rami, the 22 year old striker neatly tucked the ball home to give his side a 0-1 halftime lead and score his second goal in four days.

The Rojillos came out for the second half and played with confidence easily breaking down any attacking moves from the opposition.

As the game entered the final ten minutes the Tenerife side upped their momentum and levelled in the 81st minute with a header from a free kick.

Only three minutes later and Lanzarote’s misery was complete when a strike from sub Zeben Buades gave the hosts a 2-1 win which moved them up to third position.

Lanzarote remain in 13th place and are seven points clear of relegation but a million miles off the playoff positions.

Next Sunday Lanzarote face fellow strugglers CD Buzanada. This match has not been confirmed if it will be played in Arrecife or Tias. Please check on here or Facebook Lanzarote football club by midweek and all details would have been confirmed.

HOME GAME CONFIRMED FOR THIS SUNDAY 22nd December at 12 noon in CIUDAD DEPORTIVA...
Scroll to top