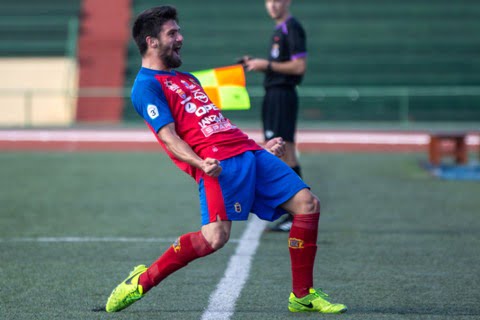 Congratulations to 27 year old Miguel Gómez who is having a wonderful campaign and to confirm this, the Rojillo fans have voted him our player of the season.

A big thanks to Angela and Carole who oversaw the voting and here are the top 5 players that you voted for:

From the opening game of the season in the derby match versus Yaiza, Miguel came off the bench and scored an absolute beauty in the 93rd minute to give his side a 1-0 win. 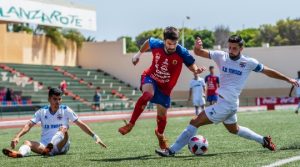 Miguel doing what he does best, terrorizing defences.

His season from there has gone on from strength to strength and his ability to run at defenders with such close control keeps fans on the edge of their seat. This fine form has made him a marked man but nevertheless he has walloped in 11 goals, most from distance for fun this season and deservedly is the Rojillos top player.

What more can you say about our captain? In 2014/15 he was Player of the Season and in 2017 he decided to hang up his boots and retire. Last season the club with manager Maxi Barrera talked him into returning and he was instrumental in getting Lanzarote into the playoffs. 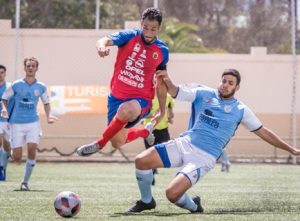 His early form this season was electric and he is the clubs top scorer with 12 goals. Next season Rosmen will be 39 years of age and it would be a daft person to say our leader is past his sell buy date.

There is never a game where this 29 year old Venezuelan does not give a 100%. This has earned him the respect of the fans and his colleagues as his work rate for his team is second to none. 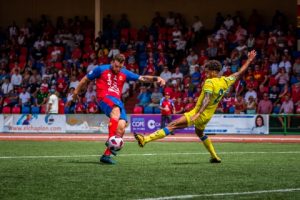 Alex has got better as the season has developed and has chipped in with 7 goals.

British boy Brad joined the Rojillos in the 2014/15 season and helped lead the club into the playoffs in second position.

Early in the following season the midfielder suffered a terrible knee injury and was sidelined for the remainder of that campaign. Brad returned last season but failed to secure his name in the starting eleven however this season all that has changed. 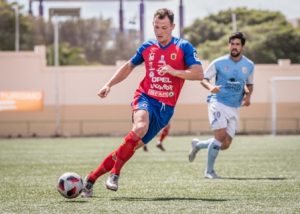 Brad cementing his position in the team.

The 23 year old has put in solid performances whether it is as centre back or in the heart of midfield, this has forced his manager Maxi Barrera to add his name to that team sheet week in week out. He has contributed 3 goals and is probably the clubs most improved player this season.

He is an attacking midfielder who has scored 8 goals and is a player with enormous quality as well as work rate. 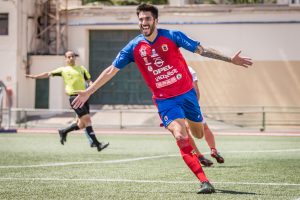 Nico has the ability to undo defences and is a highly respected player with his team mates.

Miguel Gómez will be awarded his Player of the Season trophy at the end of this Sunday’s match whether we win, lose or draw so if you wish to stay behind for a few moments to show your appreciation it would be great. Fran from the Trifulka fan club and Carole will present Miguel with his trophy.