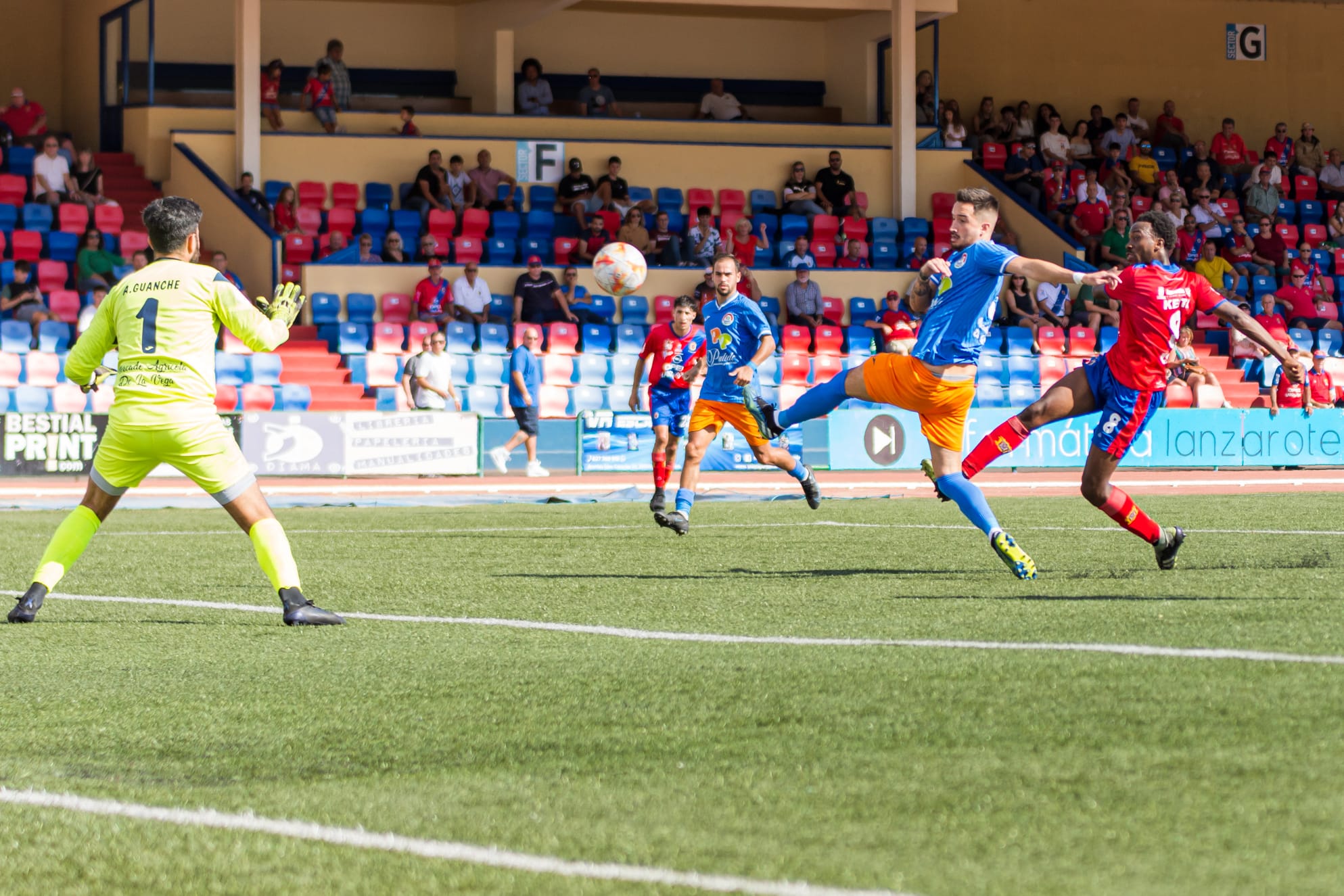 There may not have been goals but it was certainly not through the lack of trying as both teams from the top part of the league table produced an excellent display on a beautiful cloudless day in Arrecife. 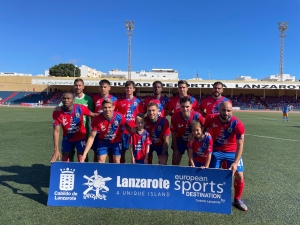 The Gran Canarian side began the weekend in second spot whilst Lanzarote were in sixth position, one place out of the playoff zone. 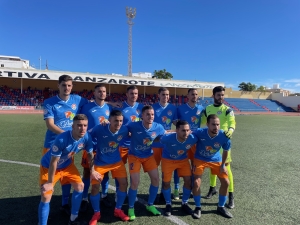 From the first whistle both sides were intent on claiming all three points. Lanzarote should have taken the lead in the 11th minute when striker Di Renzo latched on to a great through ball by defender Agoney, the Argentine superbly controlled the ball but the San Mateo keeper read the situation and claimed the ball as Di Renzo attempted to go around him. 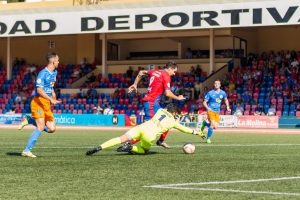 An outstanding performance from the San Mateo keeper.

It was end to end stuff with the visitors shooting just wide of the post minutes later. In the 17th minute Lanzarote were inches away from going in front but Fabricio´s shot just cleared the right hand post.

In the 34th minute the visitors looked as though they had taken the lead when an effort from Alex González beat Rúyman but Keita incredibly got back and headed the ball off the line. His clearance fell straight back to the San Mateo player but Rúyman made his frame large and blocked his volley to only concede a corner kick. 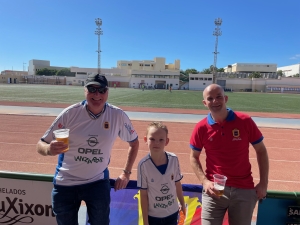 These boys had a cracking day with the mixture of football and sun.

Lanzarote had the final say of the first half when a cross from Keita found Di Renzo but his header went agonisingly wide of the left hand post.

There was no let up in the second half as the game continued with its frantic pace. Much negativity has been said of referees of late but today’s official Señor Rodríguez was a major contributor to such a good match. There was no holding back on tackles but he was always looking to play the advantage and never wanted to be the centre of attention. 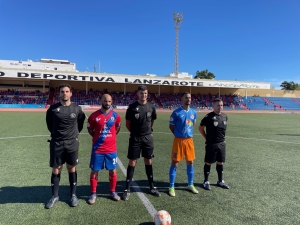 An excellent performance from the officials.

Chances kept on coming for both sides but then in the 69th minute midfielder David Ramírez found himself through the centre with just Rúyman to beat. The Lanzarote keeper stayed on his feet until the last second and blocked the chip to what would have been a certain goal.

In the 77th minute a great run from the left and cutting inside by Ismael Traoré followed by a 25 yard belter of a strike went inches over the Gran Canarian crossbar.

With five minutes left on the clock Keita made a run down the right and struck a powerful effort from 15 yards (main photo) that was destined for the top corner but again the San Mateo keeper produced another almighty save to deny Lanzarote the lead.

With temperatures passing the mid 20s and having played three games in eight days it was noticeable that the Lanzarote players were beginning to tire but their defence held strong to the end even without the suspended Matheus.

This point means the Rojillos move up one position to fifth spot and are now back in the playoff places; the visitors drop one place to third. Next Saturday Lanzarote travel to Gran Canaria for their final game of the year to play 9th placed side UD Tamaraceite.