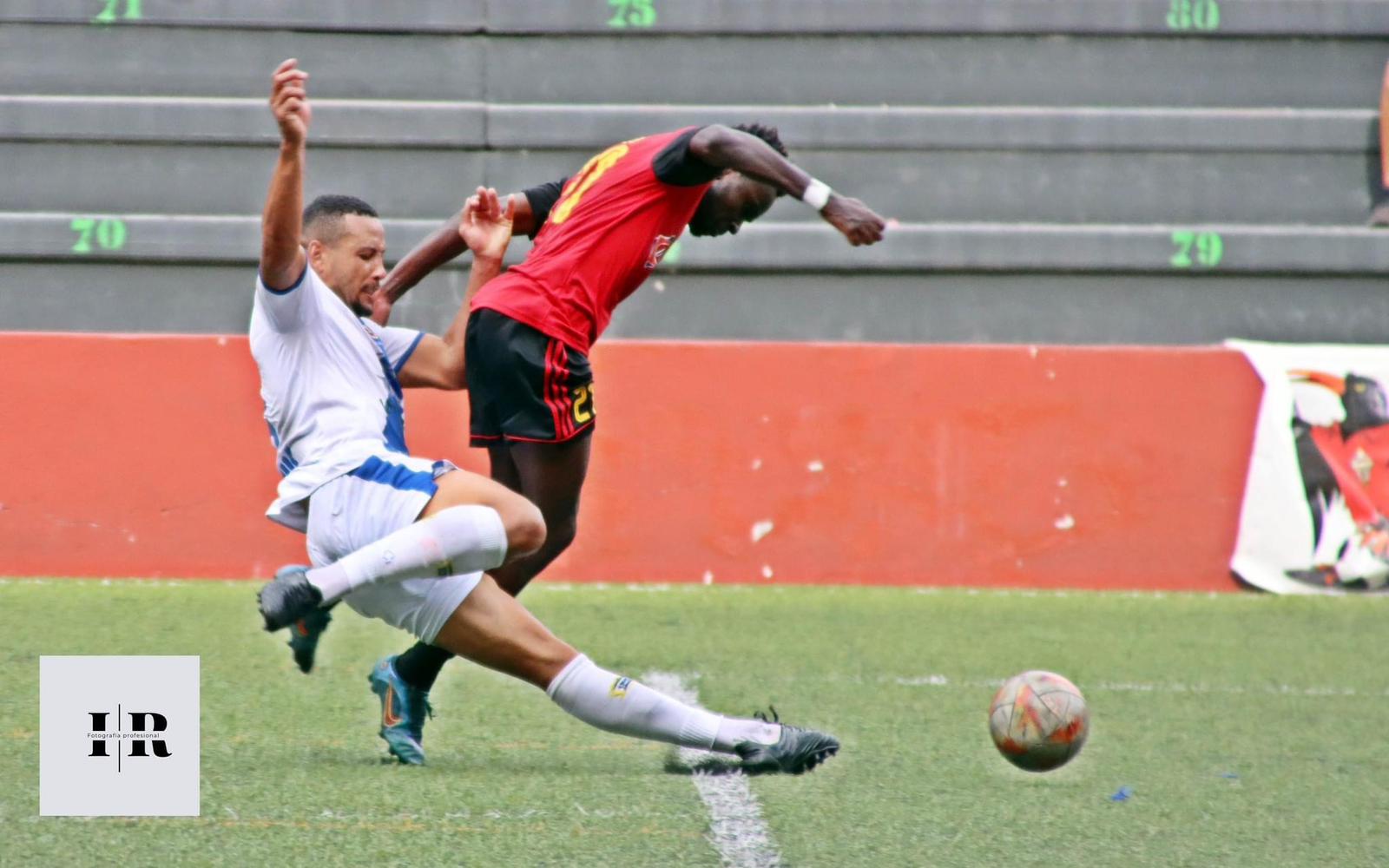 A penalty deep into injury time ends the Rojillos four game winning run as they slip one position down to sixth spot and out of the playoff positions.

This match should have been played on the 9th October but due to unavailability of return flights the match had to be postponed. It is always a difficult journey to Las Palma especially for teams in Lanzarote and Fuerteventura as they need two flights to and fro. In their six home matches only one team has come away with a point and the Rojillos were only a few minutes away to be the second side to return with a point.

Both sides are competing for playoff positions and only one position and two points separated the sides at the start of play with Lanzarote in fifth and Mensajero in sixth.

As expected it was an even first half but in the 33rd minute the Rojillos gifted the La Palma side a goal when a defensive clearance was given straight to Mensajero player Malick who slotted the ball past the helpless Ruymán to give his side a 1-0 lead.

Lanzarote couldn’t renew their fluency of play and the hosts had opportunities to extend their lead before the break but were unable to do so.

The Rojillos came out for the second period determined to level the match, opportunities for Fabricio and Traoré came close but it wasn’t until the 87th minute when a cross from the right was headed home by Ismael Traoré to level at 1-1.

In the 93rd minute the Mensajero goal scorer latched on to a through ball and was brought down by Rojillos centre back Matheus. The offence looked to have been just outside the area (main photo) but in those circumstances at speed and with both players tumbling into the penalty area the referee believed that it was inside the box so ordered a penalty kick.

The penalty was converted by Vianney to give the La Palma side a 2-1 lead. The Rojillos had no time to respond and tasted their first defeat in seven matches.

This Sunday 11th December at 12 noon Lanzarote will be playing their final home game of this year when they host second placed side CF P.P. San Mateo.