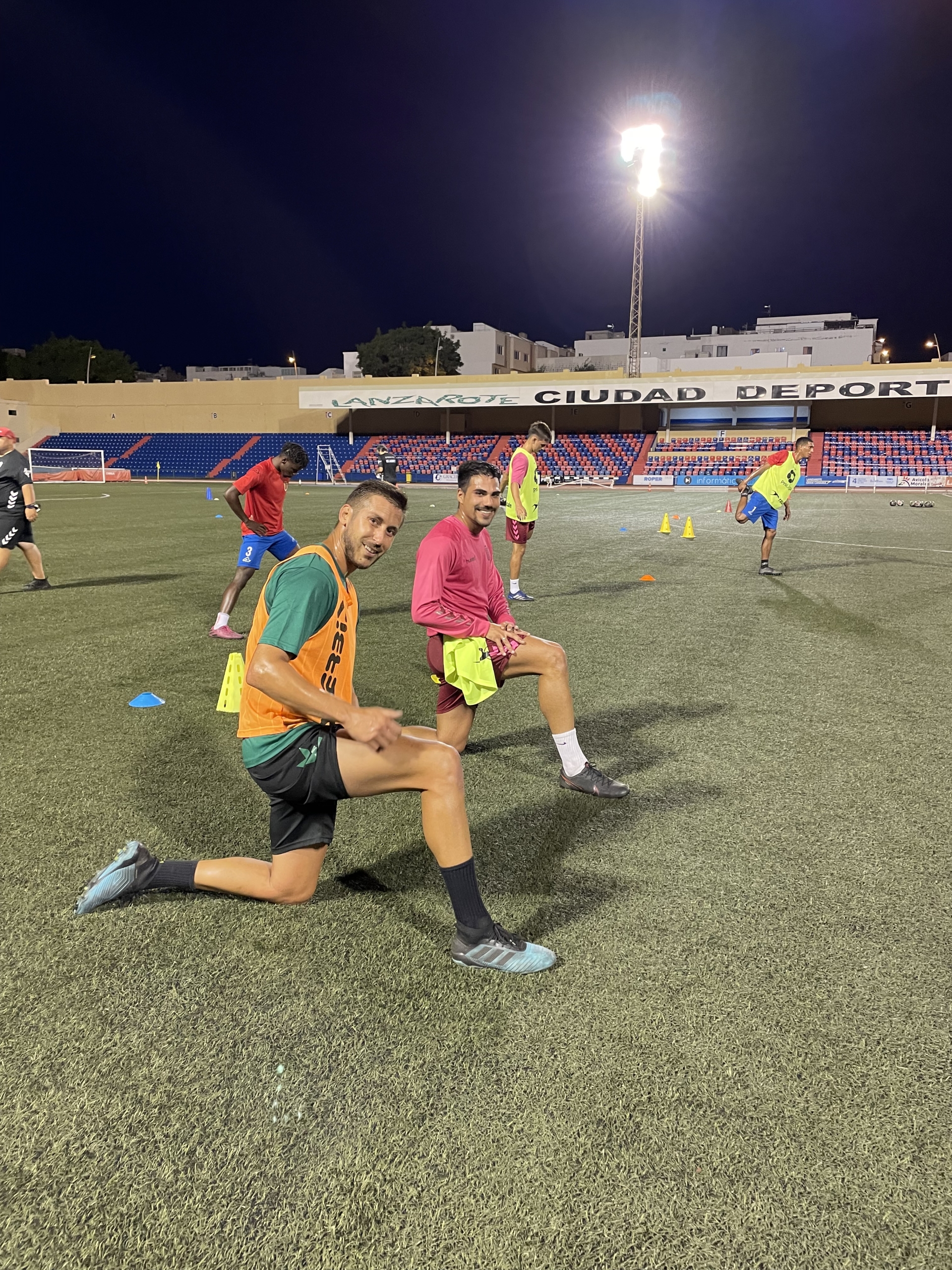 After almost a 3 month break the players return to pre season training this Monday 25th July at 7pm in preparation for the start of the 2022/23 campaign which is scheduled to begin on the 10th/11th of September.

There are no restrictions in place at the stadium so anyone wishing to see the players train can enter at the public entrance to the stadium (not at the gate as on match day) and sit in the seating area under the clock or in the covered stand. There will be four training sessions next week which will be Monday, Tuesday, Thursday and Friday all beginning at 7pm.

The club had 12 players signed since my last update a few weeks ago but have since added another four signatures. Possibly the fans most favourite signing is the club captain Ayoze Pérez.

The 35 year old midfielder/ defender/ striker defines what every supporter wants from a player representing their team; bags of commitment, attitude, desire and of course tremendous ability. This was displayed in the final home match of last season versus SD Tenisca where anything but a win would have spelled relegation for the club. His man of the match performance topped off with the winning goal just about sums up the Lanzarote captain. 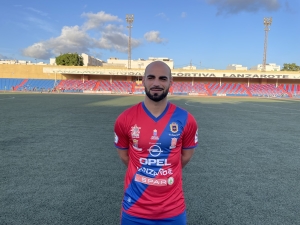 Captain Ayoze Pérez pledges another season with the Rojillos.

18 year old Bamory Coulibaly joins the Lanzarote first team after a season in the Regional league with Marítima. The midfielder from the Ivory Coast has been on the radar of the management of the club for some time and is pleased to add the youngster to this season’s squad.

Left back Juanca Ramos spent last season with the UD Lanzarote B team however for most of the season he was training with the first team but now the 26 year old is delighted to officially be in the first team squad.

The final signing to date is 21 year old Vicente Meca. The left sided attacking player also enjoys switching flanks has already gained three seasons experience playing at this level in mainland Spain with his last side being Real Murcia B. We welcome him to the club. 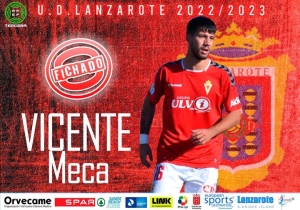 21 year old Vicente Meca is looking forward to his first season as a Rojillo.

It is a welcome return to the annual Juan Morales Cáceres tournament in Tinajo. The four teams include CD Tinajo, Unión Sur Yaiza, Maritima Under 19s and UD Lanzarote. The schedule is:

Entrance is normally 5 Euros and it’s always nice to support the local club by buying a cheap raffle ticket as you go through the gate. It maybe scorching weather but Tinajo has its own climate on occasions and I would advise anyone going to bring a jumper or jacket.

The San Ginés tournament is held at our home stadium in Arrecife and is normally a couple of weeks after Tinajo and this is likely to be announced soon.

The AGM for its members (Socios) will be held at the club at Calle Isleño 4, Arrecife on Thursday 4th August at 7pm with members joining at 7.30pm. The items on the agenda are:

Whilst the meeting is in Spanish any questions at the end can be answered in English by our President Juan Carlos Albuixech.

This season there will be 16 teams in our league and season tickets (Abonos) and membership (Socios) will be available soon. This season you will be able to purchase these without having to go to the club. They will soon be available to buy at the shop in Costa Teguise and also with David and Brendan in Puerto Del Carmen. Details will follow shortly.

The annual beach training day is also likely to be announced soon. It will either be in Puerto Del Carmen or Costa Teguise in August where youngsters can join in with the first team players, others who are not so energetic can sit and watch the lads train on the beach whilst enjoying the evening sun.

The club has been in positive talks with the Cabildo (local government) over the long awaited return of the refreshment kiosk and hope to announce confirmation shortly.

The fixture list in Spain is always later than other European countries. We are hoping that it will be released by the Spanish Football Federation by the end of July.

Official merchandise is available from the shop in Costa Teguise all summer Monday to Friday 10am to 1pm and also Wednesdays 5-7pm at CC Nautical, Local 25. (Up from Decades Bar and behind Café Bonjour) https://maps.google.com/?q=28.997751,-13.492223 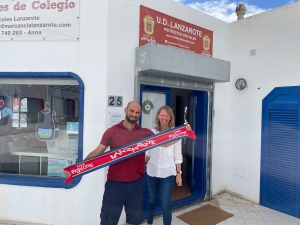 Ayoze Pérez shown here with my wife Anna at the shop in Costa Teguise.

Merchandise is also available from the Club stand at the Teguise Sunday market every Sunday from 9.30am to 2pm.