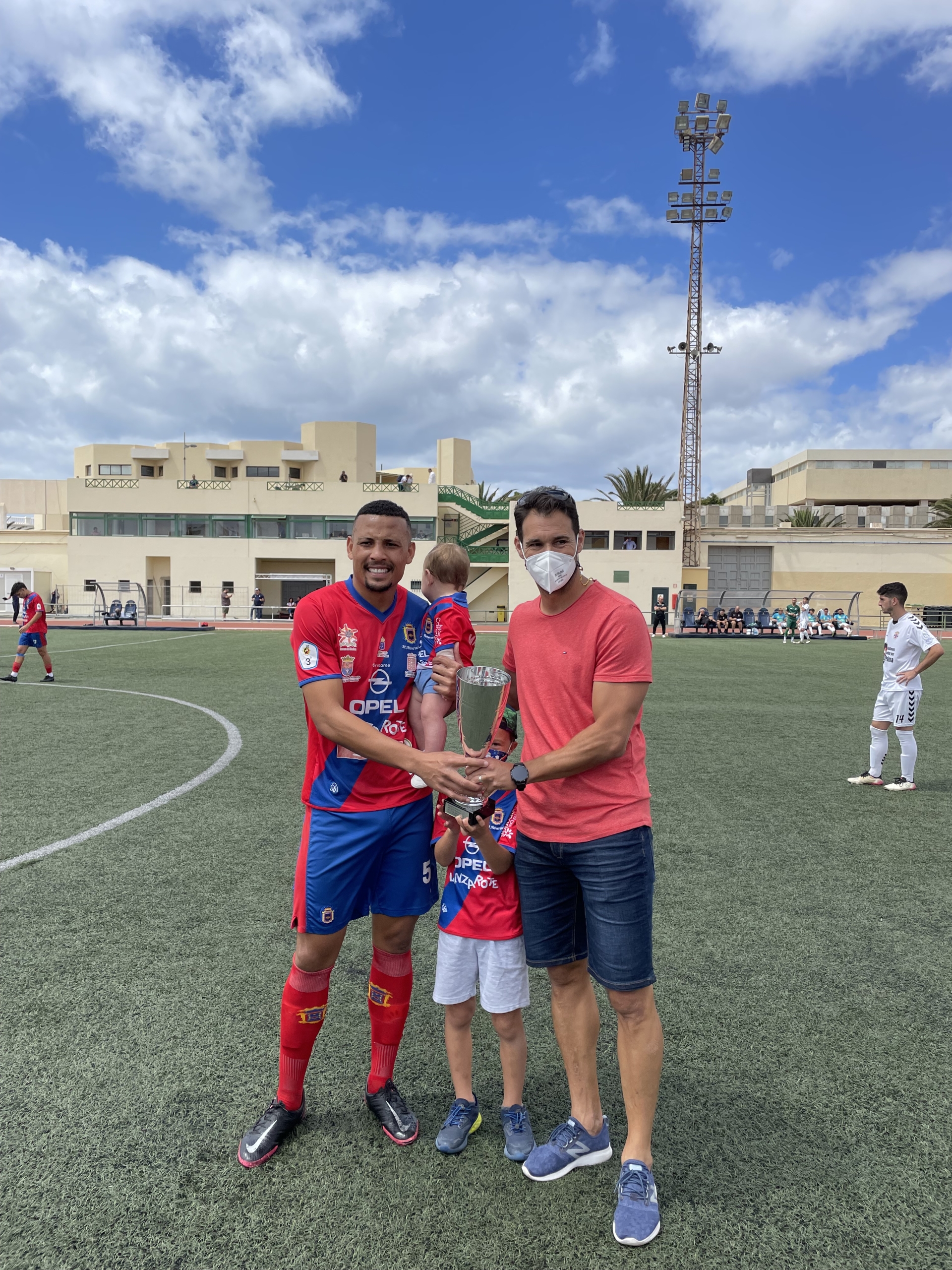 Over the last couple of weeks UD Lanzarote have secured another six signings to add to the six players who have already committed themselves to the Rojillos for the forthcoming season.

New boy Kilián Alemán is a 24 year old left sided midfielder/winger from Gran Canaria and is very skilful and confident and is looking forward to his first season in a Lanzarote shirt.

I am sure that all UD Lanzarote fans will be delighted that striker Gonzalo Di Renzo will continue with the club this season. The 26 year old Argentine who has an Italian passport joined in January in the last campaign and proved an instant hit. His aerial prowess is immense and his overall reading of the game is superb. In the final two matches he had just returned from injury and played a huge part in those final two wins which helped the club avoid relegation. 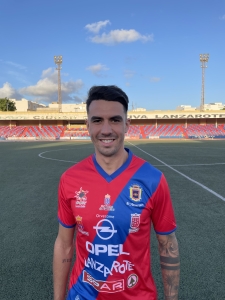 21 year old local boy Kevin Lemes began last season in the B side but ended up being involved in 16 first team matches, seven of those were in the starting Xl. Kevin predominately plays on the right side of midfield but is also an excellent attacking defender.

Last season it was Lanzarote´s defence that really saved the club from relegation conceding fewer goals than any other team in the league. The Brazilian centre back Matheus formed an excellent partnership in the heart of the defence with Raúl and had an outstanding year. He was rewarded from the fans by being voted the Player of the Season. The 25 year old who will be 26 on Monday is also extremely dangerous from set pieces scoring hugely important goals last season one of which was an injury time winner versus CD Tenerife B.

Another player that joined last winter was Ivory Coast winger Ismael Traoré. The 28 year old left winger looked fantastic in his opening games carving open defences however; he was unfortunate to pick up a muscular injury and only managed to be involved in five games. Nevertheless his return to fitness and his attitude persuaded the management to sign the talented winger for another term.

The latest signing is striker Adrián Bravo. The 31 year old from Madrid played for CDF Tres Cantos in the same standard of football as UD Lanzarote last season and was the fourth highest scorer in the league with 15 goals. The Rojillos were dismal in front of goal last season and will be hoping that the experienced centre forward that started 34 of his 35 games last campaign will continue his good form and is welcomed to the club.

All these lads will be joining current players Alejandro, Adrián Machín, Keita, Raúl, Ruyman and new signing Javi Martín. Half of the squad is already full but in my next update in a couple of weeks I will be expecting that the club has announced many more signings.

The players normally return to training mid July with pre season tournaments beginning later in that month. The highlight of pre season is usually in the first or second week in August with the San Ginés tournament. Everyone keeps asking me about fixtures for next season but they aren’t normally released until late July.

The club will be hoping to sell season tickets soon but are not able to do so at this moment because of still not knowing for certain how many teams will be in the league. Several of the seven relegated teams have complained to the Spanish Federation by the severity of the relegation system last season and are awaiting the outcome of this argument.

On top of this, it is also possible that one club in the league above that have had financial problems and may not continue. Should this happen it is possible CD Mensajero will avoid last season’s relegation and remain in the league above and this could also lead to CD Buzanada remaining in Lanzarote´s league. Once all this is confirmed then we will be selling our season tickets (Abonos) and memberships (Socios).

The shop in Costa Teguise that sells club shirts and official merchandise will remain open all summer from Monday to Friday 10am to 1pm and also Wednesday 5pm-7pm. The shop is close to the centre of Costa Teguise though it isn’t frontline. It’s situated at CC Nautical, Local 25 which is just up from Decades Bar and behind Café Bonjour. https://maps.google.com/?q=28.997751,-13.492223

Merchandise will also be available from the stall at Teguise market every Sunday from 10am to 2pm.