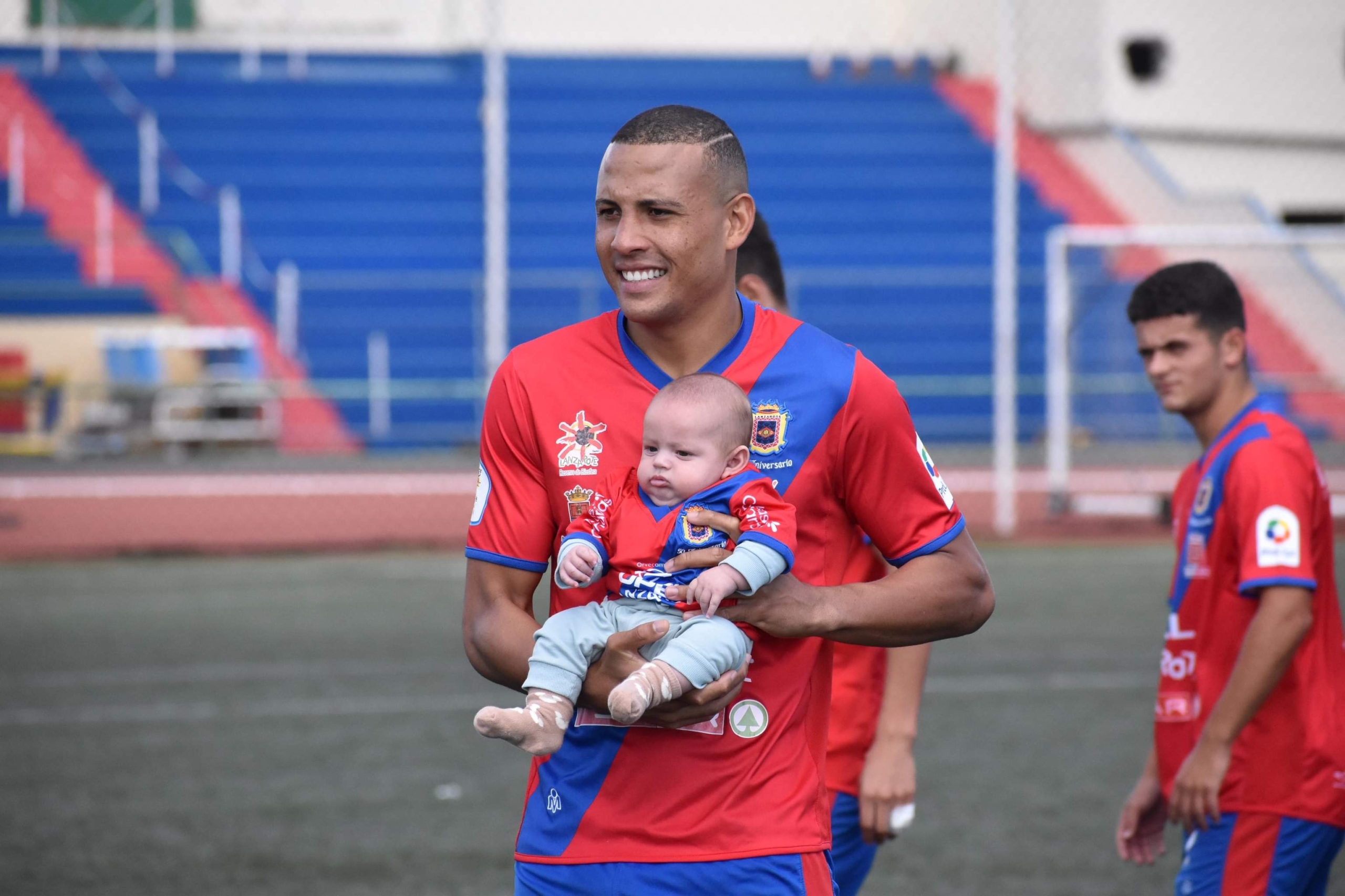 Our superb Brazilian centre back Matheus has won “Player of the Season” voted for by the clubs fans. He will be presented the trophy by last season’s winner and Lanzarote legend Rosmen before the 12.30 kickoff at this Sunday’s game.

The Rojillos have had a difficult season however their defence has been the best in the entire division. Our fans have clearly recognized this with the top three players being either a defender or a goalkeeper.

THE TOP 5 PLAYERS VOTED FOR BY THE FANS ARE:

The rest of the votes were as follows:

Many thanks to UD Lanzarote fans Jacci and Kevin Doherty who counted the votes and also a big thank you to British fan Brian Barnett who once again handmade the memento for player of the season, which Matheus will keep.

FREE ENTRANCE TO THIS SUNDAYS HOME MATCH AT 12 NOON

COME AND SUPPORT LANZAROTE THIS SUNDAY 24th April at 12.30 for FREE IN THEIR...
Scroll to top