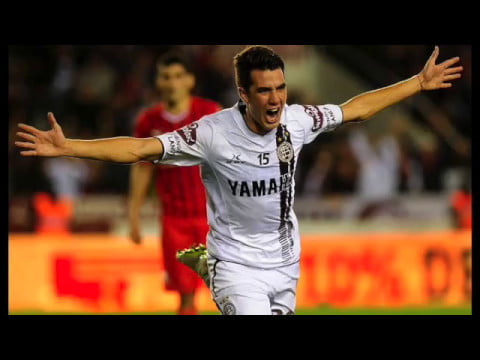 UD Lanzarote return to the Tercera Division (Fourth Tier) league football this Sunday 9th January with an away match versus the third placed side CD Unión Puerto at 12 noon.

The Fuerteventura side are bang in form unbeaten in their last 8 matches, winning 5 of those. The Rojillos ran into a mini crisis between mid October until mid November where they could only muster up 3 points in 6 matches and slipped from 2nd down to below mid table, however in their past four outings they are unbeaten winning two matches and not conceding.

The Rojillos go into the second half of the season in 6th spot and are just goal difference away from a playoff position though every other side in the league have games in hand and just four points separate 4th to 14th position.

The club welcomes three new faces into their squad. Attacking midfielder Germán Pacheco is from Argentina but came to Spain at the age of 15 with his parents. He has played at the top level for Atlético Madrid and in one match versus Arsenal he came on as substitute replacing Man City legend Sergio Aguero and scored the equalizing goal in the 87th minute to make the score 1-1. Before all Spurs fans jump about celebrating Arsenal won the match at the Emirates 2-1. Germán is 30 years of age (1.79cm) and has also played for Rayo Vallecano and Córdoba. 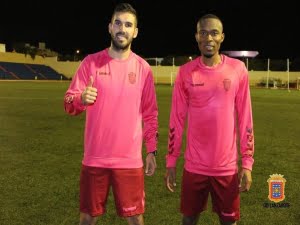 Germán will be joined by fellow Argentine also with an EU passport (Italian) Gonzalo Di Renzo (main photo). The tall (1.87cm) striker has just turned 27 years of age and has played at the highest level in Argentina with spells in Venezuela and the United States. He has also participated in the Copa Libertadores which is the South American Champions League and will join the club early next week.

The third new signing is Ivory Coast winger Ismael Traoré. The 28 year old has been in Spain since he was 17 and trained under the guidance of Pochettino at La Liga club RCD Espanol in his first season. He has played for several clubs in Spain and last season helped Club Atlético Pulpileño to promotion to Segunda B (Third Tier).

I am sure on behalf of all UD Lanzarote fans we wish these lads much success in the months ahead. The next home match is on the 16th January versus the league leaders UD Las Palmas C. The club is offering a short season ticket for the remainder of the campaign (8 games) priced at Adults 35 Euros and Pensioners 20 Euros. Children Under 16 are admitted free of charge. These are available from the club at Calle Isleño 4, Arrecife open Monday to Friday from 9am until 12 noon and Tuesdays and Thursday 6-8pm.