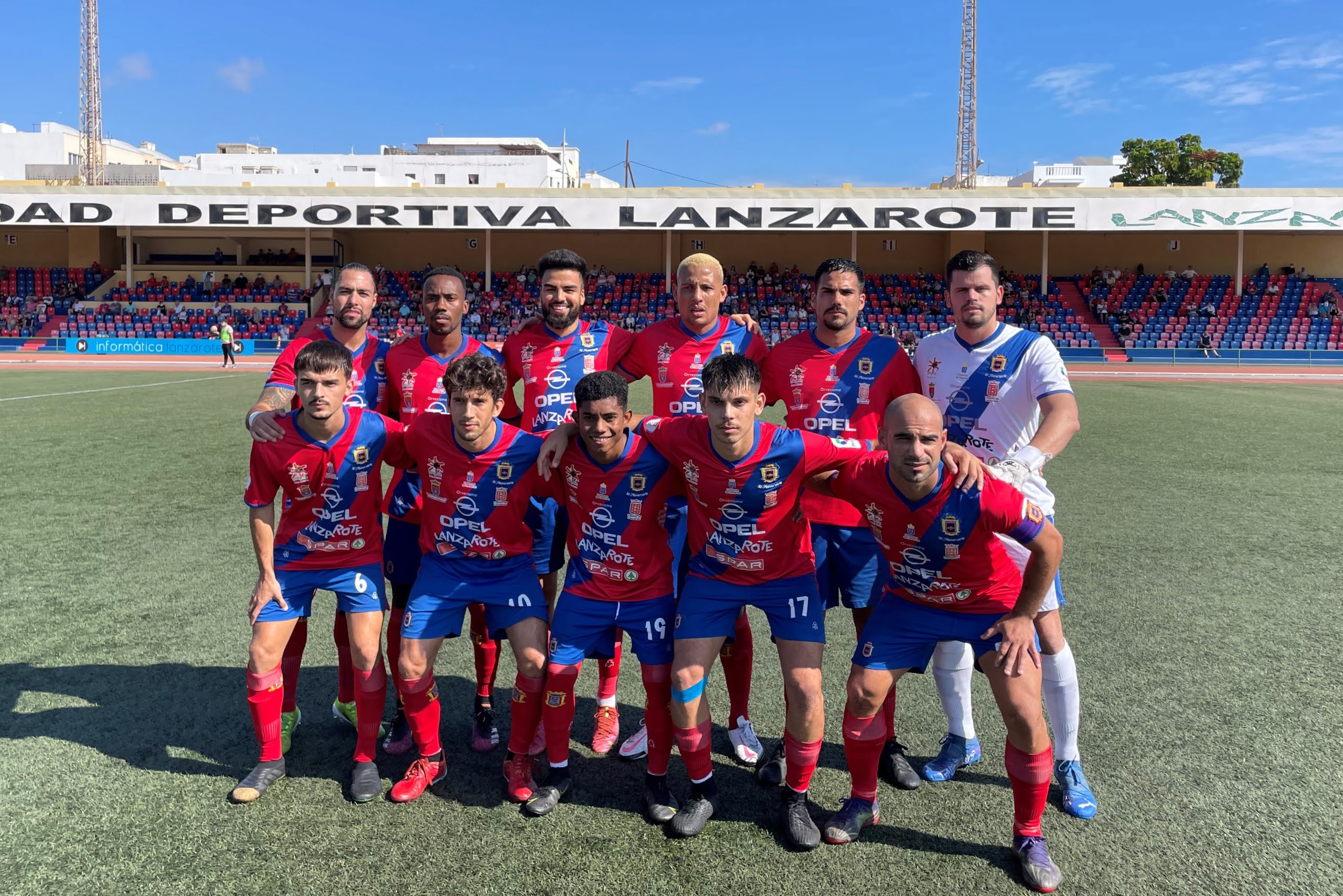 For the seventh time of asking Lanzarote finally taste victory with a goal from centre back Matheus five minutes before halftime and move up to sixth spot. 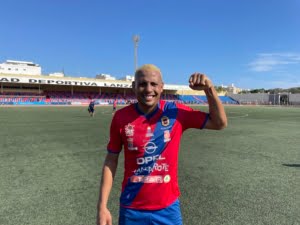 An excellent game for our Brazilian centre back capped off with the winning goal.

On another stunning autumn day the Rojillos were desperate for a win against a side that has better recent form than Lanzarote but are sitting at the bottom of the table.

The Rojillos began the match in a positive frame of mind. Strikes from Machín, Ayoze Pérez and Raúl in the opening 20 minutes forced the Tenerife keeper into some good saves but once again it was the small frame of Alyson who looked the most dangerous player on the field.

In the 35th minute Alyson found space on the right wing giving him the opportunity to run at a defender. As he cut inside the left back he fired in a powerful effort from 15 yards but it went just wide of the right hand post.

Only four minutes on and Alyson again lost his marker but then was brought down and he was awarded a free kick on the right corner of the penalty area. He took the free kick and a scramble ensued inside the six yard box and it was the Brazilian centre back Matheus that reacted first and with his back to goal managed to swivel and blast the ball into the roof of the net to send his side into the half time break 1-0 up.

Lanzarote were good for their lead and had dominated much of the play but they were fully aware that one slip in concentration and all their good work would be undone. The search for the second goal was underway.

In the 53rd minute Alyson crossed from the right and the ball was half cleared and bounced invitingly for Ayoze Pérez on the edge of the box. In these situations Ayoze has superb timing on a volley but on this occasion and he probably had too much time to think about it as he blasted his effort clearing the crossbar by a good 20 metres.

Dani and Miguel Gopar were in charge of the midfield and it was the latter in the 67th minute that sent Alyson away with an inch perfect pass through the centre. The little Brazilian was clearly brought down but the referee gave the defender the benefit of the doubt and only cautioned him with a yellow card when a red seemed more likely. 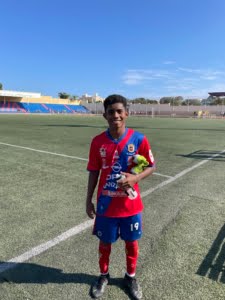 Still Lanzarote could not find that second goal and as expected the visitors rallied. There were no clear chances for the Tenerife side whilst Lanzarote had two opportunities on the break to seal the win both from Alyson but the Las Zocas keeper was formidable in goal saving superbly on both occasions.

It didn’t matter as the referee blew for full time and you could feel a sense of relief from the fans and players as the Rojillos ended their poor run and shot up the league table into sixth spot.

Next Sunday Lanzarote travel to Tenerife and face 11th placed side CD Vera.