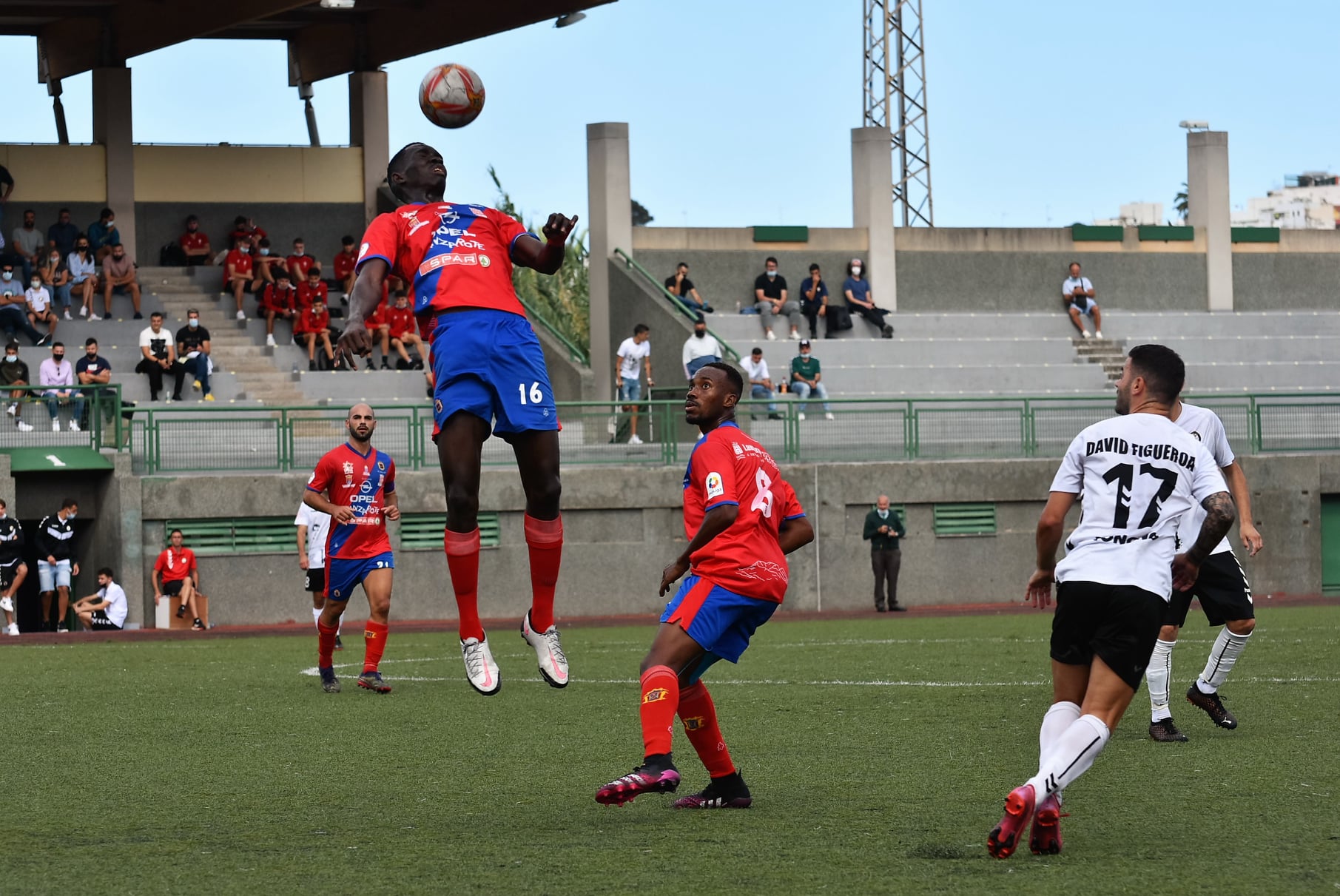 The Rojillos poor form continues. On October 9th Lanzarote returned from Tenerife with a great 1-2 away win and moved up to second spot, a little over one month and six games later they have slipped to 9th spot and collected just three points. 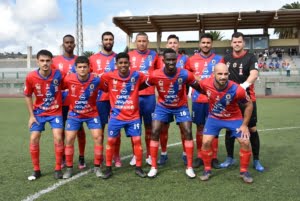 Over in Gran Canaria on Saturday Lanzarote faced fifth placed side Arucas CF who had only picked up one point on their travels in their five games played however at home they continued their fine form with a win making it six wins out of six this season and move into second spot.

The home side began the match the better of the two teams but in the early exchanges it was their opponents who had the best chances. In the 20th minute Alyson found Ayoze Pérez on the edge of the box and the Lanzarote captain slotted the ball home to give his side a 0-1 advantage.

The Lanzarote captain Ayoze Pérez giving his side a 0-1 lead.

Lanzarote had an opportunity to double the score but it was the home side that levelled somewhat fortuitously ten minutes before the break. Following a corner kick David García struck from 10 yards but his strike was going way off target until it hit Matheus in the stomach and rolled into the bottom right hand corner leaving keeper Alejandro no chance.
In the second half the game was evenly matched though the Rojillos came close on two occasions to regain the lead. Ayoze hit the crossbar from a long distance effort and Miguel Gopar´s strike hit the side netting.

In the 81st minute Lanzarote´s nightmare continued when a cross was headed home by Chiqui to give the Gran Canarian a 2-1 lead and as it turned out maximum points to send them second in the table.

Lanzarote slip two places to 9th yet are still only three points adrift of the playoff positions. Whilst there should be no panic in the Rojillos camp, this Sunday 21st November Lanzarote are at home at 12 noon and face bottom club UD Las Zocas. Needless to say nothing but a win will suffice.