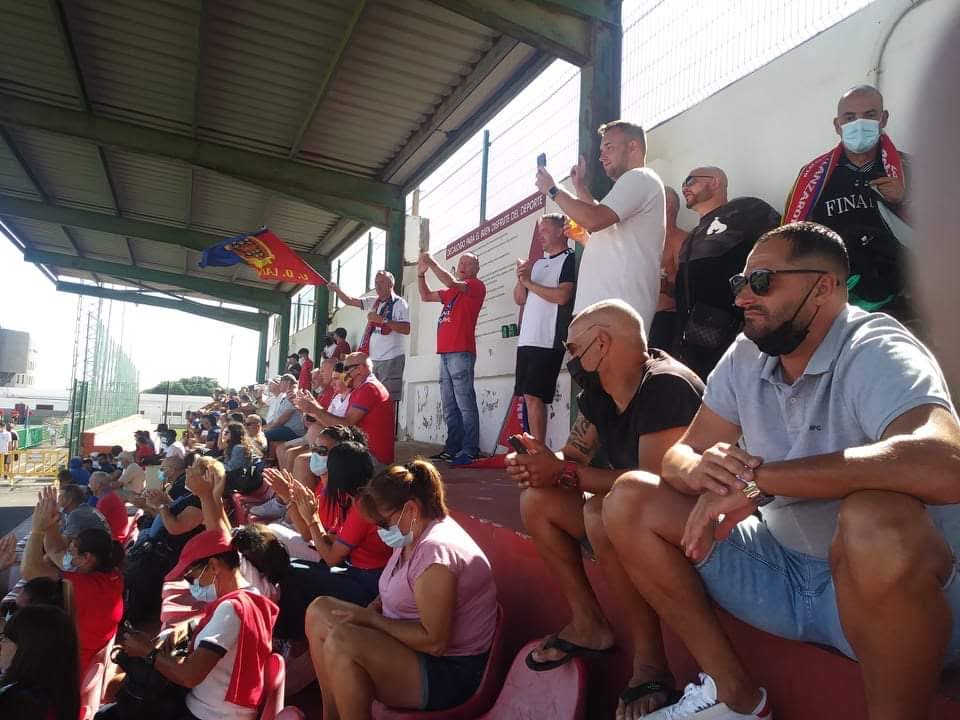 The Rojillos were hoping for a good performance after a difficult week. Unfortunately this was not to be as the Fuerteventura side continued with their dream start to this division with another win sending them to second spot in the league table whilst Lanzarote slip to 7th. 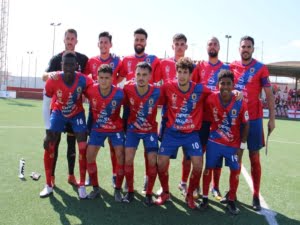 The club had organised an excursion over to this match which many fans took advantage of, others made their own way there and even some people from Lanzarote who live in Fuerteventura came to support their team. All left disappointed.

The home side are the shock team of the season. After winning promotion in the playoffs they returned to this division for the first time since 1945. They got off to a dream start topping the league table after winning their opening three matches and not conceding a single goal. Then came a couple of defeats and a draw which led people to believe that their bubble may have burst, then two wins on the bounce and with games in hand on their rivals they are looking extremely comfortable and bursting with confidence.

The Fuerteventura side were the better of the two teams in the opening period and on the half hour deservedly took the lead when the ball ricocheted off players and fell to striker Nouri who fired home to send his side 1-0 up.

Three minutes into the second half and Lanzarote found themselves with a mountain to climb in the scorching heat. A cross from the right found striker Chata in the centre looking suspiciously offside but no flag was raised and he stuck the ball home to give his side breathing space with a 2-0 lead.

Lanzarote did begin to fight back and had the majority of possession but the home side were happy to sit back and protect their advantage not allowing their opponents any clear chances.

In the final minute Lanzarote were awarded a clear penalty when Alyson was brought down. Rubo sent the keeper the wrong way to narrow the deficit to 2-1.

Deep into stoppage time the Rojillos came so close to snatching a point but a shot was deflected and hit the post. In the dying moments sub Juanito also had a good opportunity to earn his side a point with an effort but it wasn’t to be as Lanzarote succumbed to their second consecutive defeat.

Next Sunday 7th November at 12 noon Lanzarote are at home to 10th placed side CF Unión Viera. The Gran Canarian side will be buoyant having claimed all three points on Sunday with a 95th minute winner against luckless SD Tenisca.

To watch this match one can just turn up on the day and pay at the door. No ID or vaccine certificate is needed but do bring a bottle of water with you as no refreshments are available inside the stadium. Masks must be worn at all Spanish public events and this includes football matches.