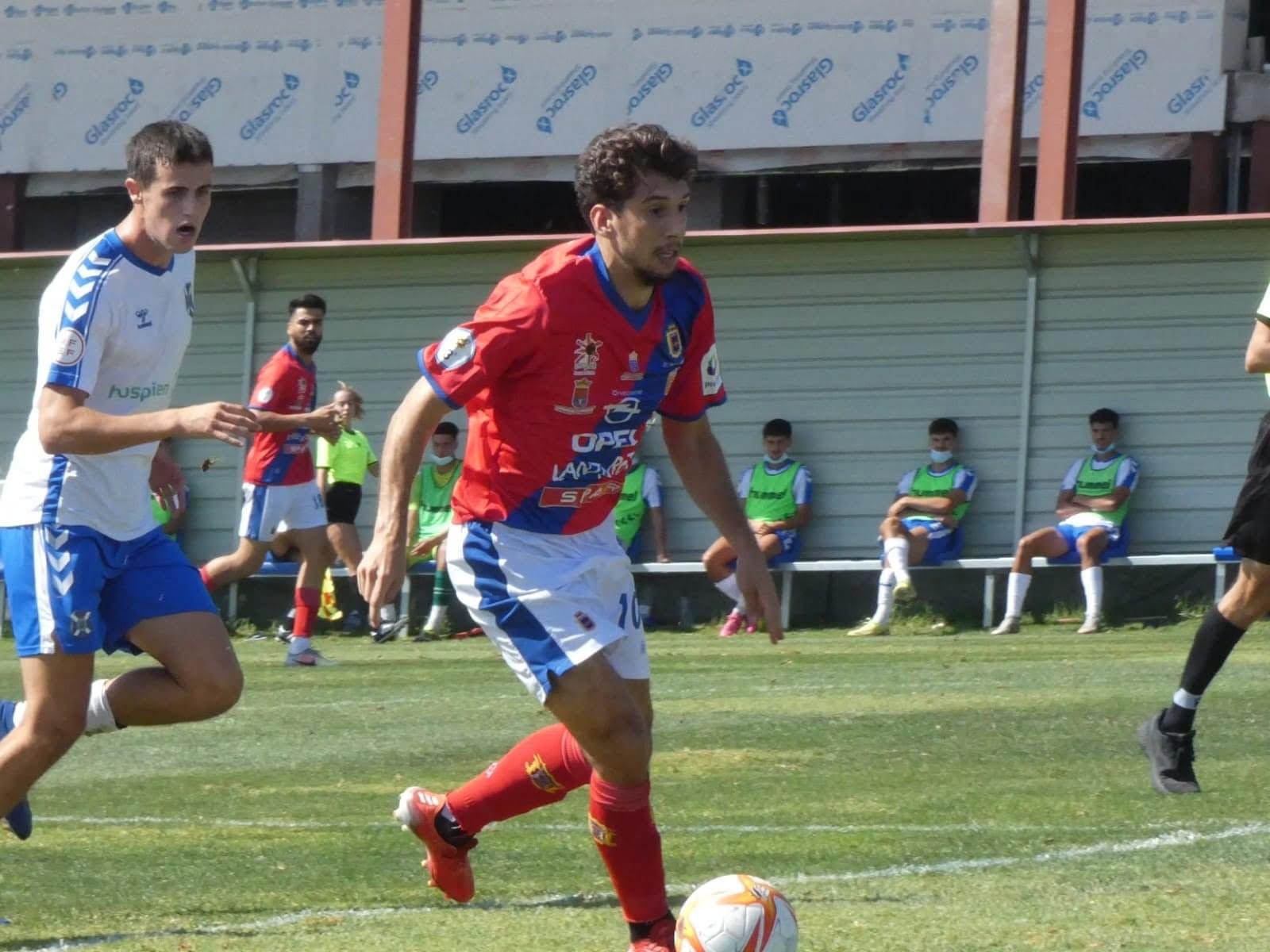 The Rojillos drop one place to third in the table but remain unbeaten in their last six outings and have reduced the gap to top spot to three points following a defeat for league leaders UD Las Palmas C.

Even though Tenerife is one of the big clubs in this league it is not the most hospitable ground for teams to visit. To compound all this Lanzarote went a goal down in the opening two minutes through a well worked move and things didn’t look good for the Rojillos.

Lanzarote were under the cosh for most of the first half but defended stoutly and they did this without one of their most consistent players, centre back Raúl through a rib injury and their captain Ayoze Pérez who was serving a one match suspension.

It was important for Lanzarote not to concede a second goal and remain within touching distance to give themselves a chance for the second half and this is exactly what they did.

The home side began the second half with the same intensity but seemed to run out of ideas and this led a path back into the game for Lanzarote. Gradually the Rojillos began to hold possession and dominate.

In the 69th minute a quick free kick by Miguel Gopar (photo) allowed the hugely talented Brazilian Alyson into the area and his shot across the face of the goal found the corner of the net to level the score at 1-1.

Tenerife ended the match the better of the two sides and had a couple of good chances to claim their third win on the bounce but Lanzarote remained firm and returned home with a well earned point.

Next Sunday 24th October at 12 noon Lanzarote are at home in the local derby match versus U.S. Yaiza. This is expected to be a well attended match so if you can go to the club in Arrecife at Calle Isleño 4 to buy your tickets and for friends it would be wise to do so to avoid queuing on match day. You will need ID of whoever you are buying for and a photocopy or a phone photo of passport is sufficient.

The club is open Monday to Friday from 9am to 12 noon and also Monday, Tuesday and Thursday from 6pm-8pm. If you are going to pay at the gate on match day get there early. Doors open at 11am and bring water and ID with you.