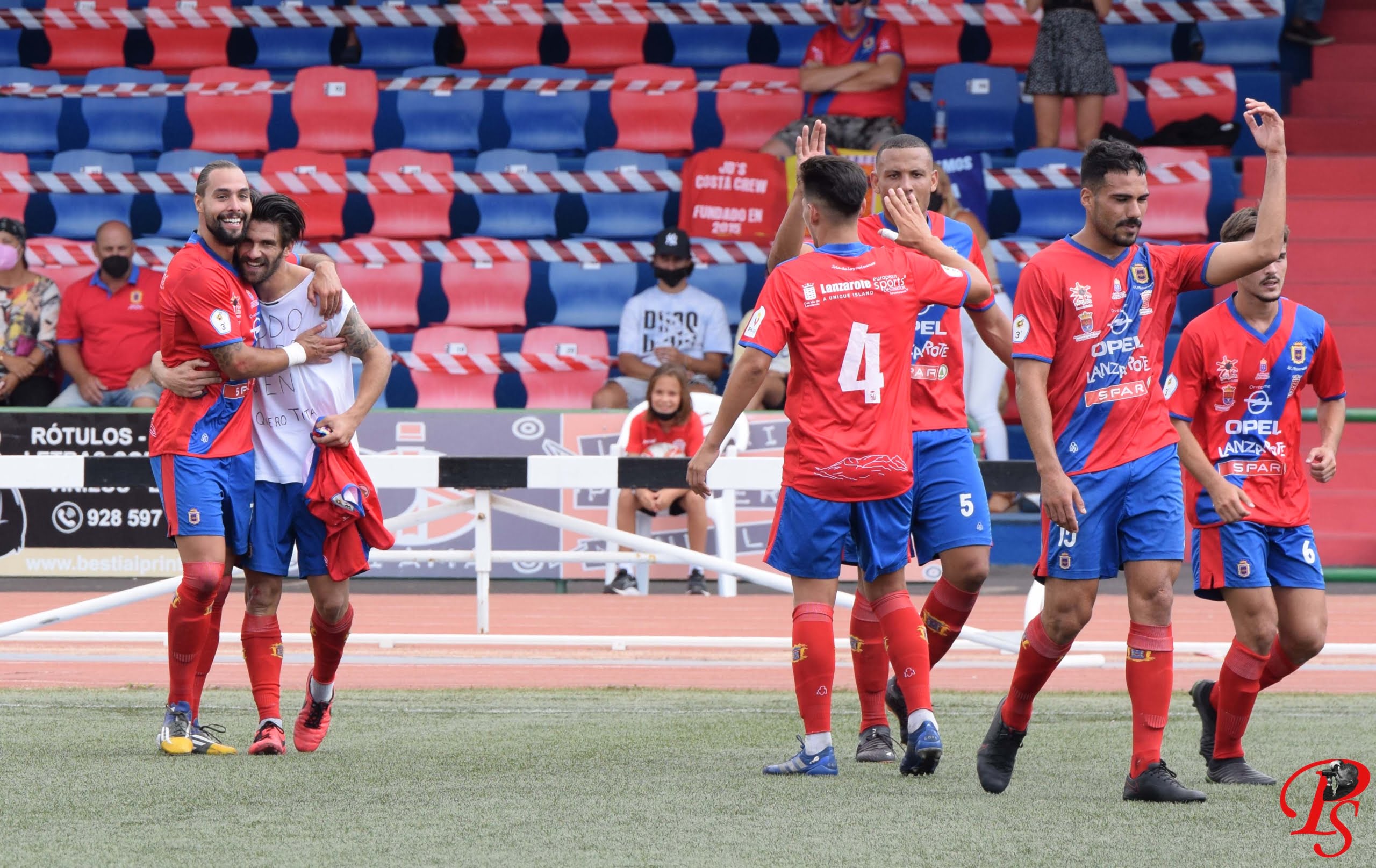 The Rojillos strolled to their first win of the season wrapping the game up with all the goals coming within the opening half hour.

The game began at a frantic pace with both sides playing some entertaining football. The Lanzarote players were without their manager Mateo García as he is due for surgery and will be out of action for a few weeks. His assistant Sergio Hernández along with the vastly experienced UD Lanzarote sporting director Sosa Espinel was in charge and the players were eager to impress. 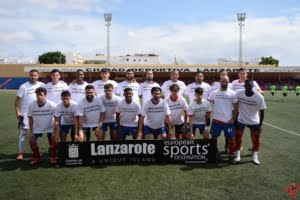 The first clear chance came in the 10th minute when midfielder Dani threaded through a delightful pass to Miguel Gómez, he struck with power but it was from a narrow angle and the keeper was well positioned to palm the ball away to safety.

Three minutes later and striker Rubén Blanco (Rubo) did what every good striker does and that is anticipate. He read a poor back pass, rounded the keeper and slid the ball home to send the Rojillos 1-0 up. In all three matches played so far this season Lanzarote have been 1-0 up so I was not getting too carried away but the players were anxious to increase their lead.

In the 22nd minute the Fuerteventura side had a great opportunity to level. Striker Ismael broke through the heart of the Rojillo defence and was just about to strike from the edge of the box with just the keeper to beat until those long Senegalese legs of Thioub made an incredible tackle to wash away the danger. The number 16 Thioub is one of the new summer signings and he had a cracker of a game. 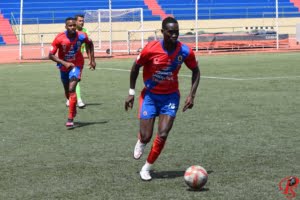 A superb match from midfielder Thioub

Five minutes later and Gran Tarajal were caught out by the sensational pace of the teenage Brazilian Alyson, He flew down the right wing and had the composure to gently chip over the keeper from a narrow angle to give Lanzarote that all important second goal. 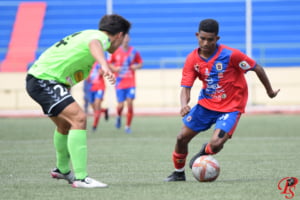 The fans had only just sat down and it was 3-0. Wonderful quick thinking by captain Ayoze Pérez caught the Fuerteventura defence napping. His quick free kick sent the ever alert Miguel Gómez on his way. He received the ball 25 yards out and struck a powerful low effort from 10 yards wide of the keeper to put his side three up in under 30 minutes.

Gran Tarajal were looking to stop further damage but on the stroke of halftime the 19 year old Brazilians pace was too much for the visitors defence and he was clearly brought down and a penalty was awarded. Miguel Gómez planted the ball to the keeper’s right but it was at a good height and he saved his team from going into the break with a four goal deficit.

There were no further goals in the second period though it was the Rojillos that looked the more likely to score as they hit their opponents on the break.

The management had the luxury to use all of their five substitutes with their commanding lead and with Raúl and Matheus solid at the back they held on not only for their first victory but also their first clean sheet of the season. 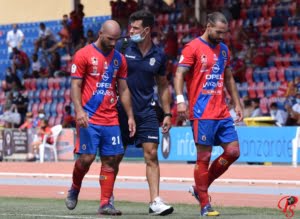 A rest after a job well done for captain (left) Ayoze Pérez and striker Rubo.

Lanzarote have moved up five places to 8th spot and travel to Gran Canaria next week to play 13th placed side UD Villa Santa Brígida.

The club wants to apologise to all of its fans and Gran Tarajal supporters for the delay in getting into the game. Clearly this needs to be dealt with swiftly. People with season tickets were admitted easily but for fans paying at the gate, the club is obliged to write down every persons details for track and trace purposes and this caused the delay.

Most of the tourists who follow the Facebook page Lanzarote football club or website www.lanzarotefootball.com did arrive early at 11-11.15 and these people did not miss a kick but so many fans that turned up later through no fault of their own missed a large part of the first half. The club is adamant to get it right on their next home match on the 3rd October.

I am sure most people have heard of the spectacular volcanic eruption on the island of La Palma. Many theories have been speculated including no air travel, a mega tsunami and a whole host of unnecessary worry. The fact is we live in a volcanic zone and this is a natural event, only one flight was delayed and that was in La Palma at the beginning of the eruption. Nobody can fully predict what nature is capable of but experts have laughed off all the theories as this was an expected event. Life in Lanzarote (around 400km away) and all the other Canarian islands is as normal. The volcano is expected to continue erupting though less violently for the next couple of months.

LANZAROTE AT HOME THIS SUNDAY AT 12 WITH MORE FANS ALLOWED

HELPING THE VICTIMS OF LA PALMA
Scroll to top