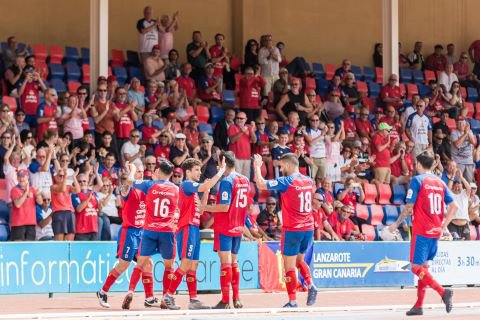 The Rojillos ease relegation worries as they beat the side directly below them in the league table and move up to 15th and six points clear of the bottom three. 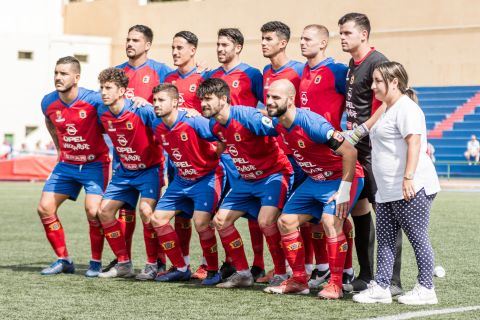 The opening stages were dominated by Lanzarote but it was the Tenerife side with 41 year old and ex Primera Liga player Jonathan Sesma who fired in a blistering cross causing mayhem in the Rojillo defence. The ball fell to striker Airan, he hit a crisp volley from 12 yards and only a superb save by keeper Alejandro low to his right that prevented the Rojillos going a goal down. 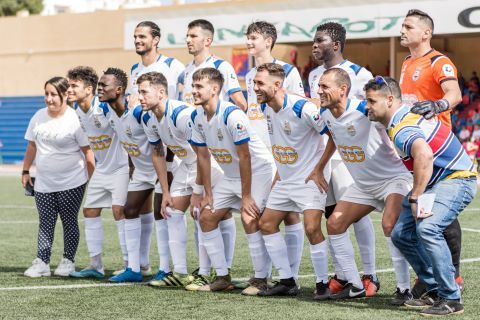 Lanzarote’s first good opportunity came in the 19th minute when a strike from the hugely impressive Miguel Gopar was blocked, the rebound fell to Adib but his effort was well saved by the keeper at full stretch to his left.

Ten minutes before the interval and the Rojillos finally broke down the Ibarra defence. A corner from Miguel Gómez fell to Kilian, the super January signing did very well adjusting his body before striking a sweet half volley from the edge of the box into the top right hand corner to send Lanzarote 1-0 up. 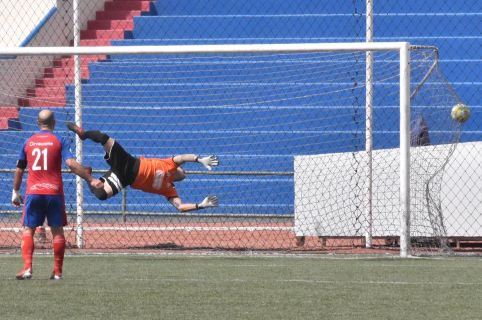 A cracking strike by Kilian gives the Rojillos the lead.

In the space of three minutes the Rojillos had four good opportunities to double their lead with Nico, Ayoze, Omar and Kilian all coming close. Lanzarote continued their domination as the second half began when Aday López was denied by a late block from his thunderous effort from 10 yards. 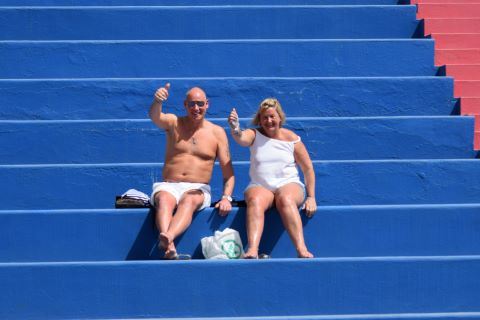 This couple loving the winter sun.

In the 57th minute winger Alex Fuentes who had been running the Tenerife defence ragged all afternoon turned his defender inside the box and was clearly brought down, it s not often that you see a clear undisputed penalty and there was certainly no need for modern day technology, if anything a police report for GBH from the defender would have been more appropriate. 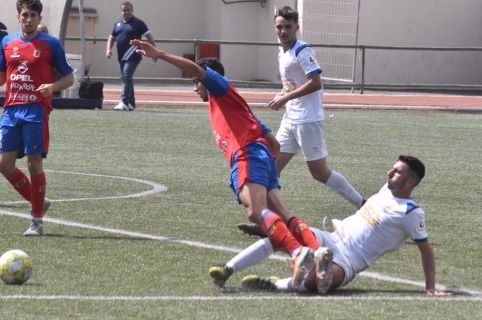 Alex Fuentes earning his side a penalty and having an excellent match.

The responsibility fell to Aday López. The Rojillo fans and players all know the work rate that Aday puts into a match but his lack of goals has been a real concern so everyone was willing the striker to score. 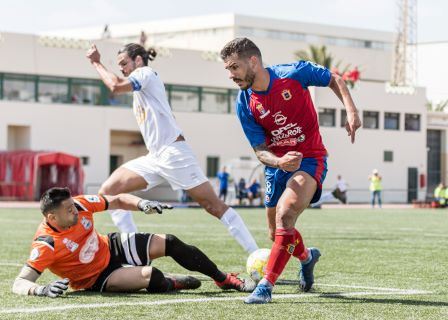 Aday López putting in a shift but in need of a goal.

His body language as he stepped up didn’t look good and his low powerful strike was corner bound but the Tenerife keeper guessed correctly and made a good save low to his right.

The Rojillos were still creating good chances but as time passed the home fans began thinking “Oh no, not again.” The local supporters have only seen their side lose at home once this season but they have also only witnessed three home wins. Was this going to end up in another draw after being in complete control of the match yet again? 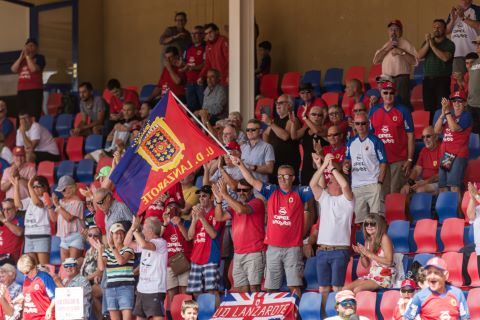 The flag once again flying high.

The visitors grew in confidence as they fed on the increasingly nervous home side. Lanzarote became lethargic in their play and in the 74th minute veteran Jonathan Sesma beat the replacement Rojillo keeper Rúyman to the ball but fortunately from Lanzarote’s perspective his high chip was just wide of the right hand post.

Striker Rami was introduced and he injected some pace back into Lanzarote’s play but on everyone’s mind was that the Rojillos were just one kick away of conceding another two points and ending up with their 16th draw of the season. 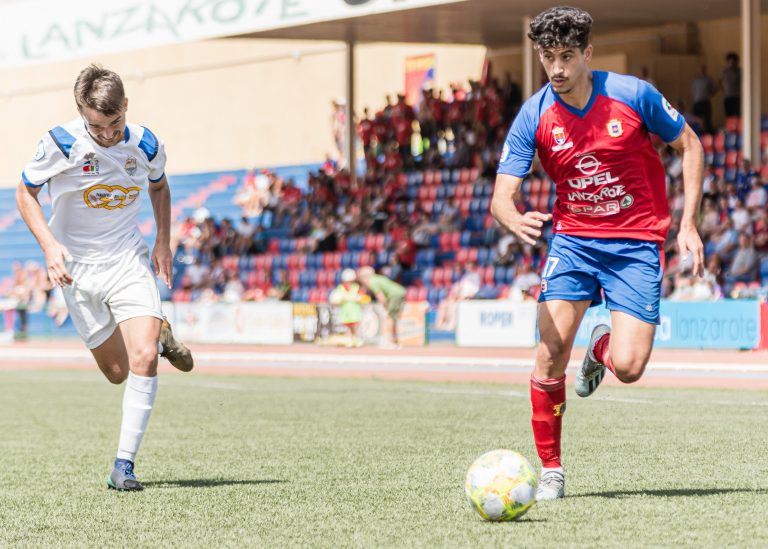 Last season’s player of the year decided to take matters into his own hands in the closing minutes. Firstly he supplied an insane reverse foot cross deep from the left that Rami just headed wide of the left hand post. The ability of Miguel Gómez should never be in doubt.

Miguel then struck an extremely poor effort into the keeper’s hands but one thing this player does not lack is confidence in his ability and why should he? On his day he is as good as any player in this league.

Seconds after his terrible effort on goal the 28 year old picked the ball up at the half way line took on all defenders, he then unleashed a stinging low strike into the bottom right hand corner to seal three priceless points. 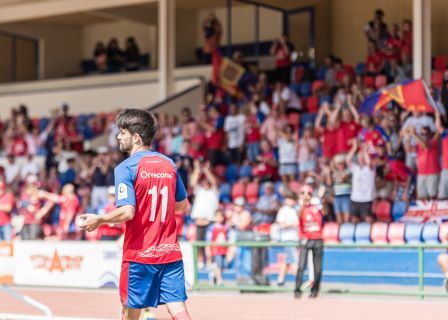 Photos of this match are on the Facebook page Lanzarote football club.

HOME THIS SUNDAY AT 12 NOON