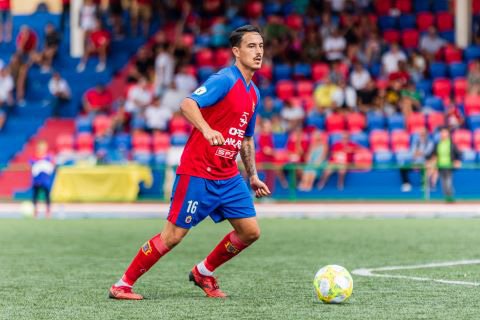 A dramatic ending to the match saw the hosts take the lead in the 94th minute only for super sub Rami to rescue a point for the Rojillos two minutes later. 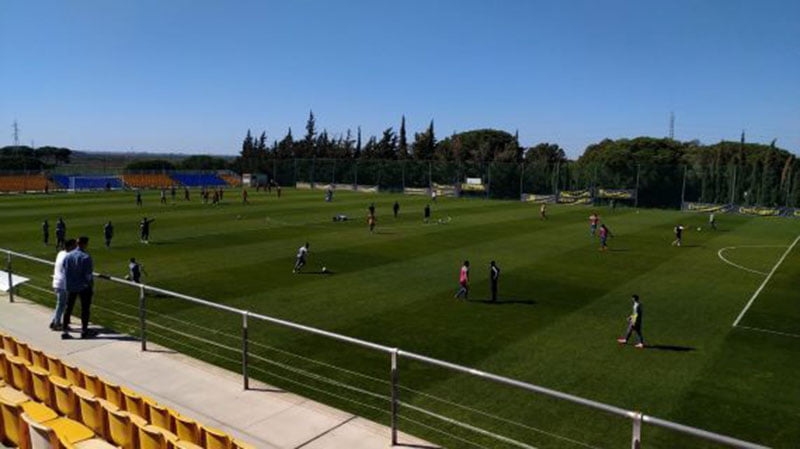 Lanzarote edged the first half but chances for Rosmen, Aday and Miguel Gómez could not be converted as the sides headed into the interval with the game scoreless.

Only a minute into the second half and the Rojillos went 0-1 in front in bizarre fashion. Ayoze Pérez swung in a free kick and there was no movement from either strikers or defenders, the only person to react was centre back Omar who stabbed the ball home at the far post.

Players and fans were surprised and looked at the officials to see if there had been any infringement but all three were running back to the halfway line to restart the match.

Up until now Lanzarote had looked the better side but as the game progressed the nerves of the Rojillo players increased as has been the case on many games this season.

The Tenerife side knew that even a draw would move them out of the bottom three. In the 55th minute striker Jesua fired narrowly wide and moments later the same player forced Lanzarote´s keeper Rúyman into making an excellent save.

The home side kept pressing and in the 79th minute scored a belter from a 20 yard free kick by Jesua to make the score 1-1.

In the 94th minute a long ball over the top led to indecision in the Rojillo defence. Sub Revi capitalised on the defensive error firing the ball into the top corner leaving Rúyman gasping at air.

The hosts 2-1 up looked as though they were going to get their first victory in their last seven matches and earn three priceless points but as we all learn as youngsters the game is never over until the referee blows for full time.

Rojillos midfielder Ayoze Pérez is never a man to give up and it was him who laid the ball on for sub Rami in the 96th minute for the in form striker to blast home with the last kick of the game to earn his side a golden point.

Rami to the rescue

This is Lanzarote´s 16th draw of the season and there are only two sides in all of Spain’s 24 pro and semi pro leagues that have drawn these amount of games and they are both from Segunda A (The Championship), mid table Rayo Vallecano and bottom club Real Racing both of whom have played more than Lanzarote´s 27 matches.

With this point the Rojillos remain in 15th spot and move six points clear of the drop whilst Guímar leapfrog UD Ibarra who now replace them in the final relegation position.

Next Sunday 15th March at 12 noon at home in Arrecife Lanzarote face the side one point and one position immediately below them in the league Club Atlético Tacoronte.

LANZAROTE’S HOME MATCH THIS SUNDAY HAS BEEN SUSPENDED, 11th March 202...
Scroll to top