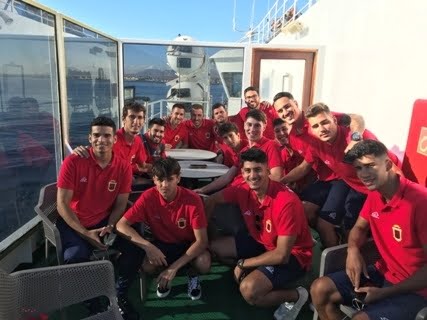 Next Sunday 17th November at 12 noon Lanzarote are at home versus 8th placed Tenerife side CF Pulido San Mateo.

The shop in Costa Teguise will be closed next week from Monday 11th November and will reopen Monday 18th at its normal times Mon-Fri 10am to 1pm. 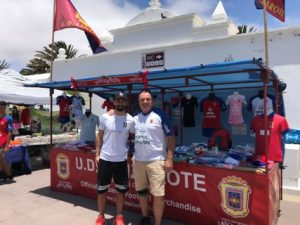 The Teguise market is on, however the club stall will be moved up to where the buses arrive just for Sunday 17th and 24th of November whilst the Tapas Fair takes place in the square. The Puerto Del Carmen Friday and Playa Blanca markets at Marina Rubicon (Wednesday and Saturday) will be as normal.

We were hoping to organise the trip to Fuerteventura  on Sunday 24th November early with the Cabildo (local govt) which proved to be a little optimistic. As always the trip will happen and I will let you all know in due course. Put the date in your diary if interested. 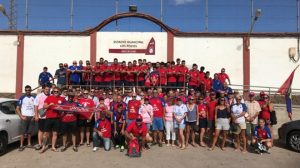 Trip over to Fuerteventura on Sunday 24th November

PLAYERS THAT HAVE LEFT

Lanzarote winger Toñito has joined ex Rojillo manager Adolfo Pérez at Sporting Tias. The 34 year old made a surprising return to the club this season and his attitude at all times has been immaculate. He has decided that he wants regular football as he winds down his footballing career after 312 appearances for Lanzarote, netting on 44 occasions. From all Rojillo fans, cheers Toñito. 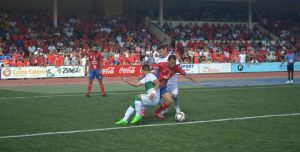 Only a few games into the season and Kevin Cabrera ended his contract mutually with the club following an awful knee ligament injury. Unfortunately Kevin will be unlikely to play football this season and we all wish him a full and speedy recovery. 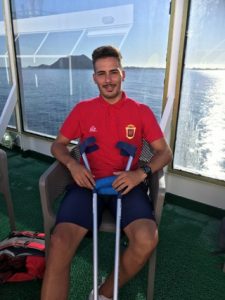 The club is in awe of how many foreign Socios it now has. Whilst most people have received their cards there are a few that haven’t and I will have those with me at the games so pop by and see me at the club stall. A few people including myself thought Fecha Exp on the card meant expiry date but it does actually mean date of issue.