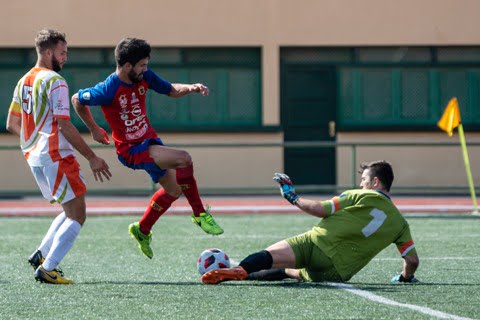 An early goal from Miguel Gómez calmed the nerves and proved decisive as Lanzarote moved back into the final playoff position, fourth spot.

The newly promoted Tenerife side had won their last two matches moving them up 41 points and looked relatively secure to maintain their Third Division status; however with all four sides below them winning they are now just two points from safety with three games remaining. 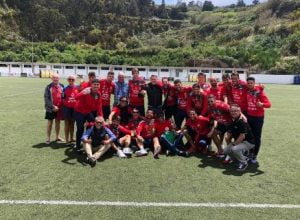 This result is exactly what Lanzarote was hoping for following their shock home defeat last week. The Rojillos are two points clear of CD Tenerife B who are in fifth but are also just two points off second placed CD Mensajero who they face at home on the final day of the season.

Finishing second in the league is not only good to play a so called weaker team in the playoffs but it will almost certainly qualify for a Copa Del Rey spot for next season.

If Lanzarote were to finish second it is still not sure whether a Primera Liga side would play on our artificial pitch but the possibility is there.

Manager Maxi Barrera will be delighted with the three points especially as his side has had a tendency lately to lose their lead.

It was Miguel Gómez who in the 5th minute profited from a mistake from a goalkeeper clearance. Very rarely does Miguel miss the target when striking at goal and add power to his sweet strikes and it is so easy to see why this exciting player has won so many points for his team this season.

From 20 yards he powered a trademark low finish into the right hand corner leaving the keeper scrambling across but with no chance of preventing the goal.

The Rojillos protected their 0-1 advantage and in the second half midfielder Albero Escudero struck a post and once again Miguel Gómez forced the keeper into a good save in what would have been a certain goal.

Lanzarote were only threatened at set pieces and whilst a single goal is a very small margin to hang on to, it proved enough to earn all three points.

Next Sunday 5th May at 12 noon Lanzarote are home and Maxi Barrera´s men will be looking for maximum points versus 12th placed side CD Marino to cement their playoff ambitions.

League leaders UD Tamaraceite picked up an away point at the weekend and are edging towards the title whilst second placed CD Mensajero ran out comfortable 4-0 home winners versus mid table UD Ibarra.

The leagues form team CF Unión Viera left it late to win 0-1 away but have taken 17 points in their last seven matches and look playoff certainties sitting in third spot a point ahead of Lanzarote.

Down the bottom end of the table Yaiza earned a great 1-0 home victory against fourth placed side CD Santa Úrsula but as it turned out all three sides in the relegation positions just below them all won so it is still just one point between them and the drop.

Yaiza´s last game of the season is away to the side immediately below them so it looks like a desperate finish in their final three matches for our southern friends.