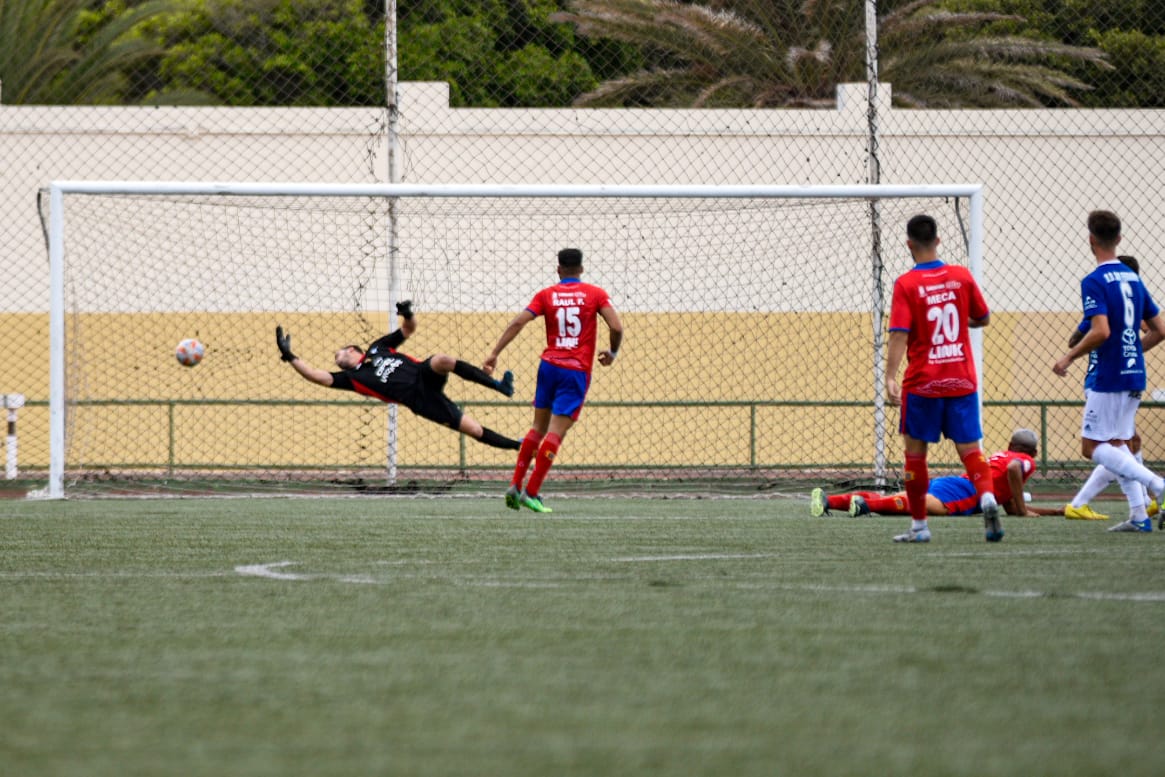 The Rojillos received a short sharp shock midway through the second half when two schoolboy errors in the space of two minutes were punished without mercy. 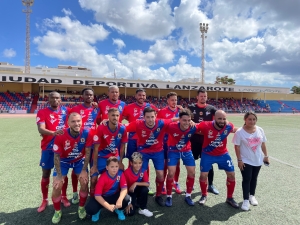 Sunday was a day that many Rojillo fans were looking forward to with the opening home game of the season, the return of the refreshment kiosk and a sense of optimism in the air but unfortunately the players hadn’t read the script. 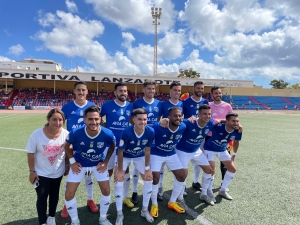 It was difficult to separate the sides in the first half as both teams were worried to be the first team to concede. The best opportunity was for the Gran Canarian side five minutes before the end of the first period. A well struck volley from 20 yards was superbly saved low to the left of Rojillos keeper Alejandro.

One did expect for play to open up in the second half and for a short time Lanzarote did begin to put pressure on the visitors and it did look as though San Fernando were going to sit back and try and hit their opponents on the break. 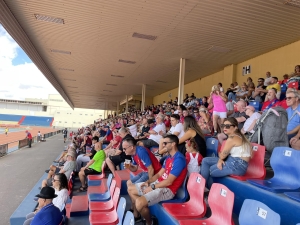 It was great to see a good crowd but the majority left disappointed.

This short amount of possession for Lanzarote led to nothing. With the exception of winger Ismael Traoré and Keita none of the other outfield players were on the same wavelength and there was no other sign of creativity. I could hear fans expressing their disappointment with the strikers and yes Lanzarote were missing their main front man Di Renzo and their skilful winger Adrián Machín but their replacements had nothing to feed off. 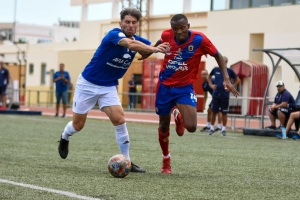 Ismael Traoré one of Lanzarote´s few positives from this match.

Absolutely nothing was being created from the home side and the visitors felt that the game was there for the taking. In the 65th minute and after several dangerous in swinging corner kicks Lanzarote failed to clear the ball as it was pinged around the six yard box, the ball fell to striker Omar Velázquez and he fired it in from close range to give his side a 0-1 advantage.

A goal is what the game needed and surely this was going to spark a reaction from the Lanzarote players. There wasn’t time for a reaction because just two minutes later Rojillos centre back Matheus tried to walk the ball out from danger and was dispossessed on the edge of the box. Front man Adrián then curled a beautiful strike wide of Alejandro and the ball settled into the left hand corner to give the visitors breathing space with a 0-2 lead.

Lanzarote did huff and puff but the side that were playing in a higher league last season comfortably dealt what was being thrown at them. In the 81st minute Lanzarote´s best two players Keita and Traoré did combine well but the strike from the latter was blocked and that was as good as it got.

The official added on five minutes of added on time but even if he would have added an hour it was difficult to see where a Lanzarote goal was going to come from. 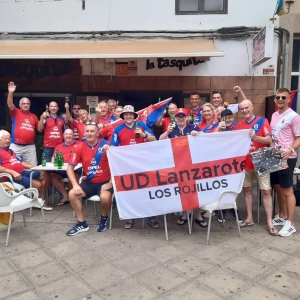 Many of the foreign fans still enjoyed the day out.

UD San Fernando ran out comfortable winners with their third away win against Lanzarote in succession. In the seven meetings of these teams in Arrecife Lanzarote has never won. Next week things do not get any easier for Lanzarote as they fly to Tenerife to face CD Tenerife B.