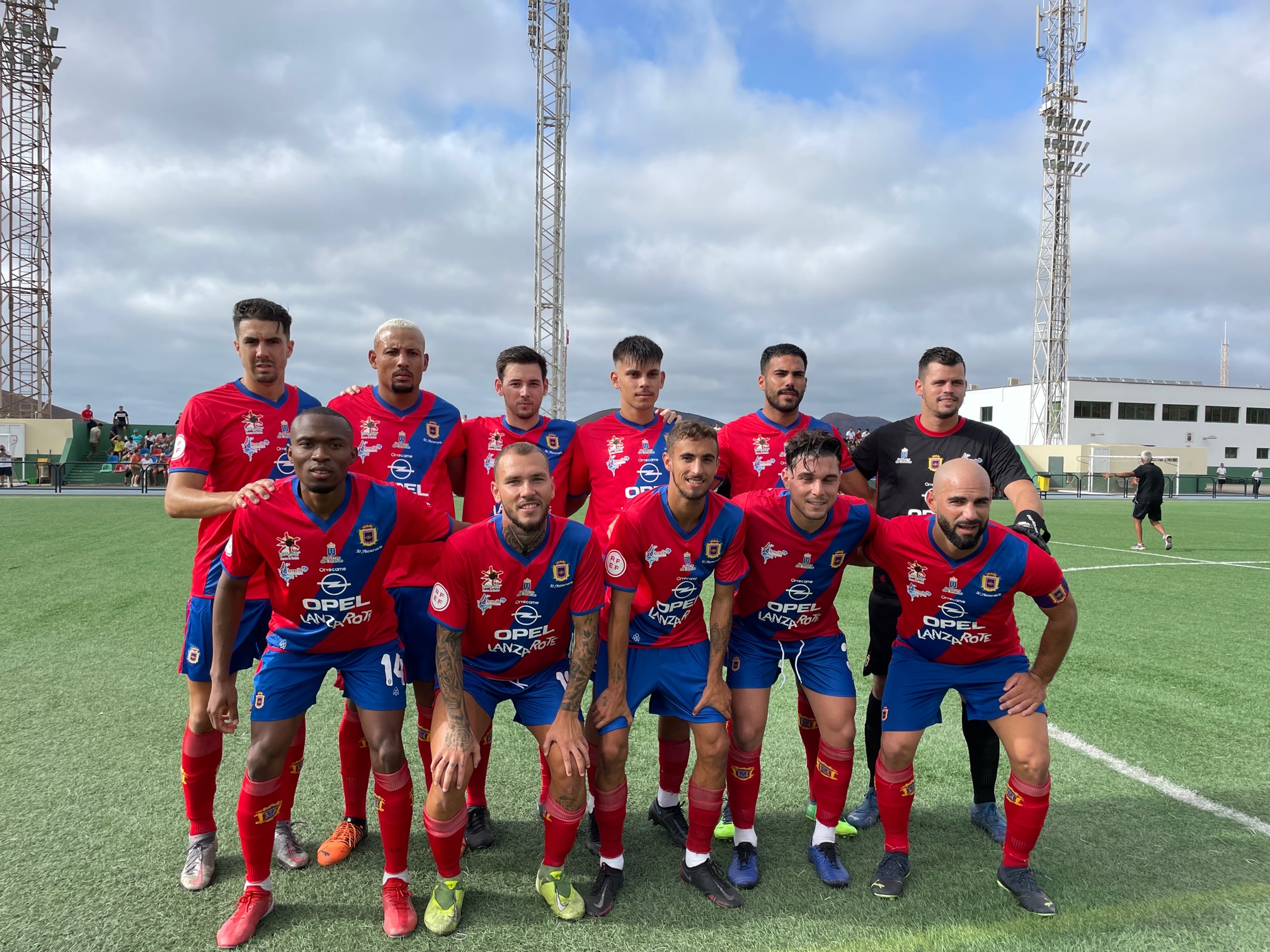 The fans on both sides got value for money. Four goals, two penalties, two red cards in a typical hard fought derby match.

The game was about two halves; Lanzarote came out possessed for the first and within 11 minutes found themselves 0-2 up. In the 6th minute Ismael Traoré ran at the Yaiza defence and was brought down and was awarded a penalty. The Ivory Coast winger slotted the ball home to give his side an early 0-1 advantage. 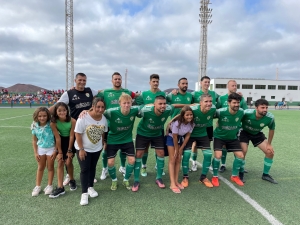 Moments later and Adrián Machín was through one on one with keeper Floro but lost his footing which gave Floro just time enough to block his effort. In that 11th minute a great cross from Di Renzo fed Traoré and he stuck the ball home to give the Rojillos their 0-2 lead. 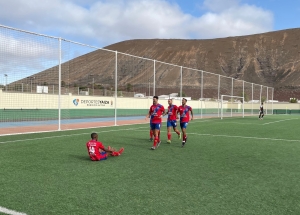 Traoré waiting for the congratulations from his team mates after giving the Rojillos a 0-2 lead.

Lanzarote were playing some of their best football seen in a long while and every time they went forward it looked as though they were going to score. Traoré had a wonder opportunity to get a first half hat trick when Di Renzo delivered a stunning cross from the right but with the goal at his mercy Traoré decided to volley the ball, when a header would have been the much easier option and the ball flew high over the bar and towards the Fire Mountains.

The Rojillos were running rampant and were looking to kill off the game by half time. Javi Martín had an effort well saved from the edge of the box and captain Ayoze Pérez had a goal bound strike blocked from 10 yards.

As the half ended one did feel that Lanzarote could be made to pay for all those missed chances because in football if you pull a goal back from 0-2 down your energy levels along with the support from their fans increase tenfold.

Disaster struck early in the second half for the Rojillos as Di Renzo saw red from the official and Lanzarote went down to 10 men. The Yaiza fight back then began. In the 61st minute a strike from the edge of the box hit the hand of defender Raúl and even though there was no intent and his hands were in a natural position in this day and age these are given as a penalty. Ex Rojillo Miguel Gómez fired the spot kick home and cut the deficit to 1-2 with half an hour to play. 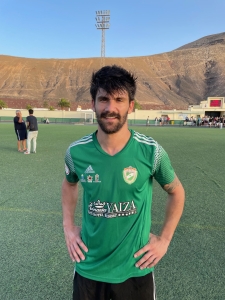 Miguel Gómez scorer of the penalty to make the score 1-2.

Ten minutes later and a super header from Carlos Rosa levelled the match at 2-2. From an incredibly dominant first half Lanzarote were now going to have to struggle to earn a point.

Lanzarote did fight back and had chances to regain the lead but Yaiza were also threatening to complete the comeback with a winner. Even though this is still a good away point Lanzarote will feel as though they have dropped two points.

It was a thoroughly entertaining match only marred by a couple of Lanzarote fans hurling abuse at the Yaiza manager and his bench of players. This was an embarrassment to all the fans of Lanzarote and this type of behaviour is not what the club wishes. We would rather you stay away.

The man that that was being abused is an ex Rojillo and one of Lanzarote´s most popular ever managers Adolfo Pérez. On his last stint at Lanzarote which lasted for five years he once went 43 home matches unbeaten and every true Rojillo fan will always hold respect for that and Adolfo. I can only apologise and I did to Adolfo at the end of the match which was gratefully accepted and he knows how great and supportive most the foreign fans are. 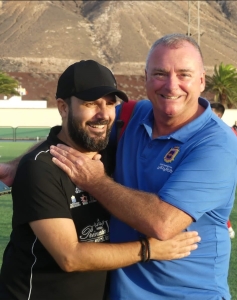 Yaiza manager Adolfo Pérez doesn’t deserve any abuse though I did try and strangle him at the end of the match.

The league this season will be extremely tight. It has been reduced to 16 teams with the seven teams that were relegated from last season replaced by five that came down from the league above as well as the two promoted it will make it one of the toughest and most competitive seasons ever.

In the five games played today and yesterday every match has been a draw. There are three matches tomorrow so anyone with a win will top the league. Next Sunday 18th September Lanzarote play their first home league match of the season versus Gran Canarian side UD San Fernando.

INFO ON THE SEASON AHEAD