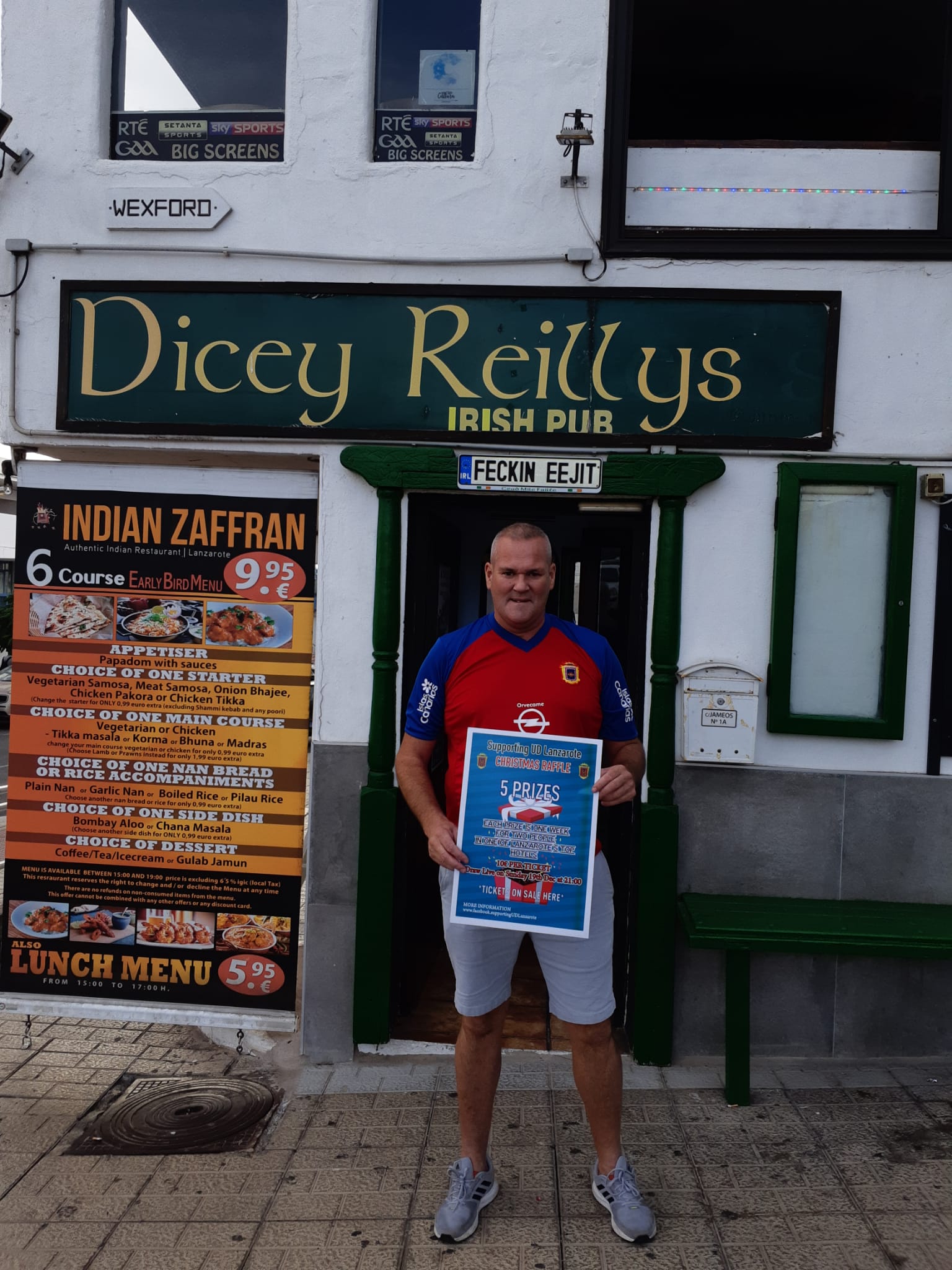 On Sunday 19th December the FIVE winners of FIVE One Week Stays in one of Lanzarote´s Best hotels will be announced live on Supporting UD Lanzarote Facebook page shortly after 9pm.

Anyone can still enter up until 7pm on that night. One ticket is just 10 Euros or six tickets for 50 Euros. To enter online click on https://gofund.me/7d5eb7a6 and each 10 Euros that you pay for a ticket will be allocated to you, obviously 50 Euros and you will have 6 tickets. Tickets can also be purchased at The Irish Harbour Bar and Dicey Reillys Bar in Puerto Del Carmen, The Merchandise shop Mon – Fri 10-1pm in Costa Teguise at CC Nautical (behind Café Bonjour) and of course at the club.

As many of you know the club has had plenty of difficulties over the past year or so and even though fans are back it’s nowhere as many people as before. This is mainly due to mask wearing and also not being allowed by our own local government our all important food and drinks hut. This is a tremendous earner for the club which has for the moment been taken away from us.

Nevertheless with all these difficulties the club believes that it must move forward and to do that we must support our youth sides. This season our adult B side has been brought back. This is to allow the best of the islands youth to immediately be available for our first team. Also the Under 18 B team has also returned to strengthen the core of the club. 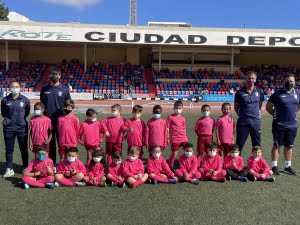 The future of UD Lanzarote

For you to help strengthen the club each 10 Euros to purchase a ticket will do just that. The club wants to thank both David Timmons and Brendan Byrne for not only organising the raffle but also the concert on Sunday night featuring “3 Opera” (tribute to IL Divo) in which the Irishmen have sold all 100 tickets available.