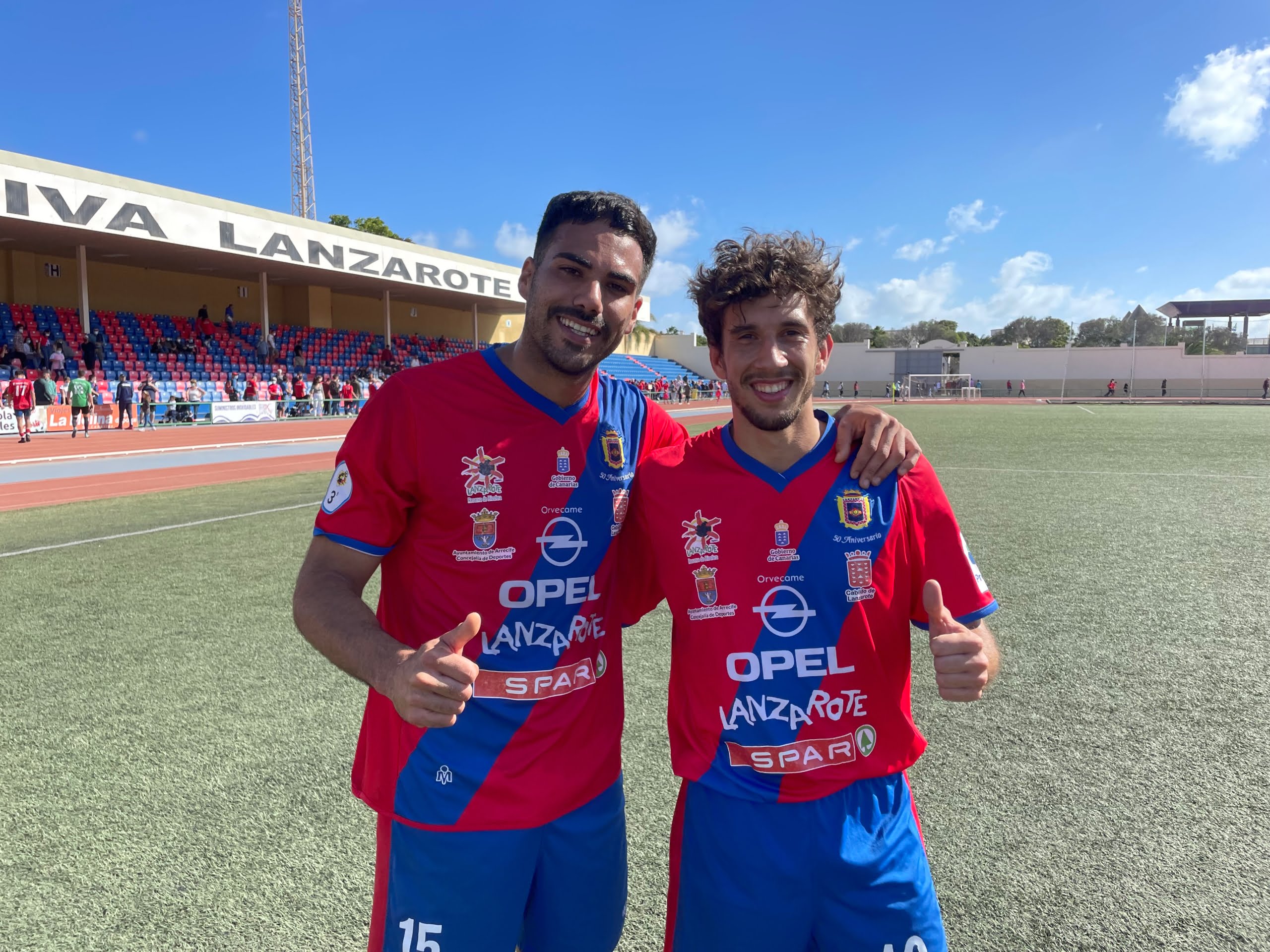 Lanzarote´s final home match of the year ended with a hard fought win and these three points push the Rojillos up to fifth spot in the table and into the playoff positions. 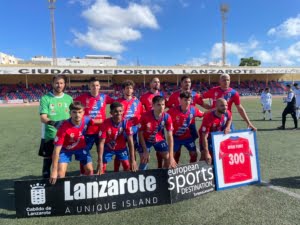 Even though the Rojillos dominated most of the first half there were few chances and the visitors posed a great threat on the break.

In the 41st minute a cross from the left was fumbled by the keeper and the quickest to react was the fastest player on the pitch Alyson who gratefully nodded home into the unguarded net to give Lanzarote a 1-0 lead to take into the interval.

Prior to the match club captain Ayoze Pérez was given a framed shirt marking his 300 games for the Rojillos and during the half time break the club proudly displayed their (Base) some of their junior teams and B side to their fans. Many of the other junior sides were playing so were unable to attend. 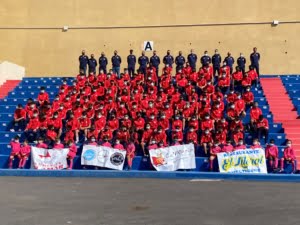 The UD Lanzarote Junior sides and B teams.

Lanzarote with defender Raul back from suspension and Matheus alongside him looked solid throughout the game and rarely gave their opponents a taste of the ball. The same applied to the Tenerife side and even though there were few chances it was a good match with the defences on top.

A few seasons ago it was this team that stopped Lanzarote´s 43 home game unbeaten run by thrashing the Rojillos 1-5, last season Lanzarote lost at home 0-1 so Mateo García´s men were extremely cautious and taking nothing for granted by not giving away anything in midfield or defence.

As the game entered into its latter stages the Tenerife side had to push forward leaving gaps open for Lanzarote to exploit. A couple of minutes from full time Lanzarote had the opportunity to make the game safe when they were awarded a penalty. Striker Rubo stepped up and was caught in two minds what to do and when that happens the result is inevitable. Horribly he just chipped the ball over the crossbar. I saw him after the game and he is extremely apologetic about the miss.

Deep into stoppage time the brilliant little Brazilian Alyson crossed from the left and Rubo got great contact onto the ball only to see the Buzanada keeper make a superb save to deny the Lanzarote centre forward. 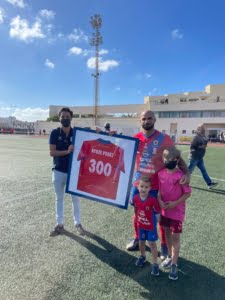 It wasn’t to matter as Lanzarote deservedly won the match and move up into fifth spot. Next week Lanzarote are due to play away in La Palma versus SD Tenisca however this game is far from confirmed as the volcanic eruptions in La Palma so little sign of relenting.

SALE ON SHIRTS FROM PAST SEASONS