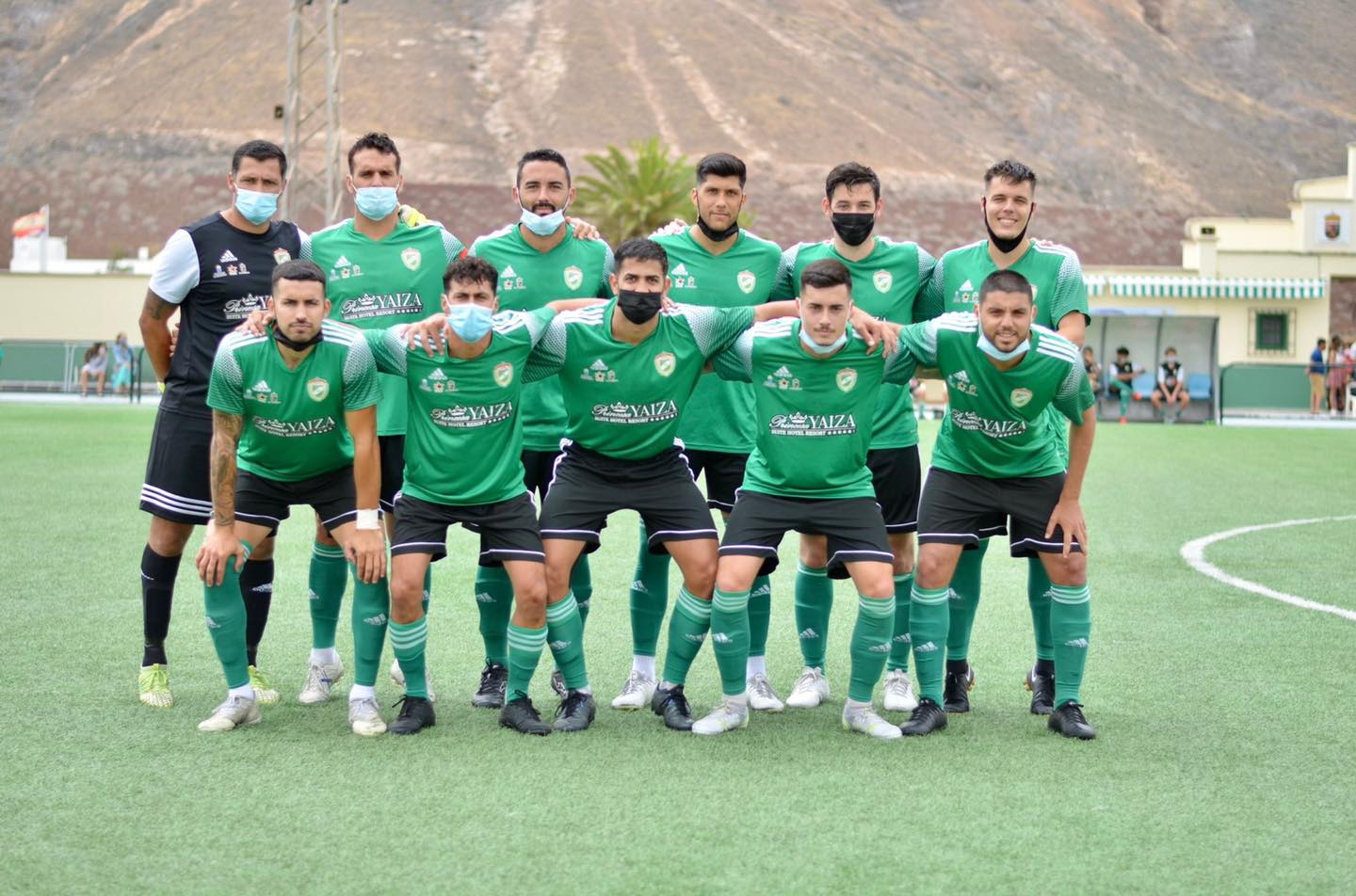 The island of Lanzarote will be represented by two teams in the Tercera Division (Fourth Tier) next season following a dramatic penalty shoot out in Yaiza on Saturday afternoon.

You would be a hard person to not deny CD U.S. Yaiza promotion this season. Like Lanzarote their league was split into two groups and they were clear winners suffering defeat just once in their 18 matches played.

This did not give them automatic promotion; they had to play the other group winners CD Herbania of Fuerteventura over two legs. The first leg away was disastrous for the Lanzarote side as they lost 3-0, eventually going down 4-2 over the two legs, however as Champions they still had another crack at promotion by trying to beat Tenerife side CD Laguna.

Yaiza trailed 2-1 in the first leg so they still had everything to play for on Saturday. The game was scheduled to begin at 4.30pm but had to be delayed a couple of hours due to flight delays in Tenerife.

The home side took the lead on the half hour levelling the tie at 2-2 but also having the away goal advantage put Yaiza in the driving seat. All this changed in the 63rd minute  when the visitors converted a disputed penalty to level at one apiece but overall the Tenerife side had the 2-3 advantage.

With three minutes remaining and Yaiza seemingly looking at another year in Regional Preferente their top striker Alex Yunes scored to send the match into extra time.

Both sides were nervous over these final 30 minutes however Yaiza had a dream chance to steal victory from a penalty but Alex Yunes could only hit the crossbar which forced the match into penalties.

Yaiza missed their first and Laguna scored four in a row leaving them with just the fifth penalty to convert which would earn them promotion. Keeper Floro not only saved his side but then saved the next kick giving Yaiza the advantage.

Yaiza defender Carlos Rosa stepped up and even though the keeper guessed correctly he managed to squeeze the ball inside the right hand post to send Yaiza´s players and fans delirious.

Yaiza will now join the 16 other teams in the Canarian Tercera Division and football fans on the island will get to enjoy two derby matches next season.

Congratulations Yaiza. We will see you soon.