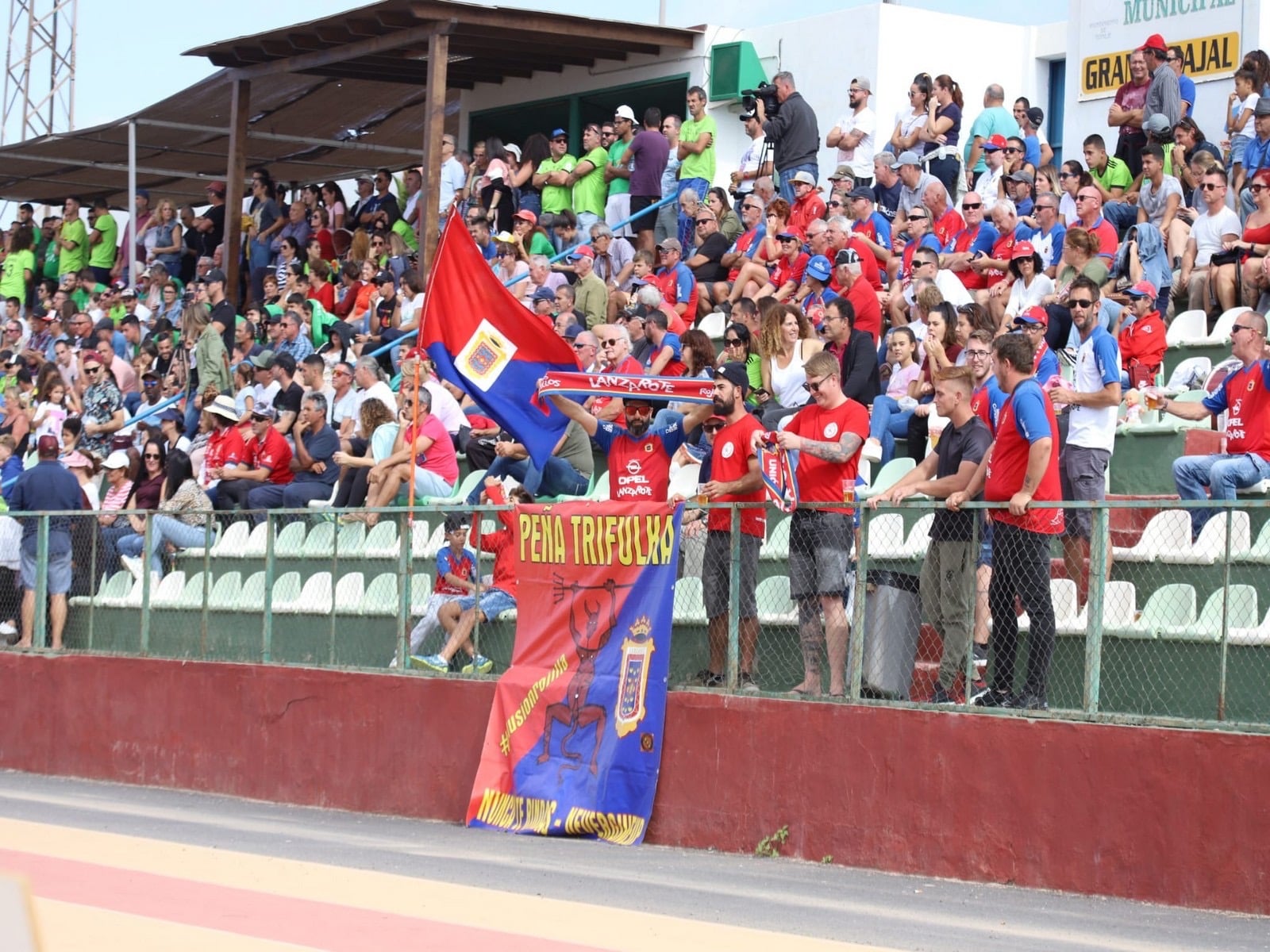 100 LANZAROTE FANS WILL BE ALLOWED INTO THE AWAY MATCH THIS SUNDAY IN FUERTEVENTURA
UD Gran Tarajal has kindly made available 100 tickets out of the 300 tickets permitted for Lanzarote fans.
Gold Card members and Socios (members) will have priority to obtain their tickets. For a special thank you to Gold Card members (this only applies to Gold Card) the club will pay the 10 Euro gate fee and also the ferry to Fuerteventura return (take all relevant documentation with you to the club).
This will be the first match since March that Lanzarote will have fans cheering them, the Rojillos are the only club in our league not to have any fans allowed into games.
A big thank you to UD Gran Tarajal football club and also the Fuerteventura Cabildo (local government) to see the logic into allowing fans in open air to watch matches restoring a bit of common sense into this crazy world.
Unfortunately the club are not permitted to organise a bus excursion to the match so ticket holders will have to find their own way there. If you are a resident it is not too expensive to take the car on the ferry and after arriving in Corralejo it is about a 1 hour and 15 minute journey to Gran Tarajal.
Whilst Gold Card members have been rewarded with their loyalty and Socios have also been given preference there is still expected to be many tickets left over for fans.
Gold Card members and Socios must go to the club with the normal documentation (unfortunately this cannot be done in the shop in Costa Teguise) to secure their ticket by Wednesday 18th. The club is open in Arrecife Monday to Friday from 10am to 1pm and also 6pm to 8pm.
On Thursday and Friday the remaining tickets will be able to be sold to non members so it’s best to get to the club as soon as you can. I am sure that there will be fans who wish to go but do not have a lift so if you have a spare seat or need a lift comment on the Facebook page and hopefully we can get you there. This also includes getting a lift to the club to put your name down and pay the 10 Euros.
Once the fans have all arrived in Gran Tarajal we will be allocated a separate entrance to the match and will be handed the ticket of entry. Identification will be required so take your passport as this is needed for track and trace purposes etc as well as the ferry.
It is extremely doubtful that you will be able to turn up on the day and buy a ticket at the match so organise everything beforehand.
There are just under half the amount of tickets left so if you want to go and have transport you can. Tickets must be paid for either today or Friday, Saturday is too late.
https://mercancialanzarote.com/wp-content/uploads/2020/11/125769628_3465914850129320_2303458665221677375_o.jpg 1200 1600 Ian Lane https://mercancialanzarote.com/wp-content/uploads/2020/02/logo-shield-blue.png Ian Lane2020-11-19 10:20:372020-11-19 10:21:14

TICKETS AVAILABLE FOR SUNDAY AND BOTH KEEPERS OUT
Scroll to top