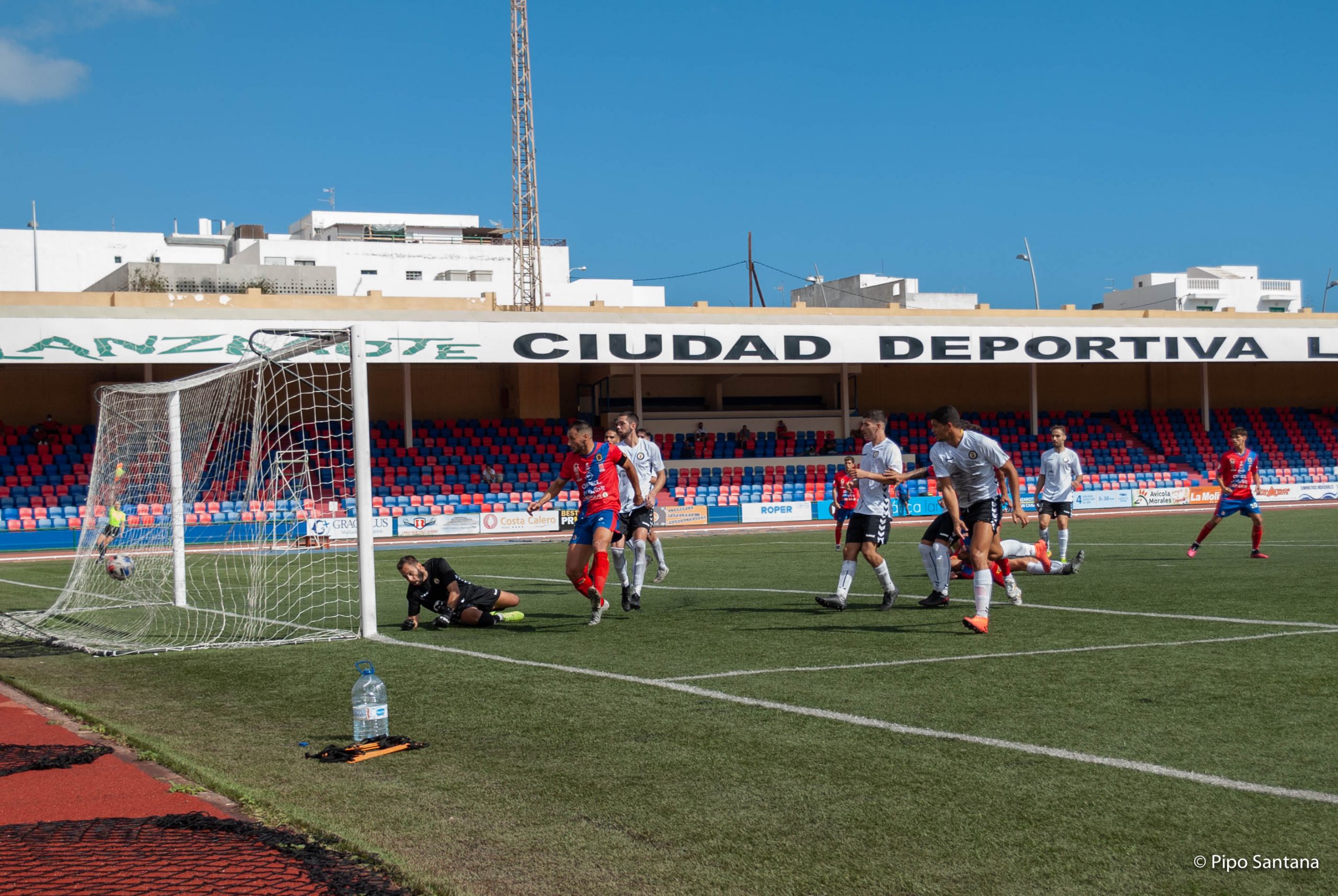 The Rojillos season is up and running after a dramatic match where Lanzarote came from behind in the final ten minutes and won the game with a belter of a goal.

The Conejeros (locals) began the match holding up the league in bottom place with three defeats in their opening three matches and were eager to get going. 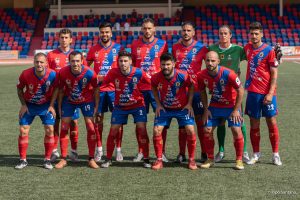 Perhaps in the opening stages Lanzarote were playing with too much heart rather than creativity but as long as you have the heart you will always be in for a chance.

In the 13th minute the ball dropped to Miguel Gómez and from nothing he thrashed a dipping volley from 40 yards which cruelly hit the upright and away to safety. 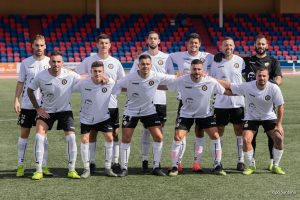 Lanzarote gained rhythm as the match was progressing but all that went to pieces on the half hour, a double defensive error left keeper Sasha in limbo. The local boy with French heritage was forced to go for the ball but with the striker ahead in the race he clipped his heals and a spot kick had to be given.

Ale Pipo sent Sasha the wrong way and the Gran Canarian side were 0-1 to the good. 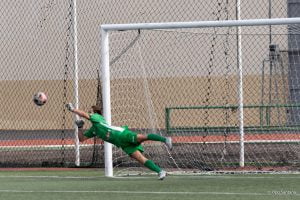 Sasha with his first start of the season.

Lanzarote replied positively. In the space of two minutes Miguel Gómez fired a half chance volley inches wide, Zafra went one on one with the keeper but he had to strike his effort with the ball high and even though he shot powerfully it was at a good height for the keeper to fist away.

Seconds later and that same player whipped in a terrific cross, Rosmen had read the script and beat his defender to the ball, he guided his header low from six yards but the Arucas keeper showed off his marvellous reflexes to somehow get down and with a strong hand push the ball clear.

Not a lot has gone to plan this season and things could have got a lot worse a minute before the break. A corned was met at the near post with a goal bound glancing header but a Rojillo defender kept spirits intact at the interval by heading off the line.

Seven minutes into the second half and Ayoze Pérez did brilliantly down the left, he drew the keeper and pulled the ball across on a plate for new boy Zafra, from three yards and with the goal at his mercy he skied the ball over the crossbar. As the poor lad lay inside the goal where the ball should have been he must have wished that the earth could open up and swallow him.

In the 56th minute a pinpoint long ball from centre back Raúl found the toe of Miguel Gómez, his first touch was exquisite and his second touch guided the ball into the far right corner for what seemed a wonderful goal. The lineswoman waived her flag in what must have been a disputable VAR decision had it been in top tier football and the goal was annulled.

One was beginning to wonder if it was going to be another one of those days, especially when a clever square ball from Zafra found Miguel Gómez. Lanzarote´s man of the match struck the ball low from 12 yards but the keeper produced another outstanding save with his trailing leg.

The Rojillos persevered and kept on knocking at the door. Two more chances went begging then in the 79th minute a cross from sub Nando was poached home by Rosmen only for the official to cancel out the goal on another hairline offside decision.

Lanzarote only had to wait a further two minutes for justice to be served. Nando executed a free kick from 25 yards and fired in a cross come shot, the ball eventually fell to Miguel Gómez and he stroked home one of his simplest goals that he will ever score to level at 1-1.

The Rojillos tasted blood and wanted the kill. In the 83rd minute Nando picked the ball up on the half way line, skipped past a player and did a one two with Rosmen, he then unleashed a wonder strike from 25 yards that flew into the top left hand corner and out of nowhere the home side were in front 2-1.

The visitors pressed in the closing minutes but Lanzarote held firm earning their first points of the season which lifted them off the bottom of the table.

I was fortunate to be present at this match and after watching this incredible strike from Nando I did look around the stadium and could only imagine how the crowd would have erupted.

Lanzarote is the only place in the Canary Islands where fans are still not permitted. With just one person in hospital with Covid and with the biggest stadium in our division making it simple for a few hundred fans to distance, one can only wonder what is going on in the minds of the authorities.

Next week there is no game and the following weekend Lanzarote are away in Fuerteventura against now bottom side UD Gran Tarajal. Lanzarote are not at home until the 29th November so this gives three weeks for the powers that be to be positive with the correct decision and allow fans to return to support their island club.