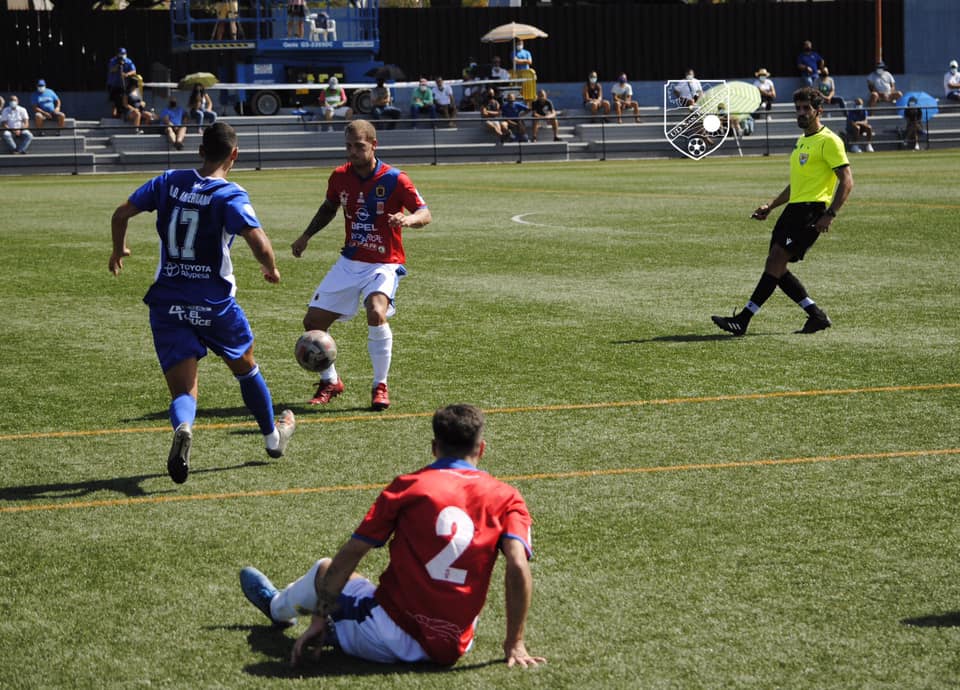 The Rojillos are sitting at the bottom of the group following a hat trick of defeats in their opening three matches.

Lanzarote knew that this was going to be a difficult match. The Gran Canarian side narrowly missed out on promotion last season losing in the final and their good preparation pre season was evident on the field, whereas Lanzarote with no fault of their own were denied such a luxury.

The home side dominated from the start and had several chances to take an early lead. In the 14th minute a free kick was floated deep to the far post, with no defenders in sight Rojillos keeper Rúyman came out to narrow the angle but the ball was chipped over him and easily nodded home from six yards by midfielder Fuli to give his side a well deserved 1-0 lead.

The Rojillos gradually clawed themselves back into the game. Ayoze Pérez struck from 20 yards but his effort skimmed past the upright however that was as close as they came to goal in the first half.

Rojillos manager Josu Uribe made some changes at the break and Lanzarote looked a much better set up. In the 48th minute Miguel Gómez created space and fired in a good strike at goal but the San Fernando keeper was on his toes and saved well.

Gradually Lanzarote´s play became subdued once again as the home side controlled possession and looked far more threatening than their opponents in front of goal.

It seemed that the only way back for Lanzarote would be by a set piece and in the 72nd minute they received their third free kick on the edge of the area in a very good position. The ball did exactly the same as the other two free kicks and went straight into the wall and away to safety.

There was a late flurry by Lanzarote but the team who are clear leaders of this group stamped out the danger comfortably and recorded their third win on the bounce and look a good bet for promotion even though the season is in its infancy.

The Rojillos must quickly get their act together and next Sunday 8th November at 12 noon they will have the opportunity to get their first points on the board when they face new boys to this division CF Arucas.

It does seem that once again that they will have to do this without the help of their fans. I am praying for our local government to see sense when it is simple to distance outdoors for 300 or so people in a 6000 capacity stadium.

AWAY SUNDAY LIVE ON CANARIAS TV

BEHIND CLOSED DOORS
Scroll to top