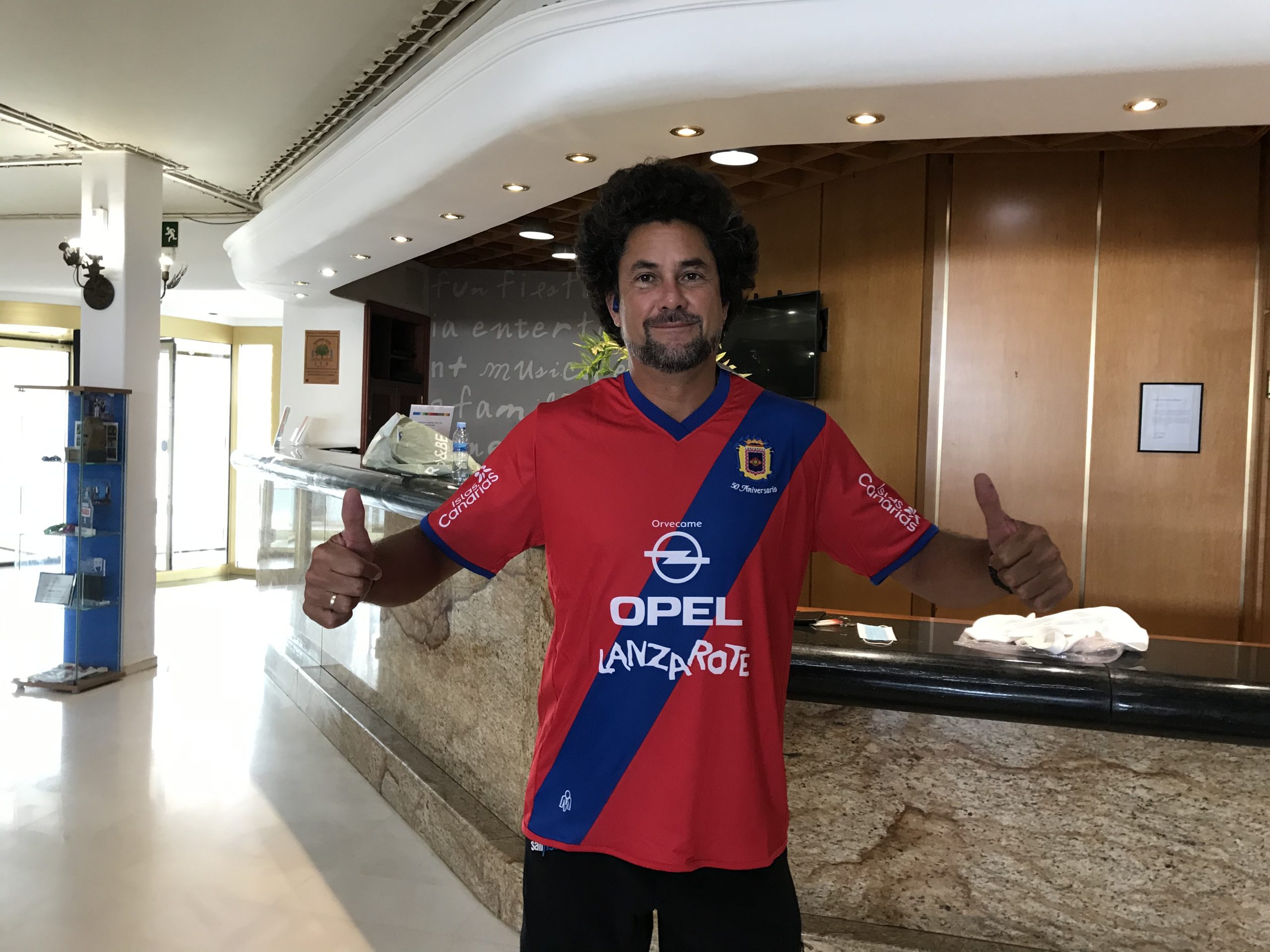 The instantly recognizable Juan Carlos Albuixech was elected on the 30th January 2020 as President of Unión Deportiva Lanzarote. His first job was to help steer the club away from the relegation positions, immediately results improved and the team began climbing the table but then Covid took over. The 49 year old aims is to see Lanzarote not only promoted to Segunda B (Third Tier) but also into Segunda A (The Championship). His view is that football is a wonderful way of promoting the island especially to the British and Irish fans. Things may be delayed because of Covid but the goal remains the same.

-Hola Presi. How do you pronounce your surname?

It’s not easy for many people, it should be pronounced in English AL BU CHECK but I liked how my English friend pronounced it when we were 11 years old, he said “I’ll be sick”. We are still friends. Everyone calls me JC.

-I believe that you are married to an English woman, is that correct and where did you meet?

Yes that’s correct. I first met Carolina in Malaga before I was a teenager but it was later on that we began dating. We married 17 years ago and have four children aged between 12-16 years old and they were all born on Lanzarote. 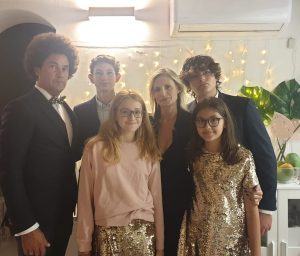 Juan Carlos and Carolina with their four children

-Is Carolina the reason you speak such good English and what language do you all speak together?

I went to an American school when I was young so began with English then; Carolina was born in Malaga to British parents (father from Gibraltar) so grew up speaking both languages. At home we speak llanito (pronounced yanito) and it is known as a language in Gibraltar. Basically it’s a mix of both languages, we start a conversation in English or Spanish then go back and forth in between both languages.

-When people meet you, obviously your hair stands out, why did you choose to have that style?

I have had this mop of hair for as long as I can remember. I wake up in the morning and it all falls into place. When I worked as the General Manager at Occidental Hotels I always had to wear a tie and have my hair flat so it cost me a fortune in hair gel. At Sands Beach it’s far more relaxed so I can wear a polo shirt and shorts and just let my hair flop out in the morning. 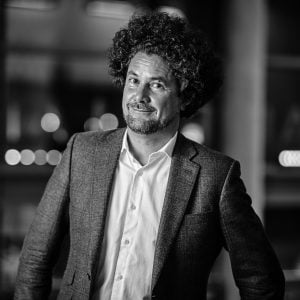 -You seemed to have lived in many places, why is that?

My father worked in hotels and we moved regularly. I was born in Honduras where I lived for the first 10 years of my life. It seems that hotels are my life and from being born in one, I am now living in one here at Sands Beach.

-What sports interest you and who are your favourite Spanish and English football teams?

I love all sports. I am heavily involved in organizing and competing in Triathlons on the island. I played basketball at semi pro level in my youth but financially it wasn’t viable to turn pro so I opted to study. Obviously my favourite football team is UD Lanzarote but I also follow Real Madrid. Many years ago I was in Bournemouth and went to watch them at home play Stoke City. My friends were all supporting Bournemouth but I just got a liking for Stoke, so since then they have been my English club. 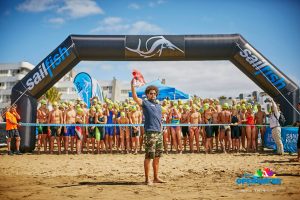 Juan Carlos is hugely and proudly involved in many sporting events on the island.

Like many people I love the whole island but I am particularly fond of Papagayo. Lanzarote has so many good restaurants and the one above Papagayo beach is excellent. I also enjoy Emmax restaurant in Playa Honda, everything is cooked fresh and they have a different daily menu. Another favourite is El Risco down on the fabulous Famara beach. We are so fortunate on this island to have so many good value restaurants and at home in Costa Teguise my favourite ones are Cochino Cojo, La Bohemia, Bocaditos and a terrific Italian La Cantinetta de Mimo.

-What are your thoughts on the foreign fans that support the Rojillos?

I see many different nationalities that support the team though predominantly it is British and Irish. I would have to say that they are great fans, always remaining positive and even if we play a few games badly you know that those fans won’t give up and will carry on cheering on their team irrelevant of the result. They are all now part of this club and over the past couple of years many have become Socios (members) which is so important for the club as the more Socios we have the better standing we have with the local authorities and sponsors. We are lucky to have these fans and we wish for many more. 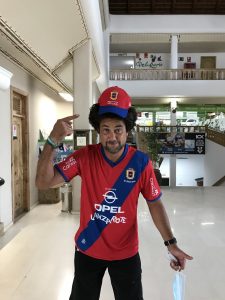 Juan Carlos has tremendous ability but modelling a UD Lanzarote baseball cap is not one of them.

-What are your hopes for the team this season?

We have appointed a great coach in Josu Uribe who has the experience of taking Getafe into the Primera Liga as well as managing Las Palmas and taking them to the playoffs in Segunda A. We have been able to sign some quality players that simply want to play for us because of Josu as they know that they will improve under his guidance. We have assembled a terrific squad but unfortunately due to Covid we haven’t been able to have the full squad training together. The season begins on the 18th October and we have not even had any pre season matches whereas our opponents on the other Canary Islands have already played three or four games. This is a tremendous disadvantage though we believe that our destiny is to make the playoffs and play our football next season in Segunda B (Third Tier). 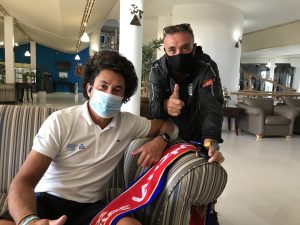 The best of luck to you Presi!

COME AND CHEER ON THE PLAYERS TONIGHT