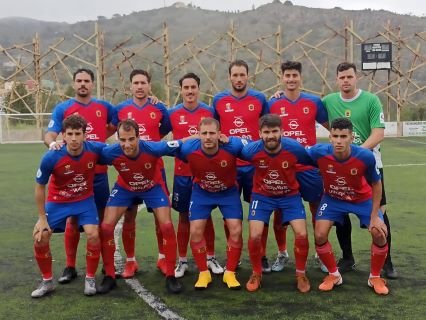 There was no doubt that Lanzarote at the start of play would only have been content with a victory, however 1-0 down and deep into stoppage time a point in those circumstances is welcome.

Both of these football clubs are normally fighting in the top half of the table and battling for a playoff finish. This season has been a struggle for both sides with the Rojillos only three points from the relegation positions but the Gran Canarian side ended the day one point closer to safety, though they are still eleven points adrift of relegation.

The first half of the match was evenly balanced though it was the Rojillos who had the better chances with Miguel Gómez and Rami coming close to giving their side a halftime lead.

The second period began in similar fashion. Miguel Gómez had a terrific opportunity to give his side the lead when he found himself with just the Gran Canarian keeper to beat but struck his effort wide.

In the 64th minute a strike from Álvarro Arencibia came crashing back off the woodwork as Lanzarote went on the hunt for all three points.

Three minutes later and a second yellow card for Santa Brígida midfielder Miguel reduced his side down to ten men and Lanzarote looked as though they could take advantage of the situation.

The Rojillos dominated play but they could not break down the stubborn defence of a side doomed to play their football in the Regional league next season.

In the 85th minute the home side seemed as though they were going to steal all three points when striker Santi went down from a pull from a defender and the referee ordered a spot kick. The same player picked himself up and fired past Lanzarote keeper Alejandro to give his side a shock 1-0 lead.

In the fourth minute of added on time new boy Adib was fouled inside the penalty area and his side was flung a lifeline. Rosmen fired home the penalty kick and rescued a point for the Rojillos. 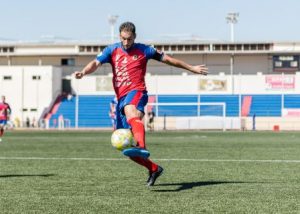 Lanzarote´s next couple of games are far from easy. First up this Sunday 16th February at home in Arrecife at 12 noon is fourth placed side UD Tamaraceite. The following week Lanzarote are away against the 5th placed side UD San Fernando who trail the last playoff position by two points.

In another match in the Third division Lanzarote footballer Saúl Coco who plays for Las Palmas C suffered a horrific injury when under a challenge he smashed into a back wall behind the goal.

Both his wrists are broken and he has also fractured his knee. From all who love football and follow UD Lanzarote I am sure that we all wish him a speedy recovery.

HOME IN ARRECIFE THIS SUNDAY
Scroll to top