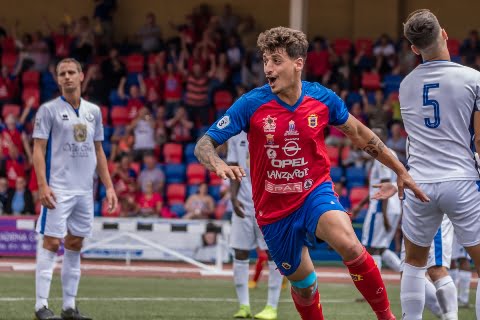 Unión Deportiva Lanzarote are edging themselves closer to confirming a playoff spot however there are two points dividing three teams who are competing for the last two playoff places. 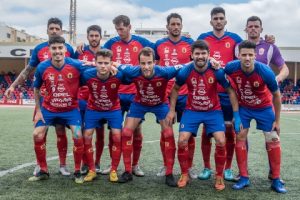 The Rojillos move up one position to third swapping places with CD Mensajero who lost 1-0 and there is just a point separating these two teams.

As it happens in football Lanzarote´s final league game of the season is at home against CD Mensajero. 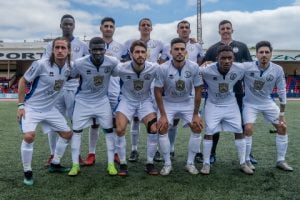 CD Tenerife B are just outside the playoffs in fifth by a point but are bang on form winning their last five matches and it is in their own hands to claim one of those priceless playoff tickets.

Lanzarote dominated the first half with winger Miguel Gómez in electric form running and causing havoc at the Tenerife defence.

In the 11th minute Miguel earned his side a free kick on the left. On form Alberto Escudero pinpointed a cross to the far post and Javi Morales lost his marker and powerfully headed the ball home from eight yards. This was a welcome 1-0 lead and calmed the nerves of the Lanzarote players. 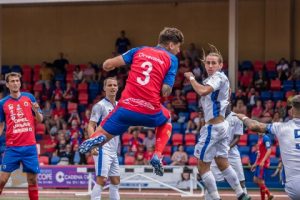 A good performance by Javi Morales topped off with the winning goal.

The mid table side did have a few chances in the first half but were mainly restricted to long range efforts, one of which keeper Alejandro saved well low to his right and another powerful strike was blocked by Javi Morales.

In the 23rd minute Nico González sent Rosmen clear on goal but the Lanzarote captain could only blast his effort wide from 10 yards.

Two minutes later and the Miguel Gómez show showed no signs of letting up when he brilliantly sent in a low cross across the six yard box. Two Lanzarote players slid in but neither could get their toe on the ball for a tap in.

The Rojillos were playing some good football and this was emphasized in the 38th minute. The Lanzarote defence dug themselves out of a tight situation and calmly passed the ball around to create space for Miguel. The 27 year old wizard then sent a delightful through ball to Nico Gónzalez but the Argentine saw his effort saved by the keeper’s feet from an acute angle. 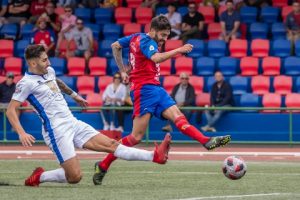 Nico González forcing the keeper into a good save.

Lanzarote should have gone into the break with at least a two goal cushion and in the final minute of the first half they came ever so close in doing so.

Miguel Gómez made the ball his as he shrugged off a defender and latched on to a ball through the centre, with the ball glued to his feet he drew the keeper but his side footed pass to the goal agonizingly went inches past the left hand post. 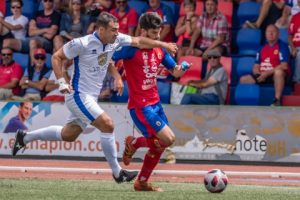 The exciting Miguel Gómez kept you on the edge of your seat.

The Tenerife side came out much more positive in the second half and as time passed the Rojillos defending got deeper and deeper as Lanzarote relied on counter attacks to extend their lead.

The visitors were pressing but there was little concern in the Lanzarote defence and in the final 20 minutes Lanzarote had a hatful of chances to increase their lead.

In the 74th minute great work from Ayoze Pérez found Rosmen but as the big man slid in and connected he saw his strike fly off the right hand post and away to safety.

Two minutes later and Miguel again turned his defender inside out but his strike from 20 yards was brilliantly tipped around the right hand post by the Marino keeper.

Alex Yunes also found himself on goal with 10 minutes remaining but from 12 yards he couldn’t get a good connection and his effort went wide.

In the final minute who else but Miguel Gómez wanted the final say when for the umpteenth time he cut inside his defender, then fired in a strike which you know nine times on ten is going to be accurate and with power but again the keeper did superbly tipping the ball away for a corner. 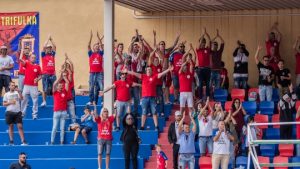 With just two league games remaining Lanzarote are in a good position and even have a chance of catching second placed side CF Unión Viera who they trail by one point.

If the Rojillos can finish second it will be advantageous for the playoffs but it could also secure them a Copa Del Rey spot for next season.

Next Saturday the Rojillos have a wonderful opportunity to secure an away win when they travel to face bottom club UD Las Zocas, the Tenerife side are the first team to be relegated from this divison.

Voting is now taking place for Lanzarote´s player of the season 2018/19 on Facebook Lanzarote football club and also on U.D. Lanzarote Facebook page. Voting ends on Sunday May 12th at 6pm. Photos of this match are also on that page. 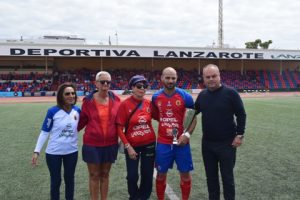 Fellow local club Yaiza are having a dreadful time at the moment. They conceded a last minute goal losing 1-0 to mid table UD Ibarra and have slipped into the relegation positions. They are scheduled to play CD Buzanada this Sunday 12th May at 12 noon (please check) at home and all Lanzarote fans are welcome to lend their support.

Fuerteventura club CD El Cotillo´s Houdini act is still on. Once 14 points from safety they are now just a win away from pulling off an incredible escape. They are unbeaten in four games having won their last two.

Huge congratulations go to the Lanzarote´s Ladies team. In their inaugural season they are Champions of the Lanzarote/Fuerteventura Ladies league. Well done girls! 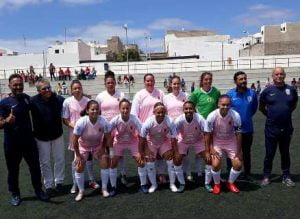 The Lanzarote Under 18´s have also done extremely well to reach the playoff final. In the first leg of the semi final they drew 2-2 away to CD Tahiche but in the return leg on May 4th they beat Tahiche 4-1 to win 6-3 on aggregate. 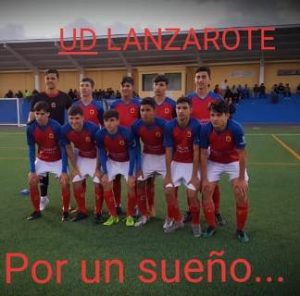 HOME MATCH THIS SUNDAY 5th MAY AT 12 NOON