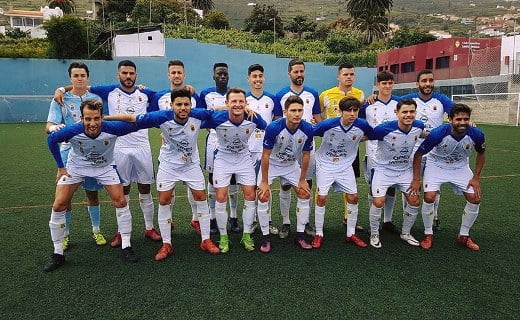 The Rojillos may have lost their 13 game unbeaten run on their final match of the league campaign but manager Maxi Barrera will be delighted that his makeshift side suffered no injuries or suspensions and will have a full squad for next Sundays playoff match. 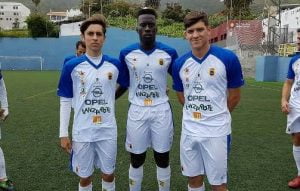 The Tenerife side came close to opening the scoring in the 7th minute when striker Arturo´s effort just cleared the crossbar. In the 15th minute a good centred cross by Fede Manzi found Lanzarote striker Javi Melian but he failed to convert.

The hosts took the lead midway through the first period when their Captain Vicente finished off a good cross and even though Rojillos striker Trujillo came close at the end of the half it was the home side with the 1-0 advantage at the break.

Lanzarote improved early in the second period and Dani García and Trujillo were close to levelling the score to continue the unbeaten run but it was the home side who were threatening late on.

Even with this defeat Lanzarote are in tremendous form heading into the quarter final playoff match 1st Leg this Sunday at home at 12 noon. It was just three months ago when the Rojillos trailed a playoff spot by nine points following four consecutive defeats.

The spirit in the camp is on a high and hopefully the local fans will come out and support their team in their attempt to return to Spain’s third league, Segunda B. Lanzarote will find out who their opponents are on Monday 14th May at 4.30pm.