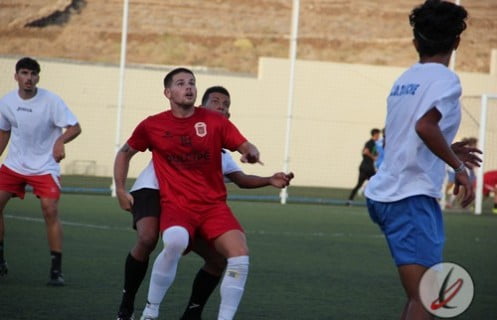 Unfortunately new boy and Rojillos top scorer Dani López has terminated his contract with Lanzarote for personal reasons. He has already returned to his island of La Palma and we wish him all the best.

Another cause of concern for U.D.Lanzarote is an injury for their Captain Rosmen. The striker has had a small knee cartilage problem and has been out of action for the past 2 weeks. He has had all the relevant scans and will need to go through a minor operation which will sideline him for around a month. 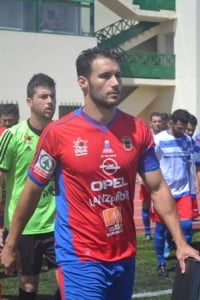 On a positive note Lanzarote have resigned Yeremy Mendoza (photo below). The 21 year old striker was with The Rojillos pre-season 2015/16 and performed superbly but also left the club for personal reasons.
As a teenager Yeremy was simply outstanding and he still has the potential to be a top striker in the Tercera Division.

Not only have Lanzarote signed Yeremy but long term absentee Brad Cockerill started his first match for more than a year and has fully recovered from his knee injury. Also another bonus is the return of Lanzarote’s class central defender Fran Gil. Fran has been out following a hernia operation and has not played this season. He has now resumed full training and was on the bench last week. 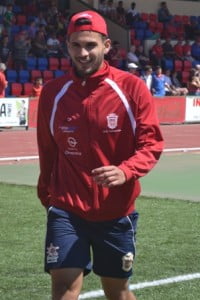 Center back Fran Gil on the road to recovery. 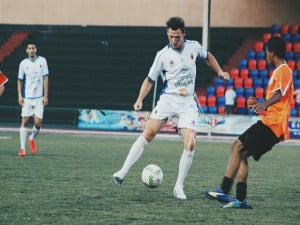 British midfielder Brad Cockerill back doing what he does best.

With both these lads returning it is as good as two new signings.

Quick reminder, Lanzarote will be playing at home, Sunday at 12 noon versus league leaders CD Marino.