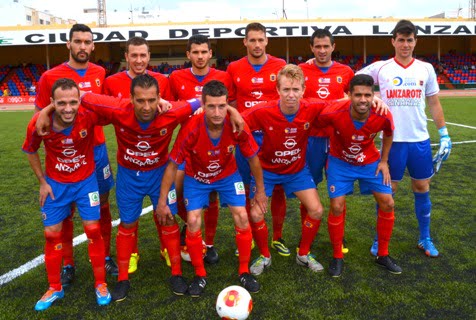 The Rojillos (The Reds) knew they were in for a mixed season with the upheaval of changing ground whilst laying a new turf on their own pitch and a court case with a former player came within a whisker away of ending the club.

The season began surprisingly good with a 1-3 away win in Tenerife followed by a home win. At the end of October Lanzarote were in fifth spot just one place off the play offs and then it all went sour.

Over the course of five weeks Lanzarote played the best four sides in the league and did not pick up a single point and moved into the mid table positions by Christmas and were to remain there over the course of the season.

The Rojillos played the majority of their home games in Tias whilst work was been carried out on their own ground only returning to Arrecife in the final few home games.

A court case that began in 2004 when Lanzarote were flying high in their brilliant cup exploits almost ended the club 10 years later. In the Copa del Rey  (F.A.Cup)of 2004 Lanzarote were awarded a home match versus Segunda A (Championship) side Racing Ferrol. The office staff of Lanzarote forgot to include player Quique Gandul on the social security payments, needless to say he was the player to suffer a career threatening injury. Even though he only had a one year contract with the club, the courts decided that Lanzarote should pay him off till he retires at pension age. This all ended with the club receiving a 457,000 Euro debt to Social Security. Fortunately the judge decided that Lanzarote could pay it on the Never Never as to stay in business.

This was by far Lanzarote´s toughest match of the season and to end this season still in Spain´s Tercera Division (Fourth Tier) is an achievement for manager Adolfo Pérez , players and the club.

The two British players the club has, had contrasting seasons. Ryan Macphee had an injury hit start and in January was loaned out to Regional club CD Puerto Del Carmen whereas 20 year old Louis Kennedy began slowly but ended with him being man of the match on several occasions as he grew in confidence with every match. 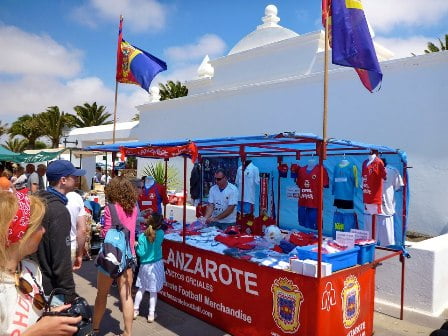 During the summer you can find me every Friday morning at the Puerto Del Carmen market in the Old Town harbour and also every Sunday at the market in Teguise (stall near public toilets). For four years the club has kept the same shirt but hopefully in late July/early August the new club shirt will be available. As well as the red and blue home shirt and the traditional white and blue away shirt, a third option will be available which is pink and white. 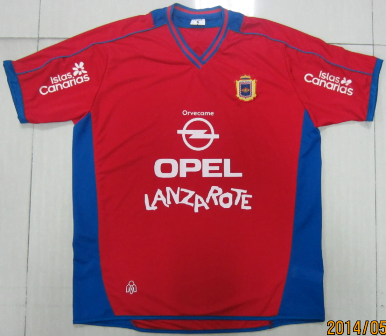 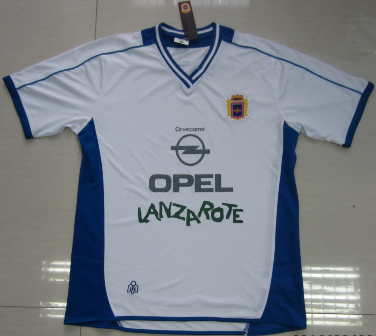 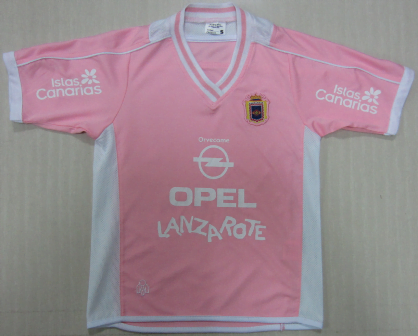 The football season in Spain normally kicks off the final week in August and the fixtures are only released a short while before that. The players will return for pre season around mid July and a few practice matches will be arranged before the traditional San Ginés tournament in Arrecife in August.

This website will not be updated until early August so if you require information please email me on info@mercancialanzarote.com however for friendly matches and latest updates check out Facebook and look for Lanzarote football club.