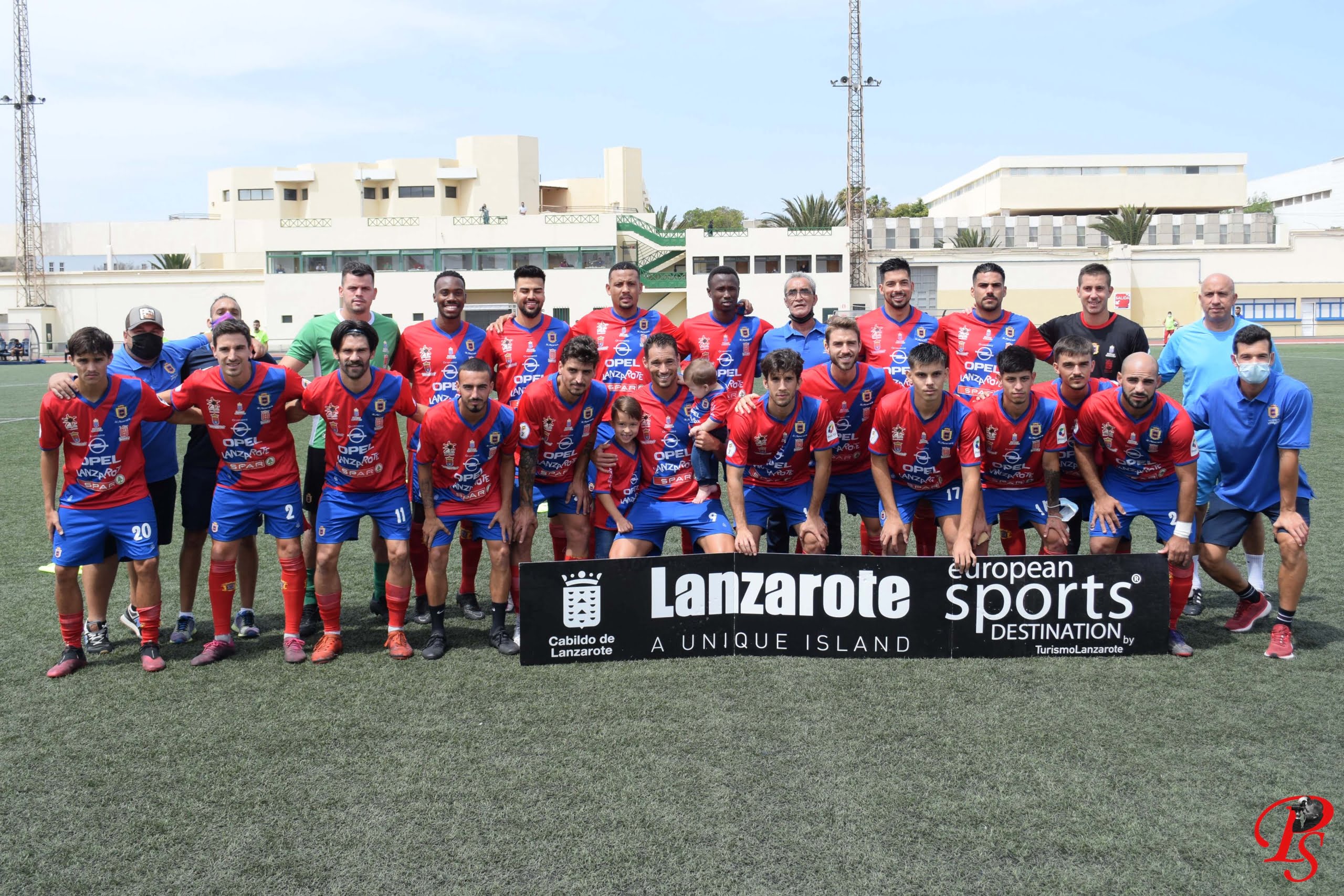 UD Lanzarote begins pre season this Monday 26th July in Arrecife in preparation for season 2021/22 which will commence on the 4th/5th of September.

This season there will be one league (unlike last season’s two groups) consisting of 17 teams fighting for one automatic promotion spot and another four sides to enter into the playoffs for promotion to Segunda B. It has not been confirmed how many sides will be relegated though it is expected to be five.

Only 16 teams are confirmed at this present time. The final available spot will be taken either by Tenerife side CD Laguna or local side U.S Yaiza. CD Laguna lead 2-1 from the first leg but Yaiza can easily pull this back at home this Saturday 24th July at 4.30pm. To see this match, tickets are only available from the Yaiza stadium ticket office Monday to Thursday between 6-7.30pm. Take ID with you.

It’s a difficult situation for both of these sides regards planning for which league that they will be in for the forthcoming season. Their 2020/21 season ends this Saturday whilst many sides including UD Lanzarote begin pre season for 2021/22 on Monday. We certainly wish Yaiza well as two local sides in a higher league can only improve football in the island.

Currently there are two new signings. Striker Rubén Blanco (Rubo) has arrived fresh from scoring 19 goals in Gibraltar’s top league. The 28 year old is tall and strong and has also played for CD Numancia in the Segunda A (Championship). 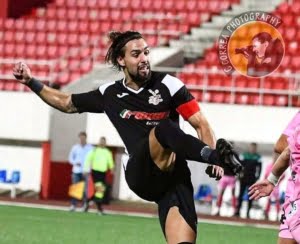 Striker Rubén Blanco ready to fire in the goals.

21 year old local lad Miguel Ángel Machín will also be joining the club from CF San Bartolomé. The club is delighted in securing the services of one of the islands most promising players. Miguel predominantly plays right back or in the centre of defence. 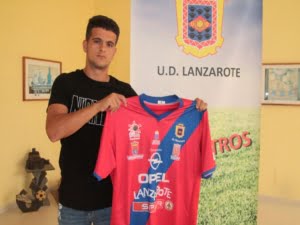 The club is looking to the youth of the island for its future and are extremely pleased to welcome back the UD Lanzarote B team. Leading this side will be the hugely popular Carmelo Hernández. The former UD Lanzarote first team manager will be concentrating on preparing youngsters for the opportunity of promotion from the B side to the first team.

There are normally three pre season tournaments with Tinajo usually the first however it is yet to be confirmed. The San Bartolomé tournament is confirmed with four participating sides San Bartolomé CF, U.S. Yaiza, UD Lanzarote and Segunda B side UD Las Palmas B.

The games are as follows:

The Arrecife Ayuntamiento (Town Hall) have not yet confirmed the most popular pre season tournament “San Ginés” though usually it’s around a week after the San Bartolmé tournament.

The season tickets/Gold Cards will be available soon and prices are very likely to be the same as they were pre Covid. As soon as the club have these for sale I will of course be promoting.

The Canary Island government still maintains the different level structure of Covid.  Lanzarote is on Level 1 however this could easily be Level 2 this Thursday, therefore the season will probably start with similar restrictions as we ended last season. This would include a maximum of 400 fans and distancing. This will need to be confirmed nearer the time.

TRAINING ON THE BEACH

Unfortunately last season the club were unable to hold the popular beach training session however they are hoping for a return of this early to mid August. Details will follow.

The difficulties of last season are in the past and for this season the aim of Club President Juan Carlos Albuixech alongside new manager Mateo García and everyone connected to Unión Deportiva Lanzarote is to challenge for promotion to Segunda B after a 12 year absence. 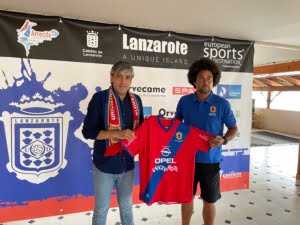